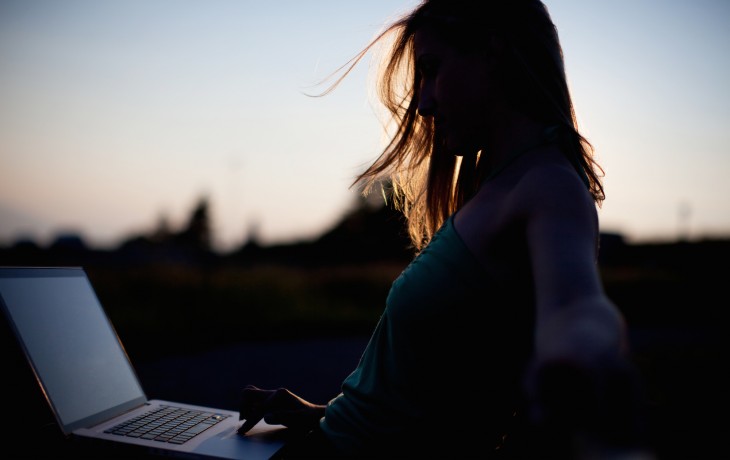 Mariel Norton is a copywriter for a digital marketing agency, and is also a relationship blogger for WeLoveDates.

Tallulah Wilson was just 15 years old when she took her own life back in October 2012. The gifted ballerina had been receiving treatment for clinical depression, but whilst creating an online fantasy of a cocaine-taking character, she began to share self-harm images on social networking site, Tumblr.

Shortly after her mother discovered Tallulah’s account and had it shut down, the teenager jumped in front of a train at St. Pancras station in London.

Back in 2002, Tim Piper killed himself at the age of 17. Following his struggle with depression, the student embarked on an online search for advice on how to commit suicide – later hanging himself in his bedroom.

While there are several reasons for using social networking, it appears that its main function is for increased contact with friends and family along with increased engagement in social activities. However, research has shown that young adults with a strong Facebook presence were more likely to exhibit narcissistic antisocial behavior; while excessive use of social media was found to be strongly linked to underachievement at school.

So if you take roughly 1.2 billion Facebook users and 450 million people suffering from mental disorders, what do you get? A global pandemic that’s showing no sign of slowing down anytime soon.

Cyberbullying is still on the rise

Quoting statistics from the Pew Research Center and the World Health Organization respectively, it’s frightening just how high these figures are – especially when you take into account the terrifying growth of online bullying.

Earlier this year, British charity ChildLine found cyberbullying to be on the rise; with children reporting 4,507 cases of cyberbullying in 2012-13 compared to 2,410 in 2011-12.

Why the increase? It appears that somewhere along the way, the privileges of social networking have been abused – both in terms of its meaning, as well as its victims.

It was back around the 2005 mark that the technorati heralded the dawn of social media; reaping the benefits of adopting real-time communication via a digital platform. Embracing unfamiliar terminology as well as transforming the landscape upon which standard norms of interaction were practised, suddenly choosing the appropriate profile picture became a first world problem whilst others agonised over which hashtags best summed up their tweets.

Yet there were much more pressing issues that over time would manifest into the difficulties we’ve only just started to speak up about today. This year marked the world’s first ever #TimetoTalk Day, where for 24 hours on February 6, 2014, people were encouraged to start conversations regarding mental health in a bid to end the discrimination against mental illnesses.

Though while this is one instance where social media can be seen as positive in the case of mental health, there have been many other situations where social networking has not been such a good thing.

The effects of social networks on mental illnesses

A matter of contention prevalent within the media, several studies have shown that social networking – Facebook in particular – can have detrimental effects on our wellbeing. Researchers from the University of Michigan assessed Facebook usage over a fortnight and found that the more people that used it, the more negativity they experienced concerning their day-to-day activities; as well as over time, incurring higher levels of dissatisfaction with their life overall.

Meanwhile, a blog published on Everyday Mindfulness uncovered a fascinating concept known as the ‘discrepancy monitor’; “a process that continually monitors and evaluates our self and our current situation against a gold standard.”

In a nutshell, we evaluate our own experiences against what we believe our experiences should be. But when comparing our own circumstances against that of Facebook, we become our own worst enemy – as the digital persona portrayed on this social network only highlights the ‘best bits’ from our short Facebook timeline, in stark contrast to our entire life’s work.

Need any more proof on just how damaging social media can be? Look to DoSomething.org, America’s largest not-for-profit for the younger generation and social change. Its 9 Ways Technology Affects Mental Health article brings to light several afflictions social media has on mental health, including depression, isolation, insecurity and more recently, FOMO, also known as “Fear Of Missing Out.”

The peer pressure to remain always connected – coupled with the 24/7 accessibility that mobile media provides – means that there’s always more than one resource available for users to get their digital fix; which unfortunately leads to the biggest demon of all: Addiction.

While there’s a multitude of self-help guides preaching their own best practices for handling the negative aspects of social media, the resolution begins with learning to use social media when appropriate and remembering that health is wealth – physically, as well as mentally.