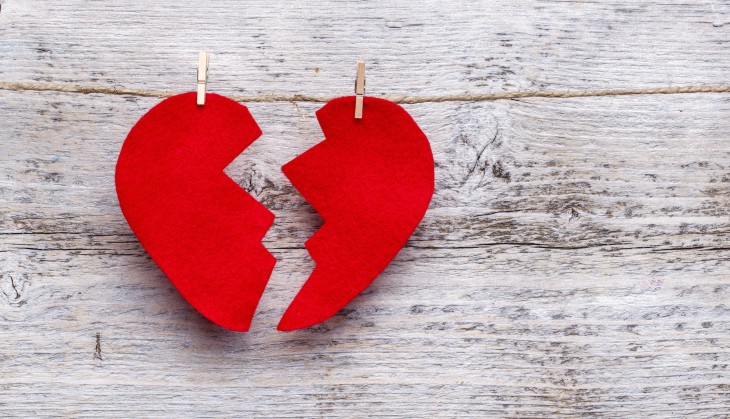 “We’d love to say ‘It’s not you, it’s us’ but it’s totally you. Not to be rude, but you aren’t the smart, funny social network we fell in love with several years back. You’ve changed. A lot,” wrote delivery service Eat24 in its breakup letter with Facebook.

Eat24 is one of the many brands reevaluating its relationship with Facebook as the site continues to make changes to the algorithm that affects organic reach. According to a study by ad agency Ogilvy, as of 2012, Facebook limited the organic reach of content to roughly around 16 percent. As of February 2014, the organic reach for brand pages was somewhere between 2 and 6 percent depending on the number of fans per page.

That means that even if your brand page has a million fans, only around two percent of those fans will see anything you post… unless you pay for it, of course.

Shifting Facebook to a fully paid platform will most likely also shift the types of content you’ll see on Facebook from brands. For example, brands will be more likely to treat the platform like an ad platform if it’s paying for every post. The landscape will no longer be about links and conversation.

In short, we’re about to see a whole lot of ads.

Of course, paying to boost Facebook posts is not in every company’s budget, especially for smaller business or non-profits. Without the ability to boost posts, it’s likely that many of these smaller brands will shift their focus to other platforms.

Joining the conversation in the comments on Eat24’s Facebook page (now defunct after the brand departed), fan Tim Skellenger wrote, ”I hope more companies join this and Facebook gets the message! Small business owners, musicians and many other entities rely on building our fan base so that we can ACTUALLY communicate with our fans. If we wanted to buy advertising we would. We already paid, we paid with all our time put into gaining followers for years and years.”

Young users are looking to other platforms

Advertisement is one of the driving reasons why many users (young people in particular) are abandoning the platform. As the site becomes more ad-ridden, and more parents, family or even police show up on the site, usership among young people is likely to decrease.

According to a report from iStrategy Labs, more than 3 millions teens have left Facebook since 2007, while the 55+ demographic has seen growth of 80.4 percent.

So where are all the young people going?

Instead, they’d rather be expressing themselves through photos or videos without the clutter of ads and annoyance from their parents. A recent survey that polled over 1,000 Internet users aged 13-25 found that Tumblr was indeed more popular than Facebook with around 61 percent of the demographic using the platform, while only 55 percent were on Facebook.

Similarly, according to the KPCB Internet Trends Report from 2013, Twitter, Snapchat and Instagram all saw boosts in popularity, while Facebook showed decline. Snapchat, in particular, grew from under million snaps per day in May of 2012, with more than 140 million as of April 2013. Similarly, Instagram and Tumblr have seen massive growth with Instagram gaining 60 million followers over 2013 and Tumblr quickly reaching a userbase of 47.49 million (which has since slowed).

With focus shifting towards other platforms, it’s likely both teens and brands (big, small or non-profit) will flock to channels like Instagram, Snapchat and Twitter. For advertisers in particular, it’s more worth their time to refocus their attention on platforms that have exhibited considerable growth in the past few years.

With a user base of a cool 1 billion+, Facebook will not be obsolete anytime in the near future. With all the data it has of its users, its advantage is the ability target ads better than other micro-blogs and social networks – making it effective and profitable despite losing the cool kids to Snapchat and Vine.

Plus, Facebook is extending its reach with the Facebook Connect option, that allows quick social login to many sites.

For brands, the platform will still be valuable as a paid platform, based on the site’s large user base and targeting tools. For Facebook, perhaps it’s just too big to care as companies that can afford it continue to use Facebook advertisements.

For young people, the future is less clear. Might the demographic rejoin Facebook when they go off to college and want to tune into their friends life moments? Potentially. A recent Global Social Media Impact Study funded by the European Union found that teens were indeed using Facebook as a way of connecting – not with friends, but with older family members instead. Go figure.

So the Facebook profiles will remain despite the inactivity. But will there likely be another “cool” platform for teens to try out by the time they leave for college? Definitely.

Read next: 12 ways to extend the life of every article you write