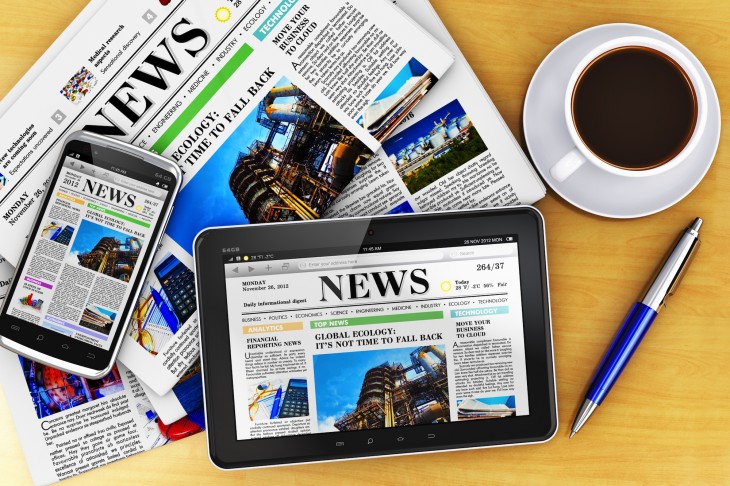 Anna Francis is the Content and Social Media Specialist at Blueclaw.

How do you usually find breaking news, or consume news in general? For the most part, it’s unlikely that you’ll wait all day to learn from nightly broadcasts or the physical paper the next morning.

In July 2012, the first Reuters Institute Digital Report found that 43 percent of Brits between the ages of 16 and 24 were most likely to discover news stories through social networks instead of using search engines. It was deemed that Facebook was the most important social network for news discovery, with over 55 percent of all news sharing taking place on the platform – compared to only 33 percent over email and 23 percent over Twitter.

A recent study from Pew Research, however, found that approximately half of Facebook and Twitter users find out about news on the respective platforms, but the real news source within social media is Reddit. The study showed that 62 percent of Reddit users found out about news from the site:

These are very significant findings, as social media sites have become a key part in both sharing and discovering news. News organisations around the world are now turning to the Internet and in particular social media platforms to reach their audience, as older forms of media (such as print) are beginning to have less impact as a “breaking news” source.

This obviously works out well for social media platforms. With more eyes looking their way, the viewership gives them a great base for advertising – the key here is for news organisations and social media networks to work in a smooth partnership and ensure that they do not get in each other’s way at any point.

The results of the survey are interesting, as Reddit is quite a niche site and with 69.8 million monthly users, it’s done incredibly well to compete against Facebook’s user base of 1.19 billion.

Do users find their news across multiple platforms, or are they loyal to just one network? The research from Pew has found that actually 65 percent of the news audiences get their news from only one site, with 26 percent finding it on two sites.

The interesting thing about this, is that for those who found their news on multiple sites, Reddit does not seem to feature as one of them:

This demonstrates that the news audience on Reddit are loyal to the site and unlikely to switch between social networks at any point.

But why is Reddit favoured as a news source? One of the main reasons it has such a high percentage of loyal fans, is because its main feature is being a real-time news aggregator where the most relevant news is dictated by the user base, not the media. With users submitting their own stories and news articles, the social network provides up-to-date news alerts and categorises them based on social voting.

After the Colorado shooting during a screening of “The Dark Knight Rises” in 2012, Reddit provided support and live updates with a board showing the statuses of victims; transforming the social network into a story board. Furthermore, Reddit’s threaded comments system is a simple way of curating the best comments (regardless of when posted) very quickly.

The main problem with Facebook when it comes to providing up-to-date news, is that it is often overwhelmed by pages of pictures and videos and streams of statuses and “mind boggling” quotes.

Added to this are an array of sponsored stories and advertising, meaning finding the latest headline can be like finding a needle in a hay stack. Facebook has tried to help make it easier to find content with the launch of hashtags – but ultimately, the newsfeed is where most users look to.

But is Facebook becoming old news? Not just yet. It still ranked third as a news source, showing Internet users still rely on it to provide up to date headlines and stories. As it proved to be the most popular network for those who take their news from more than one site, it still plays an integral part in delivering up to date news stories to audiences around the world.

With all this in mind, what does the future hold for Facebook? It has recently been reported that teenagers are ditching the social platform in favour of messaging apps such as WhatsApp and WeChat, as they offer a more private way for users to chat and share pictures without having to scroll through updates from the hundreds of acquaintances on Facebook.

It is easy to think that Facebook will continue to grow for years to come with more features drawing users back in, but MySpace showed us years ago that a fall from grace can happen at any point. Facebook is most definitely not immune to that situation.

Read next: This is the world's first Google Glass fart app