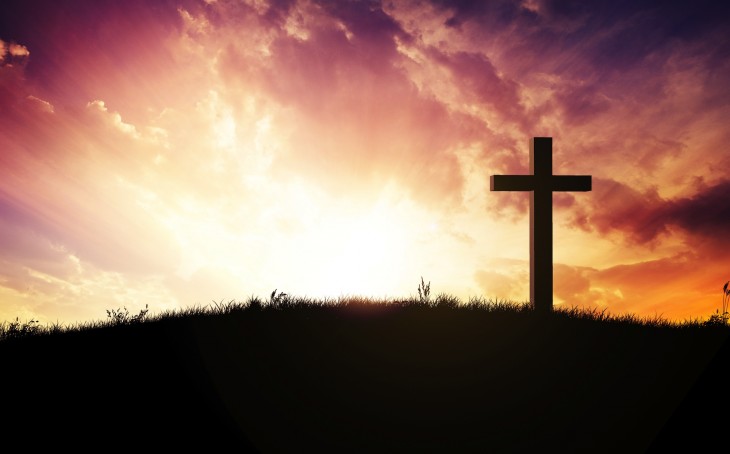 Death is nothing new to Dr. John Troyer. As Deputy Director of the UK’s sole centre devoted to studying the social aspects of death, dying and bereavement, he often asks his students at the University of Bath to imagine a world where they have just passed on and their parents or guardians have total access to their online lives – social networks, emails and all.

“By and large, the students, who are 18 to 23, look terrified,” he says. “The most pressing issue [with postmortem data ownership] is that no one really knows what to do with it, how it will be stored or for how long it will be stored. Standard Estate and Property Rights law could be used for passing the data along to next-of-kin, but there’s always the possibility that a person may not want their next-of-kin to see that data.”

A show this year at London’s FutureFest took Troyer’s answer to extremes. Inspired by H.G. Wells’ “The Open Conspiracy,” Jason and Samara Jones-Hall, directors of xHumed events, were asked by FutureFest to create a narrative, futuristic performance that asked what impact a 20th century speaker like Wells could have today.

“In the Imaginarium” proposed a world in 2,050 AD where being “xHumed – an umbrella term to capture all current thought and discussion surrounding digital resurrection” is the norm. The performance featured actors persuading the audience to vote for government funding to digitally resurrect “known quantities” – those who, based on their digital footprints, could provide “proven worth” to future societies.

By the presentation’s end, 86 percent of the audience had voted to support “unknown quantities” – those with little to no footprint whom xHumed argued “had yet to prove their value to society.”

Of course, it was no surprise that the audience wasn’t keen to let a faux agency quantify their worth base on past Facebook activity. What was more unnerving is the disconnect between the audience’s unease with that idea and the ease with which they “signed” their lives away.

“For us, the more interesting statistic was that 97 percent of the audience blindly signed up to our terms and conditions before starting the show, having been prompted to do so,” Jason says. “These were made available online and included only two clauses, one of which… assigned rights to storage and future use of their identities to the fictional xHumed corporation.

“Ultimately, this was the whole point of the piece – to show that the future belongs to those who control the data, so we shouldn’t be so quick to give this away so cheaply.”

The Jones-Halls’ purpose wasn’t just to trick people into realizing how blind they were, but to recognize how their data continues to be valuable after death. Looking back at some of the historical work of dead speakers, Jason believes there are hints of contemporary relevance despite having been written decades ago.

Take for example Wells’ original works, “The World Brain” and “The Open Conspiracy.” Jason says the pieces “essentially describe a model of the Internet and its potential impact on society that wouldn’t be out of place at a SXSW or TED talk today.”

With the majority of modern society encrypting their lives on the Web, it’s no wonder why death has become a trending topic in the tech space. Just last year, DeadSocial – a social network for the afterlife – launched at TNW Conference 2012. A few months after, Everplans, a social tool for preparing and dealing with death, emerged. But none explicitly acknowledges the monetary value of personal online information long after one has passed.

Brought back to life

In this past April, Canadian teenager Rehtaeh Parsons took her own life following severe abuse. Earlier this fall, dating website ionechat.com used a photo of the deceased teenager in its Facebook advertising. Despite apologies from Facebook and ionechat.com being removed from the web, the emotional damage to Parsons’ family was done.

Historically, Canadian law has awarded financial compensation to subjects—especially minors—whose images were used without their consent. What happens when these subjects have passed on and can’t exert their legal rights? Is it ethical to take data, whether nineteenth century texts or Facebook photos, out of context for external use?

Moreover, are people like Parsons—who became famous under tragic pretense—subject to postmortem manipulation as a “known quantity” that could add “future value?”

Troyer believes that the circumstances surrounding Parsons’ digital life might protect her postmortem privacy and bring more urgency to cyberbullying. But he also warns that the sheer volume of data exacerbates issues of ownership that could lead to more troubles.

“After we die, any number of fictions can be created about the life we lived,” Troyer says. “[Today], all of [our] information can be re-worked in countless ways, but that doesn’t guarantee that any of it will be accurate or true.”

With data production increasing exponentially, Sue Thomas, author of Technobiophilia: Nature and Cyberspace and an xHumed participant, says that for history not to repeat itself, we must legally protect our online lives.

“As a writer, I have arranged for my daughters to be my literary executors just in case my work becomes worth something sometime in the future,” Thomas explains. “But I should probably also ask them to be my social media executors, responsible for retrieving all my photos and other personal materials from Facebook, Google, YouTube, Flickr and my many other accounts, then archiving and closing them down in a dignified way.”

Most people are taught to prepare instructions in their will on how to dispose their body, or who will gain the rights to their property. But only recently did Google allow users to manage “inactive” data, including blogs, emails, and social network accounts.

“Unless I deal with this, my data will just remain the property of the social media industry and I’ll become an immortal ghost in the cloud.”

In an era where most are more willing to give away privacy for free rather than pay to protect it, the Jones-Halls say we must consider how each of us contributes to the problem. 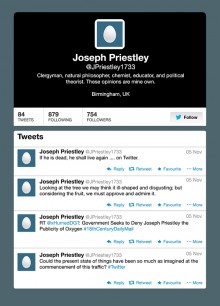 “The BBC will record and archive pretty much everyone because they can’t predict who will be popular—or necessary—in the future,” says Samara. “The point is to make sure that they are available, as and when they are needed.” This includes a possibility that your information is “needed” after you’ve passed.

“[They] couldn’t possibly have the resources to…archive every single person,” Jason adds. “But in the social media age, we’ve become pretty good at doing that for ourselves, without even thinking about it.”

You can already try to calculate how much you’re worth to tech companies in present time. Just imagine how these numbers will remain years into our afterlives.

Read next: PlayStation 4 first impressions: A shaky launch, but plenty of potential