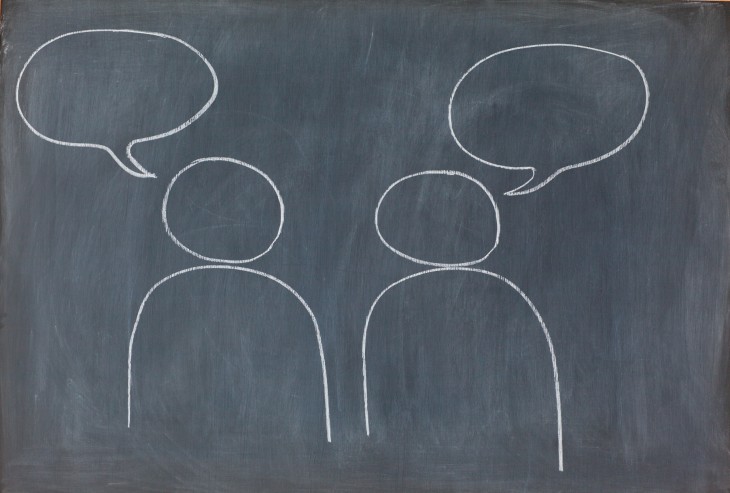 Online discussion startup Disqus is serving over 5 billion ads per month across 1.5 billion monthly page views, the company announced today in a blog post. As you may remember, it expanded its Promoted Discovery feature last October to help publishers monetize their sites.

In practical terms, Promoted Discovery adds an advertising component to the Disqus’ Discovery box that is already featured on many sites, including The Next Web. While the box is aimed at helping users find new content, publishers can now also decide to go beyond organic discovery and turn it into an additional revenue source by displaying ads in that space.

Promoted Discovery is currently available to a limited but growing group of partners; Disqus says that 10,000 publishers are already participating, with more joining every day. MTV, American Express, Citibank and Intel are part of its initial group of advertisers, 94% of which have already committed marketing budget to Disqus for the upcoming year.

An engaged audience for advertisers

Disqus’ selling pitch to advertisers is straightforward: it gives them a chance to reach an audience that is already highly engaged. In an analysis of organic discovery traffic following the introduction of its Discovery box, Disqus noted that users viewed 56% more pages and spent 166% more time on site on average.

According to Disqus general manager for audience, David Fleck, this has to do with the characteristics of Disqus users.”They are by definition in the conversation and more hungry for new content,” he writes. On the other hand, Disqus’ reach is another selling point for advertisers:

“By powering discussion on nearly two million websites we can serve both large and niche publisher sites in ways few others can. Using a native advertising approach, we can also reach the mobile web without disruption. And in turn, we help advertisers find their target audiences, wherever they consume content,” Fleck explains.

While Disqus doesn’t detail click-through rates, it boasts that “advertisers using Promoted Discovery to drive traffic to their sites see Disqus outperform similar traffic sources by factors of two to three times in areas where it matters most: page consumption, time spent and numbers of comments and shares.”

Revenue payments will be delivered during 2013’s first quarter to participating publishers, such as financial site Investopedia, which has been using Promoted Discovery for the last few months. According to its marketing and sales operations manager, Adam Smith, the site is quite satisfied with this new feature:

“In Disqus, we’ve found the perfect partner who has helped to elevate our community discussions, while bringing highly relevant content recommendations to the reader experience. For Investopedia, Disqus has meant more engagement, real community and an additive revenue stream that we will look to grow.”

Although it didn’t reveal how much money it made from the feature, Investopedia says that it outweighs the costs of using the Disqus platform. As you may have guessed, this is a crucial point for Disqus, and should boost its adoption among publishers that might have been tempted by competing solutions such as Outbrain.

Over the next few months, Disqus will give advertisers greater control of their campaigns by adding real-time performance reporting, enhanced control tools and mobile platform and geographic targeting.

In addition, it keeps on improving its algorithm to increase the targeting of the content it recommends. Relevance is key here; it means that publishers can boost page views and drive traffic to advertisers without annoying their readers. This is the challenge of Disqus’ model, but also its power, as it focuses on three parties at once: publishers, advertisers and users.