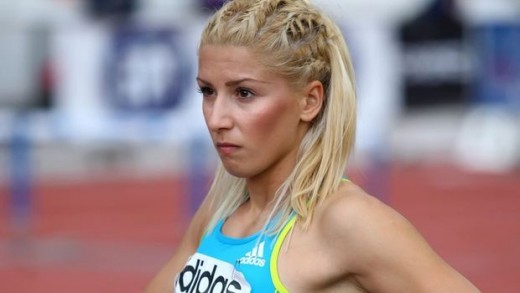 The London Olympics is seeing an unprecedented and much maligned crackdown on social media rules for athletes — but don’t worry, they’re getting themselves into all sorts of online trouble anyway. In the four short years since Beijing 2008, Twitter has grown from six million to more than 140 million users, just in time for the athletes to shame their countries and embarrass themselves at London 2012.

Here’s a list of things we’ve learned Olympians shouldn’t tweet if they want to stay out of trouble. And never fear, with the Olympic village reportedly the biggest alcohol fuelled shag-fest on the planet, I’m betting the best Olympian social media fails are still to come.

Australia’s swim team were first off the social media starting block with this gun toting gangsta pose uploaded to Facebook back in June. Nick D’Arcy on the left has a history of being a bit of a badass and was kicked off the swim team in 2008 after being convicted of assaulting a team mate, so these lads may not be the sharpest tools in the pool.

The Australian Olympic Committee gave them a social media ban for the entire Olympics, but worst of all told them to come straight home after their event, which means no crazy parties in the Olympic village and no closing ceremony. It’s all a bit harsh seeing as shooting’s an Olympic sport and you never hear of Olympic shooters in trouble for wearing Speedos. Then again, they hopefully wouldn’t post photos of it on Facebook either.

Aussie swimmer Stephanie Rice was in hot water for posting a photo of herself in, wait for it… a swimsuit. I know, disgusting right? The poor athlete somehow caused a national drama over the ‘racy’ photo she posted on twitter. You’d have thought she’d realized Twitter is nothing but trouble, at least after the drama she caused by tweeting ‘suck on that faggots’ in 2010 after Australia beat South Africa at rugby.

Ellie Gonsalves who sent her the bikini as a birthday present tweeted a matching photo of herself in solidarity. I was hoping this would be the start of a popular wave of similar photos of support. Sadly, the next two people to tweet wearing the teeny weeny bikini were blokes.

If your hatred for other races is so strong that you just can’t resist sharing it with the world, even at the expense of your career, you probably shouldn’t be allowed anywhere near the Olympics. Greek triple jumper Paraskevi ‘Voula’ Papachristou was withdrawn from the London Olympics for tweeting a racist joke.

The joke was probably forgivable and she might have gotten away with it, if it weren’t for the pesky and inescapable context of her avid support for the Greek Nazi nut-case party Golden Dawn. Even her apology was crappy. She only really said sorry for ‘the negative responses’ she ‘triggered’ — and only after the political pressure began mount.

Turns out, American hero Michael Phelps is a whiny baby. He tweeted a seriously dull message with the above accompanying photo, complaining that his new swim hat only had the American flag on one side.

What a patriot. You see the problem is, there used to be two flags, now there’s one, it’s just not fair, now he won’t look symmetrical in all those victory shots.

At least he has the disturbingly asymmetrical hat design to blame if he doesn’t win all eight golds again.

Summing up the innocent mindset of these Olympic athletes, naive Kerron Clement said he ‘didn’t think it would get headlines’ because ‘it was an innocent tweet.’ Did nobody tell him there’s no such thing as an innocent tweet? The British media went crazy when Kerron got bored of being lost on a bus in London and decided to tell the world about it. Apparently the bus driver got lost for four hours trying to find their accommodation so Clement casually tweeted about it.

He wrote: ‘Um, so we’ve been lost on the road for 4hrs. Not a good first impression London’ followed by, ‘Athletes are sleepy, hungry and need to pee. Could we get to the Olympic Village please.’

But all is forgiven now. Clement says he loves London so I guess he won’t be chased out of the country by angry East Londoners just yet.

Keep an eye out for your own Olympian social media fails and slap them in the comments below.

Read next: Mixtaping.FM does a good job of reimagining the mix-tape for the digital generation