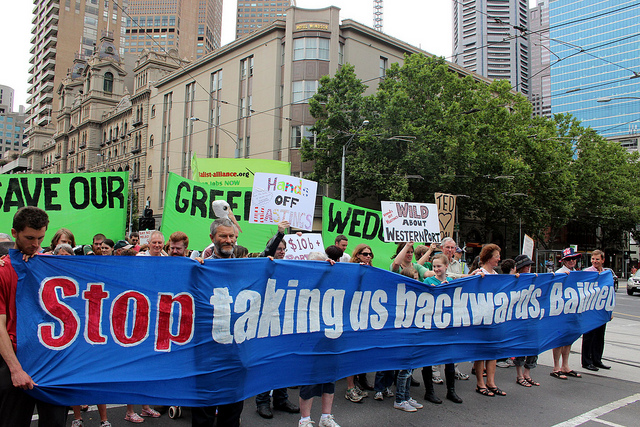 You’re connected to your friends and family there, you’re probably messaging them too and you’re snapping your photos and sharing videos to create your virtual Timeline.

Facebook – it’s the social operating system. Operating system is such a boring phrase, but that’s exactly what Facebook is becoming, and it’s smart. By replicating all of the functionality that you leave the site for, the company is making the play to become your platform for everything.

Today, Facebook announced that a new calendar view for events was created at a hackathon, and the experience looks ten times better than the existing one. It’s rolling out today, and I don’t have access to it yet, unfortunately. Here’s a look:

Here are some of the thoughts behind the hackathon process:

Before a recent hackathon, a few of us created a Facebook group called “Social Calendar Dreamers” to spark discussion around making Events more visual. At the next hackathon, engineers from the events, photos, messages and other teams hacked through the night to build a better way to view events. By 6 a.m., we had a prototype that worked.

Before Facebook, there was MySpace. Before MySpace, there was AOL. Both MySpace and AOL failed to keep its users happy and engaged with new features that took the place of what they were already doing elsewhere. AOL had a great chat, web and email experience, but didn’t incorporate things like calendars or productivity tools like Groups.

Zuckerberg and company are an extremely smart bunch, and the more features that get shoehorned into Facebook, the more it feels like Windows or OS X. Is it a social network, or a social operating system? Either way, the company is closing in on a billion users, and diehard folks don’t leave the site.

This operating system doesn’t ship on a CD or require a massive download, which has to be why Microsoft holds the company in such high regard. Will this type of lock-in via features keep all of its users around? Only time will tell. Eventually there will be a better experience for groups, calendars and messaging. Will Facebook merely acquire them? Seems to be their style. I prefer choice and flexibility, but that’s just me.

The only thing that’s left is a web browser. I wonder when that will come out of a hackathon.

Read next: Startups, failure is no excuse for failing to communicate.