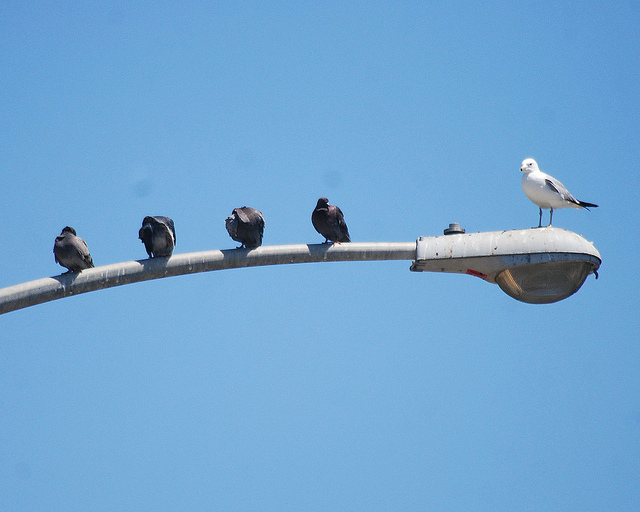 Last week, we told you about a new tweak to Twitter’s trending topics feature, called “tailored trends.” I completely understand what Twitter was trying to do by surfacing things that you might be interested in, but I have to say that it appears that the company has fired a blank with this one.

First of all, tailored trends are turned on for you automatically, as I came to find out. So, for about a half-day, I thought that the world really really cared about the hashtag #blogchat. Boy, was I wrong. The strength of Twitter is that the network it has built makes the world feel smaller. In an instant, you can find out exactly what’s going on all over the globe.

By switching people over to “tailored topics”, you’re making that large world too small. While the company didn’t explain exactly what goes into the algorithm for what it displays as tailored, it surely has something to do with what you tweet and favorite and who you follow. Or so I thought.

Take a look at my tailored trends from a few minutes ago:

While I have nothing against the service GetGlue, I have zero interest in this piece of “news.” In fact, it’s not news at all, it’s an advertisement for a tech publication’s “social media day” initiative. Basically, it’s garbage to me. The only thing that I can figure out about why it ended up being tailored to me is that it’s from a semi-tech publication and it got shared a bunch. Only thing is that it got shared by people who I don’t follow.

I’m sure the entire “tailored” idea will help Twitter advertisers hone their ads better, but if this is a glimpse into what Twitter thinks I’m interested in, the ads are going to be a big ol’ failure.

When I turned the worldwide trends back on, I was happy to see the global stuff that I’m really interested in. After all, this is why I love Twitter in the first place:

See that tweet about Nelly Furtado and a cat? That’s the kind of stuff I retweet and favorite. It’s in the moment, it’s odd, and it’s quite funny to me. Social media day advertisements? Not so much.

Twitter suggests that you can simply hop back and forth between different styles of trends to see what’s going on, but their UI doesn’t really support that.

Sure, you can click “change” on its website and then choose a different area, including tailored, but it’s a pain. Why not a dropdown, or let me choose a few favorites to switch between? It’s even harder to do on mobile.

I love Twitter, but the team really got this experience wrong for users. This isn’t about me being a “hardcore” user, versus someone being more “mainstream.” I always look at things like a regular old consumer and if Twitter wants this experience to be what these folks see, it’s barking up the wrong tree.

Twitter is global, and that should be the default. Please, please stop trying to be more like Facebook. Twitter’s “noise” is a part of its lure, and I personally don’t want algorithms created by people who don’t really know me telling me what I should know about in real-time.

As always, please do share your thoughts in the comments.