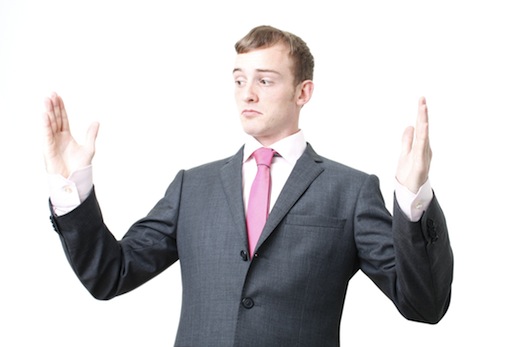 (Editor’s note: this is a guest post penned by Jan Rezab, co-founder and CEO of Socialbakers, a company focused on social media marketing and measurement. It’s based on his personal experiences, so your opinion may differ.)

The Klout score as a fun metric to express your social engagement – why not? People claiming benefits for a higher Klout score – fine. But seeing brands evaluating and granting VIP access exclusively to “influential” fans based on their Klout score made me step out and share my opinion on this matter.

Klout is by all means an interesting platform, which aggregates your social profiles to measure your overall influence across social networks. Don’t get me wrong – I believe that the whole concept of measuring social influence is a great idea – but it needs to be measured properly and used wisely.

Klout´s biggest mistake is that they wanted to become the standard of social influence so eagerly that they rushed into measuring all the social networks out there. But they didn´t realize that the only real platform that can be effectively measured for influence is Twitter (non-metrical) as the most open network.

Measuring Facebook and Google+ will always be tricky unless you have the permissions of all the persons’ friends to access their profiles (which is unrealistic).

This also applies to most of the other platforms measuring social influence. There´s a big variety of them and some of them are even doing a better job in measuring influence than Klout. Check out Peerindex or Kred for example. None of them have made it to perfection yet, but they are still better than Klout.

We decided to analyze several communities and people of different influence out there and compare their scores with actual numbers from their respective profiles, focusing mainly on Twitter and Facebook.

According to Klout, Socialbakers has a Klout score of 53 (sometimes it says 50) and I, as Jan Rezab, have a Klout score of 64. I keep wondering how come I have a higher score than my own company, which is by far more influential than me.

It has both its Facebook and Twitter profiles connected – together influencing 100,000 people, about 25,000 actively each week (data from Facebook statistics). Sometimes Klout scores of profiles with 125 followers and 200 friends match profiles with 100,000 followers and great influence over the topic. This is crazy.

When comparing my profiles to, for example, Facebook exec Christian Hernandez´s profiles, you can tell from the number of his followers, tweets, retweets, Likes, comments and shares that he is a better influencer than me. He is even a better influencer in the real world.

Yet I have a higher Klout score by 4 points. It´s not such a big difference, but it strikes you when you know that your friend is obviously more visible and active in social media. The Klout scores looked different for us a month ago when Christian was more “Klout influential” than me, which got me thinking – what happened during that time, how did I deserve the additional points? I certainly didn’t obtain more +K´s or anything like that.

The PeopleBrowsr reached a Klout score of 43 although they also have significantly more influence than I do and much more followers. Heck, they even got more +K´s! And I could go on and on like this for a long time.

So is the Klout score 86 or 82? Klout sometimes shows numbers that don’t add up.

What also surprises me is that Klout can only identify your TOP 10 influencers. Are they afraid to display more because their algorithm would prove to have its flaws?

Klout is grossly inaccurate not only in the field of “influence”, but also “interest”. The real danger here is that brands will just use Klout without really looking into it and just tick their box of social influence measurement – done.

The topics are something people really complain about and various people are “influential” about topics that they are de facto not influential about. Of course being influential about a topic means you can receive “Klout perks”.

According to Klout, Socialbakers has a “True reach” of 3,000 users. That´s the same amount of people that interact with our Facebook Page and Twitter every 10 days.

The “True reach” is actually one of the most “interesting” Klout metrics when you realize that local Twitter users with 1,000 followers (with only a couple thousand people in the community) have a higher “True reach” than Socialbakers with around 100,000 active social followers.

Carry out some research of your own – try comparing yourself to really close people and see if you would rely on the numbers to the extent that you would provide your fans with benefits based on a high Klout score.

As mentioned, the PeopleBrowsr reached a Klout score of 43 with 30 thousand followers. But there are people out there with just 100 followers and still get a 43 point score! I´m not sure that´s correct, because you always need to take size into consideration. Time for some transparency here!

I think that the biggest issue I have with Klout is the spam and the way they abuse their users. Naturally, all of us have strong egos but Klout has a way of playing with us in order to encourage us to invite our friends again and again or send spam +K notifications. It´s all a bit too much!

You might have heard about EmpireAvenue – they really “gamified” the influence game but they are not claiming that they are a “standard of social influence”. They admit that they are a game whereas Klout doesn’t (at least not yet).

Here´s an inside joke for social marketers: “What´s the biggest spam? Giving someone +K about Empire Avenue …”

When I opened Klout after a few weeks, this request popped out at me, asking me if I wanted to send it to 50 friends of mine. They surely want to make their service more viral but isn´t sending it to 50 people too much and crossing the line? Are you honestly supposed to do the marketing for them like that? Sending it to 1 – 10 people would definitely be more appropriate.

I think this tweet says it all and I 100% agree with it: “Klout loves to spam our social networks, ironic since it´s supposed to help us gauge our success.” (search Twitter for “klout spam” for some interesting reads).

You collect badges and strive for a central score, but rather than checking in to locations, it´s about the tweets you send out (and a lot of +K tweets).

So, marketers out there: Klout is not evil.

It can be used as a self-metric and a nice checking tool. Basically, Klout is a nice game to play – until you discover how to do it yourself.

I´m pretty sure that Klout could work on it more and become useful in the end, but if they will completely change their algorithm again, they will lose a lot of users.

At this point, their biggest problem is that each future improvement will potentially reveal even more mistakes and deficiencies – thus affecting its credibility and people´s trust in its scoring platform. Making the service better could in fact make it worse as the user´s Klout score will continue to jump up and down with no reason.

So how do we define social influence? Klout doesn’t present much about how it defines its Klout score, but I think its time to look at how social influence should be defined.

• Reach & Its Quality – We need a combination of a quantitative and a qualitative metric for reach. First off we can be looking at the number of followers. But quality of followers is a must, and also the area where they are from. Also why they are following a particular profile, and what are the interactions with that profile – plus what is the activity of that profile overall (is it an active social profile?)

• Authority – By the factors of reach, quality, and topic, we would have to figure the authoritative position. In a particular industry or topic, the most authoritative would be the person who most people follow and most engage with within that industry.

Theoretically, we could go to as far as creating the most relevant categories people talk about, and creating the ultimate algorithm of the ideal follower end engagement.

• Activity & Engagement – How does a user engage its followers? Over time, this engagement would be able to change quickly. E.g. if I don’t tweet for 1 month, my score would probably decrease significantly.

• Relationships – a person’s relation towards someone else and the relationship back could determine the influence over a particular topic – for example, if I would be a very active musician, and people will really follow me, and I will talk to influential people, am I really just piggybacking off their influence, or am I also influential?

Something that would be hard to define, but not impossible (e.g. who originates the discussions? Do they retweet my thoughts back, etc.)

• Platforms – different platforms differ in engagement. Should a viral channel with millions of view on YouTube be counted, and how? Does it have real influence, whatever topic it’s about? Some of these interesting viral videos could really affect the algorithms to show a false positive.

Should Facebook have a higher score than Twitter? Or only in some areas, where it is actually stronger?

This all could point to customer satisfaction and our knowledge of it in social.

These are very basic thoughts, but should be reflected in a wider discussion on industry standards for measuring social influence. I would like to encourage Klout, other companies, and brands to start that discussion and begin talking about influence on social networks more, and how it should be measured independently.

Basically, I think it’s time to talk about how social network influence should really be measured (meaning: not with a secretive algorithm).

This is not the secret sauce; it’s the marketing behind it. Maybe it will take a while but I am sure we will get there eventually.

I truly believe that social media influence can be measured, and I believe it will.

Read next: This will not help: Broadcast TV shows to receive content ratings online