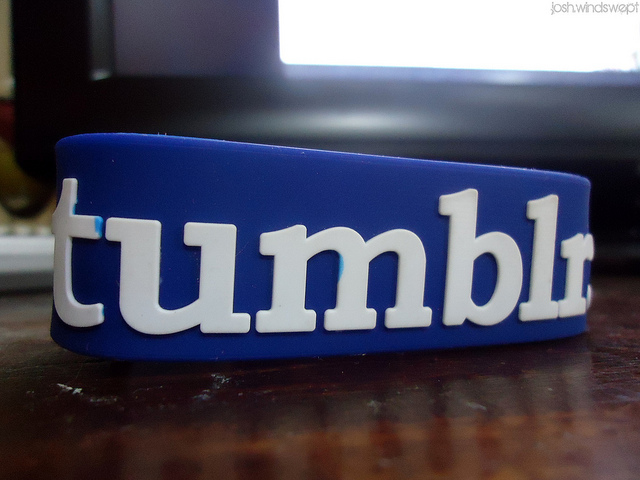 Tumblr‘s first official Sponsor products are now available to advertisers, the micro-blogging platform has announced. As of today, brands can now get featured in Tumblr Radar and Spotlight.

Both products are very popular among Tumblr users. According to the startup, Tumblr Radar boasts 120m daily impressions; as for the curated section Tumblr Spotlight, it reportedly drives tens of millions of follows each week.

This announcement takes place only a few days after Tumblr’s President John Maloney stepped down, shortly after the company announced its decision to explore advertising opportunities. This is what the startup’s founder David Karp then told AdAge:

“Right now my thesis is that we can make these features better for everybody, more useful and friendly to brands who have different considerations than users … to design features that allow that brand to promote themselves and the unique features they do have. And give different tools to the aspiring photographers. I think those features can be different and be optimized for different uses.”

From what we have seen so far, it seems that Tumblr is doing a fairly good job at seamlessly integrating ads into its overall experience. While sponsors will get discrete mentions in the Radar section, those who opt for Spotlight will get featured front-and-center:

If this wasn’t enough to attract sponsors, Tumblr also reminds them of its impressive metrics on its dedicated Sponsors page; as we reported, the platform has recently hit 20 billion posts, with nearly 50 million hosted blogs.