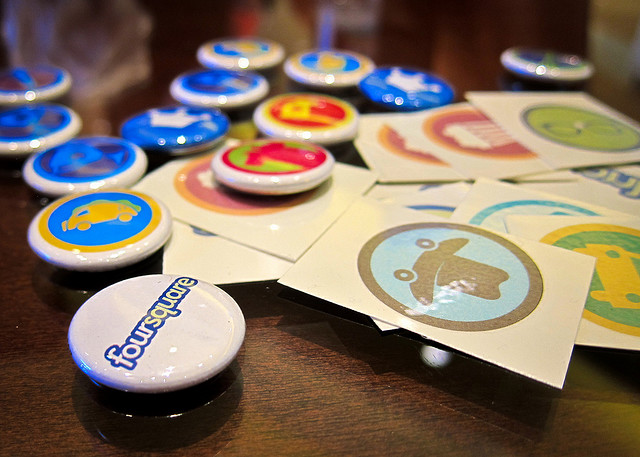 Celebrating what its users have christened 4sqDay, location-centric service Foursquare has announced that it now has 20 million users accounting for 2 billion checkins and adding another 10 million new members since it hit the 10 million mark in June 2011.

If a Foursquare user checks-in at a location today, they will automatically be awarded the ‘4sqDay 2012’ badge, which is the second annual celebration of the semi-official Foursquare Day, which was coined by its users back in 2010.

The check-in link takes users to a page which reads as follows:

In 2010, foursquare fans declared April 16 4sqDay (4/4^2 – nerds after our own heart!). Two years and two billion check-ins later, you’re still why we get out of bed each day. Thanks to all 20 million of you for making us part of your lives. Happy 4sqDay!

The service was flirting with 15 million users in December and is likely to have blasted past the 20 million user prior to today but this is the first reference to the milestone that we have seen.

Concentrating on expanding the use of its location data, Foursquare launched its “Explore” service, giving Google and Yelp a run for their money when it comes to helping you find a new place to eat or grab a drink. Foursquare has a vast amount of historical data that when put together can tell a story of whether a location is popular, whether your friends have been there, and what people think about the place.

It also provides the location-based features for other social apps, including the popular social journal app Path.

Foursquare might not have seen the explosive growth that Instagram and other mobile apps have experienced, but it’s working hard to put its data to good use and bringing revenue into the company.

Something tells us that the company is just getting started in regards to its true potential, we will of course bring you all the latest news from the company and its founders.

Read next: Betfair launches App Cloud for developers to build their own betting sites and widgets