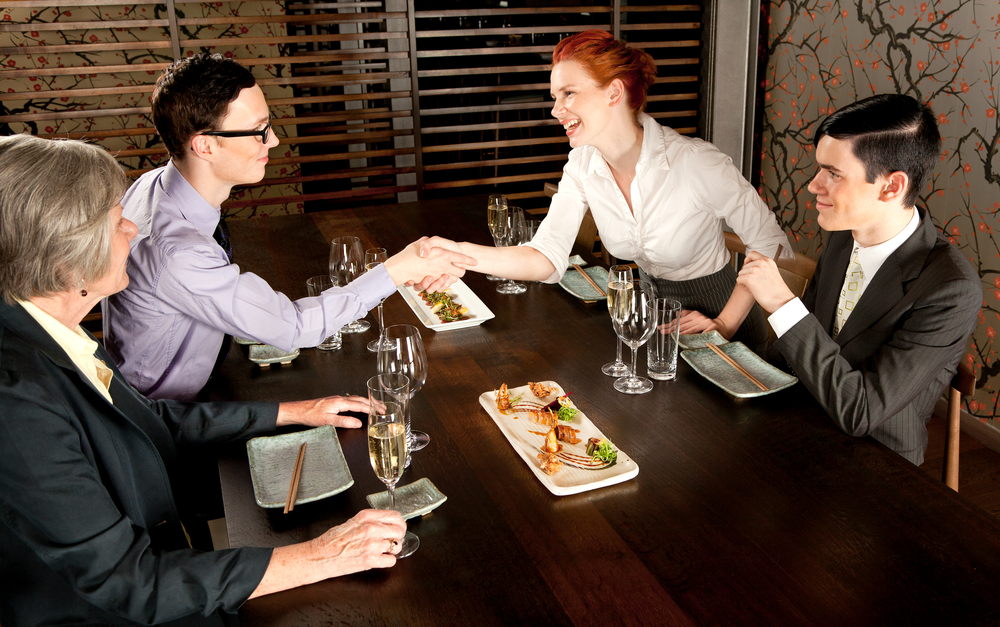 I never expected to pay to lunch with a bunch of strangers.

Although I’m addicted to going out for lunch, the reasons to use Wednesday.com escaped me. What was wrong with the people I was lunching with regularly?

However, the technology angel on my shoulder encouraged me to be open-minded. So when an email arrived from Wednesdays.com inviting me to a “Lean Startup Club Lunch,” I signed-up.

The lunch was billed as a way to discuss the previous night’s Lean Startup Club meeting (“Love’d it? Share your opinion of yesterday’s meetup with your fellow LSCers over lunch!”). I imagined meeting a group of diverse people who spanned generations, race, and gender, yet were all interested in entrepreneurship.

I had two practical problems here. First, I wasn’t going to attend the meet-up.  Second, at that time I hadn’t actually read Eric Ries’ The Lean Startup (which I since have, and is worth picking-up). But the lunch was being hosted at a local Turkish restaurant, and the half Turkish side in me required me to hit sign-up. Five other people confirmed for the lunch, which meant five people who could quiz me on my non-existent knowledge of Lean Startup.

Not surprisingly, the lunch was on a Wednesday. On my way there, I worried about how I would recognize the other “social lunchers.” Thankfully, when I got to the restaurant I noticed a guy who looked similarly confused. We quickly acknowledged our mutual Wednesdays.com connection. Doug Naegele is the founder of infieldhealth, a company he’s boot-strapped to date, has customers, and is looking to hire in the coming year. He’s a community leader in mobile health, regularly speaking at various mHealth conferences and events around DC.

Soon after, Ben Willman came up and introduced himself. Seeing two awkward guys at a table talking about technology presumably caught his attention. Ben was clearly the most knowledgeable about Lean Startup. He was working on ClientHat to help make virtual assistants more efficient, and told us about his process for customer development as well as his intense customer interviews. It seemed as though he had talked with every virtual assistant on eLance.

Even though five others had RSVP’d, only two had shown up at this point. Right as we were ordering, Todd Fisk came in and quickly joined the table. His startup was chartme.net, an iPad app that allows you to build beautiful charts of any data you want. You could use it to chart your running times, how much you’ve put in your 401(k), or anything else that might be worth tracking. Todd also didn’t seem to have read Eric’s book, but he was interested in how people were integrating its general principles into their work.

We had each paid a set $14.55 to sign-up, which included the restaurant’s lunch special, gratuity, and a $3.50 service fee to Wednesdays.com. The restaurant was semi-aware of what was going on, and gave us a menu of things to pick from. I had an amazing falafel sandwich and hummus sampler, which I enjoyed as I semi-deftly avoided exposing my non-knowledge of Eric’s new book.

I came into the lunch excited for an example of forced serendipity. I assumed that it would be a way to meet people from various points and facets of life, connected merely by our theoretical passion for a book about startup companies. I was wrong. The pre-selection filter that we voluntarily put ourselves through–our willingness to use a social eating startup, and our interest in a lunch discussing Lean Startup—resulted in a group of people shockingly similar. Four guys talking about technology is not exactly Earth-shattering.

Will I spend future lunch hours eating with strangers from Wednesday.com? To my pride’s chagrin, yes. While I had brought the wrong expectations, it was a way to take myself out of my usual group of friends and lunch buddies and discover new people to learn from. And if collaborative consumption startups lead me to new experiences and new people, I’ll ease off the skepticism.

Read next: Crowdfunding site Kickstarter accused of banning artist who received 'too much comment spam' [Updated]