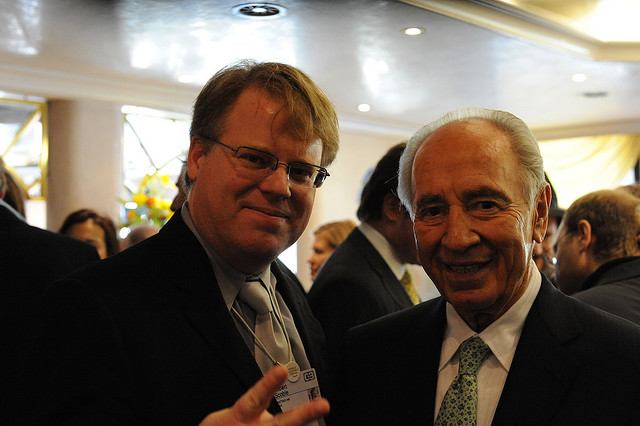 In a bid to reach out to the hundreds of millions of users on Facebook, Israeli president Shimon Peres will today launch an official page on the world’s most popular social network, calling people from all over the world to pose questions and even suggest ways to promote peace in the Middle East.

Today’s launch will see the Israeli version of the page go live, but Peres will travel to Facebook’s California headquarters in March to promote and launch an international page, where he will meet Facebook founder Mark Zuckerberg and give an interview.

This will be streamed to the world via the company’s own live video service Facebook Live, allowing viewers to pose questions to the Israeli leader.

Ynet News reports that the pages will be used to open an avenue of communication between residents of countries that Israel has not held diplomatic relations with, with the Israeli government hoping that it will enable dialog that helps bring people, rather than countries, closer.

Shimon Peres is believed to have earmarked March 6 to visit Facebook HQ, where a short video clip ‘Be my Friend for Peace’ will debut on the account, calling for Facebook users to engage on the new page.

“Launching a Facebook page for the president is an extremely important move to strengthening the ties between the president and the broad public throughout the globe,” added the Director General of the President’s Residence Efrat Duvdevani, “and it will form a platform to promote President Peres’ vision of peace while offering positive exposure for the State of Israel.”