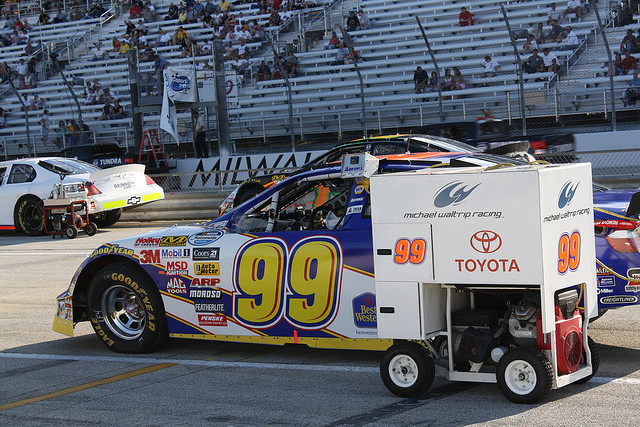 We’ve seen quite a few genius uses of the Google+ Hangout feature, including a question and answer session with President Barack Obama and 24-hour concerts from musician Daria Musk. For those who are doubting Google’s social features, the Hangout feature is getting traction from some interesting figures and brands and it’s becoming harder to deny that Google has a hit on its hands.

It’s also hard to deny that coming face to face with your favorite public figure beats out any other social medium we have at our disposal and NASCAR has taken notice and one of the more popular teams is holding two live “hangouts” on the Google+ platform.

Roush Fenway Racing is hosting the live event with five of its drivers; Carl Edwards, Greg Biffle, Ricky Stenhouse Jr, Matt Kenseth and defending champion Trevor Bayne. At 7pm ET tomorrow, the five drivers will be hanging out and taking questions live from their biggest fans. Not only is the Roush team popular, it’s the winningest team in NASCAR history.

If you have a question to ask the drivers leave it on this post as a comment and you might get invited to join the live broadcast to ask your question “face to face”. The race team will also be holding two other Hangouts leading up to the Daytona 500 on Sunday. The guest on Saturday will be driver Trevor Bayne and team owner Jack Roush will hold a Hangout the day of the race.

If you’re a fan of NASCAR this type of interaction is probably a dream come true for you. As more brands start utilizing Google+ features, the bigger the events will become. Can you imagine a day when Kobe Bryant leads his team to a win and then holds a Hangout from the locker room? It might not be that far off in the future if Google has anything to say about it.

Watching the Hangouts product evolve has been fun to watch and I can’t wait to see it integrated into Google TV at some point in the same way that Xbox has done with its Kinect product.

Read next: What makes or breaks a Web design is often hidden in the details