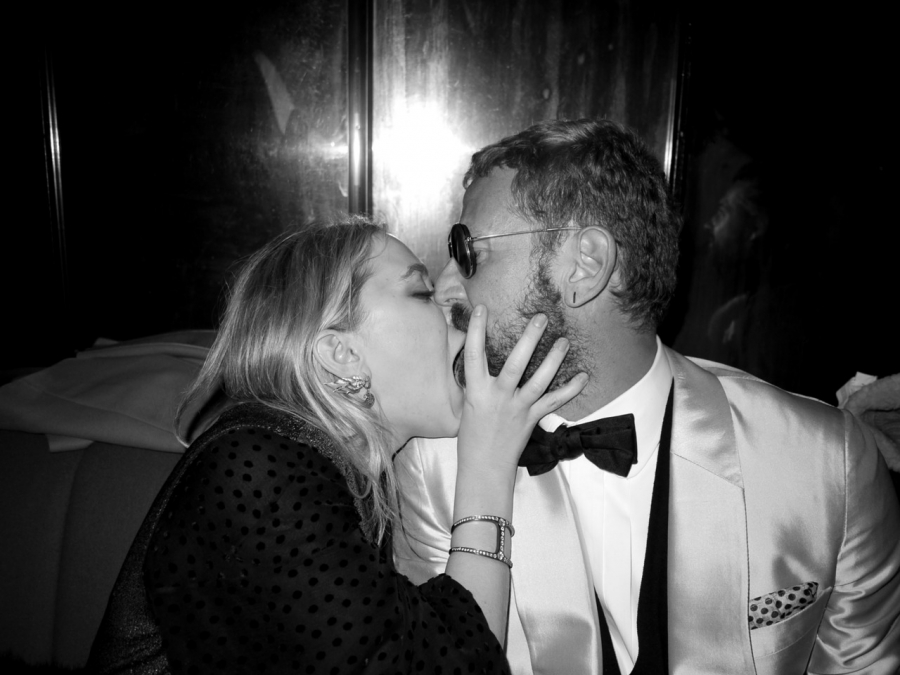 “For those in the audience who don’t know, Tumblr is somewhere between Twitter and WordPress,” explained Amy Vernon, a Tumblr expert and former journalist. She is also known known far and wide as The Bacon Queen (and is also a writer for The Next Web!).

In January, we announced that Tumblr serves 120 million people and 15 billion pageviews every month. Clearly, this is a platform that everyone in digital media and the world over is paying attention to.

Lindsey, who’s been spreading viral content around the Internet since lasers were invented (pictured below), posed the question: “What about Tumblr makes it perfect?”

“It’s all about observational humor,” she says. “Also, it’s very easy to make a Tumblr. Unlike Twitter, you don’t have to make up a new email address.”

“Single-serving personal Tumblrs are the best!” chimes in Russ. “Like Gordon Ramsay and Das Racist lyrics.”

“Or pictures of Lisa Simpson reading,” Lindsey adds. “That’s what’s so great. You can just throw up a photo or three and be done with the Tumblr, whereas with Twitter, you have to keep going with it. I think the ease of access to Tumblr is the biggest draw.”

In the 2 years Russ has been managing social media at Flavorpill, traffic to the culture blog has increased 200%. But, funny enough, Russ is relatively new to Tumblr, having moved over late in the game from LiveJournal.

In our interview with Russ last summer, he explained his magic: “When we use Tumblr, we avoid only posting our own content or reblogging what thousands of people have already seen. We take great posts on Flavorwire or an interesting event on Flavorpill and translate that to Tumblr. We also post a lot of weird art. The weirder, more obscure art pieces that always bear a 2nd, 3rd or 4th glance.”

“Suddenly, we started getting a huge amount of traffic from Tumblr! And no one even knew we had one!” says Jared.

The Atlantic launched in 1857 as an Abolitionist Magazine, and re-imagining a stuffy media outlet for the digital age hasn’t been all cat photos and lasers. “The way I approached The Atlantic Tumblr was, ‘What if it had been started instead in 1980 as a zine? What would it look like?’ That was the aesthetic and voice approach I took to the Tumblr,” he explains. “If content is smart and inquisitive, we reblog it.”

Russ and Jared both said that The Atlantic and Flavorpill are seeing social as a much bigger draw for traffic than search today.

It’s not all cats and lasers at Tumblr

If there was one theme that kept bubbling to the surface of our love of Tumblr teacup, it was that Tumblr isn’t perfect. For all the raging traffic on the social platform, it lacks an analytical background. Platforms like Reddit and StumbleUpon have paid media buying programs because they can provide traffic figures, Tumblr doesn’t. In essence, there’s no way to find out who’s looking at your Tumblr. For a marketing team, this is hell.

“From an operational and editorial standpoint, we adore Tumblr but from a business standpoint it’s hard to go to someone in corporate and ask for more money for the platform when we can’t even show them real analytics,” says Jared.

Tumblr, like many startups out there today, focuses on their user first and isn’t worried about a business model just yet– after all, traffic is simply insane. Rumors are swirling, however, that Tumblr is hiring someone to create an analytics dashboard. “They basically need to hire someone to figure out what the hell they’re doing,” one of the panelists joked.

“When Facebook began, it didn’t really have a business model. And Twitter still doesn’t. It just seems to be the status quo,” says Jared.

And yet, Tumblr isn’t just a platform for experiments in memery or an additional social media arm, notes Lindsey. Plenty of book deals have come from Tumblr like Look at This Fucking Hipster, My Parents Were Awesome and This is Why You’re Fat.

And in addition to traffic, Tumblr has even boosted The Atlantic’s sales of its print magazine. “We’ve even been hooking younger kids with our Tumblr,” says Jared. “Many teenagers have written to say that they’ve purchased the magazine because they loved the content on our Tumblr so much.”

So who is really rocking it out there in the Tumblrverse? The panelists ended with a list of their favorite Tumblrs. Check them out here:

Love Tumblr? So do we! Check out our column Tumblr Tuesday, where every Tuesday we celebrate our love of Tumblr!

Read next: YouTube brings 6 teenagers one step closer to having their experiments livestreamed from space