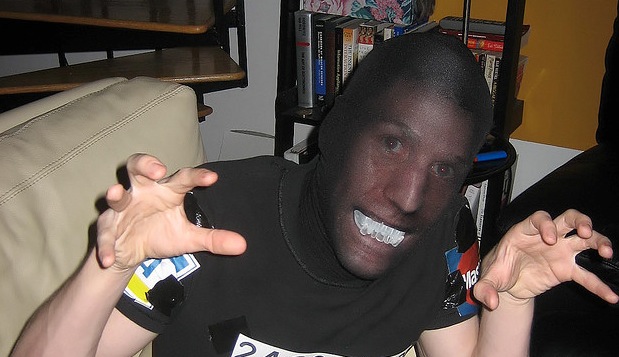 What happens when you’re simply too big to care? That’s a question that @WhatTheFFacts could answer, it would seem. The account, with its nearly 2 million followers, appears to be taking content directly from another account @MadeUpStats, then sending it out as if it’s original.

Only 1 in 17 Twitter users is actually as hot as they appear in their profile pic.

Only 1 in 17 Twitter users is actually as hot as they appear in their profile pic.

OK, so maybe if it happened once, it would be excusable. But according to the folks behind Made Up Stats, it’s happened numerous times, and in one instance, WTF Facts even took the tweet down, acknowledging the problem.

The real problem here comes down to a definition. If you put a tweet out there, is it right for you to expect that you’ll always be properly credited for the creation of it? There’s an argument as to why you should, from the blog post written by Made Up Stats:

The real point is, there are a lot of people out there who have decided to have a real go at writing on the internet; Twitter or wherever else they put it. We’ve seen the effort go into developing a good idea for an account, grafted away at it, and follower after follower, they have built up a crowd, all based on their own words, pictures or whatever. It’s hard work, but many do it because they want to see if it can evolve into something bigger, such as a book, column, film or novelty loo roll. For some, such as @dianainheaven, or @shitmydadsays, it works out, and we won’t hide the fact that we’d love to do the same.

Taken with this understanding, Made Up Stats has a valid point. Nobody wants their content stolen, but if you’re hoping to turn it into something more then it’s doubly insulting.

To make matters worse, the “facts” being taken by WTF Facts are…well…lies. And they’re not even believable lies, rather they’re amusing bits of nonsense, as is standard fare for the account. Things such as “Every day, humans waste 5 months attempting to insert USB cables the wrong way up.” Yes, that one was actually stolen and reposted by WTF Facts, an account that isn’t known for parody.

So weigh in, good readers of TNW. Does Made Up Stats have a case? Sound off in the comments.

Read next: Facebook's Open Graph may be bringing a younger audience to media outlets