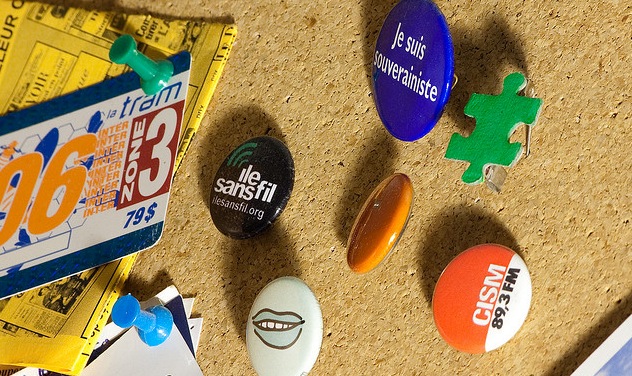 There’s no doubt that what interest-aggregation site Pinterest has managed over the past few months is spectacular. Recently reaching the milestone of 10 million users, the site has gained traction faster than just about any other site in history. But with that growth comes the responsibility to handle it and the site seems to be falling into spammer territory.

A couple of hours ago (as of the time that I’m writing this), Google’s Don Dodge started tweeting that Pinterest was sending him a mass amount of emails saying that he had been followed on the site, and then asking him to follow that person back. Rightly suspicious by the volume of emails that were being sent, Dodge connected directly to one of the people to ask whether the request was made:

“They said they received an email from me saying I followed them on Pinterest, and suggested they follow me back.”

In short, no, Dodge didn’t connect to them manually, nor did he state that he’s authorized Pinterest to do so via his Facebook account. It would seem, then, that Pinterest is mass spamming all of your Facebook friends who are connected on the service, then requesting of them to follow you in return.

Need further proof? Check out the screenshot below from SevenLunches founder Jeff Lee who recently joined the site. The arrow points to a “request” from Don Dodge. Dodge has specifically stated that he did not request to connect to any of his Facebook friends:

A couple of questions obviously come to mind. First, are you specifically giving Pinterest permission to do this within the settings when you connect to Facebook? There sure seems to be a lot of surprised people, if that’s the case. Second, even if you are, is Pinterest’s use of your contacts in this manner something that you’d knowingly agree to? It’s worth noting, but not even a question, that what Pinterest is doing falls way outside of the lines of best practices.

The company has had a bit of a rough go over the past few days. As it continues its astronomic growth, it’s been found that it is changing some of the user-submitted links to profit directly via Skimlinks. While the company has disclosed that it could (and would) modify links, the whole scenario just rubbed a few people the wrong way.

So what’s the right answer? First off, Pinterest needs to make absolutely certain that it’s being clear about its intention to add your friends via Facebook’s connection. Second, it needs to offer you the option to not have this happen. Third, notification emails should only happen for directly-initiated connections, or they shouldn’t happen at all by default. Finally, the company needs to do all of this really fast before the backlash hits.

I gave credit to Pinterest, a few days ago, for growing quickly because of smart marketing. But with the average Facebook user having 120 friends (and many folks having exponentially more), it’s easy to see how growth of active users like this could happen in a much less justifiable way. To quote a Facebook friend of my own, “spam called. They want their idea back.”

Read next: More than 90% of tweets from Twitter staff are sent via Twitter-owned channels