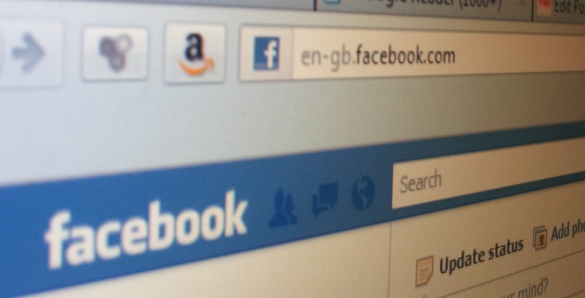 GlobalWebIndex, one of the world’s most detailed global insight studies into consumers’ online behaviour, has released the findings of its latest research which highlights both new and continuing trends in the way consumers access and use Web-based platforms.

GlobalWebIndex 6 (GWI.6) analyses key changes in online behaviour, and is based on interviews with more than 122,000 individuals in 27 Internet markets. The study series kicked-off way back in July 2009, and it has since delivered six waves of research – there were three in 2011, and there will be three more following this one throughout 2012.

Social networking: On the rise

The latest fieldwork took place in November 2011, and it has revealed that social networking is still the fastest-growing active social media behaviour online, increasing from 36% of global Internet users in GWI.1, to 59% managing their profile on a monthly basis by the end of 2011. This is followed by updating a microblog (e.g. Twitter), which increased from 13% to 24%, and uploading video which increased from 21% to 27%. Monthly ‘forum’ contribution declined significantly from 38% to 32%, between GWI.5 and GWI.6 while blog-writing stagnated at 27%.

But wait a minute – isn’t microblogging the same as social networking? Apparently not. The report has always differentiated the two in its research “as they operate in different ways”.

“Social networking is about building opt-in networks of friends and contacts with content and opinion-sharing confined to those groups, while microblogging is published to the world, and anyone being able to follow anyone regardless of whether they want to,” says Tom Smith, managing director of GlobalWebIndex. “There is a greying of this distinction, particularly with Google+ social technology allowing you to follow and engage with non-users, and with Facebook enabling people to follow brands and now celebrities for example, but for now the distinction is strong enough for us to maintain the difference.”

So the fact that ‘social networking’ is the fastest growing activity within the broader ‘social media sphere’ suggests that people still prefer the closed-off, intimate nature of some social networking activities.

The report says that the most socially-engaged market in the world is China, where 84% of Internet users contribute at least once a month to either social networking, blogging, video-uploading, photo-sharing, microblogging or forums.

Next in line are Russia, Brazil and India, demonstrating how the BRIC (Brazil, Russia, India, China) markets feature highly in the the social sphere. In the UK, the figure stood at 64%, the US 60% and in Germany 52%, showing that even in “less social” markets, contributing online is still mainstream.

It seems that digital isn’t a separate ‘media’ any more, as consumers are now turning to multiple platforms in their droves, and this is particularly evident in TV, which GlobalWebIndex says is now being consumed at higher levels than music online.

In the US, for example, while 90% of Internet users watch an hour of traditional TV a day, 27% also watch on-demand TV online, 10% stream live TV online and 8% stream live TV to their mobiles on a monthly basis. China is the leading Internet TV market, and its figures are pretty noteworthy, with only 65% watching an hour of ‘offline’ TV a day, while 53% are watching on-demand TV online, 40% streaming live TV online and 19% watching live TV via a mobile device.

The GlobalWeb Index reports shows that Google has cemented its position as the “world’s biggest controller of information” and is starting to dominate all access points to the internet.

Its core search product reaches more than 85% of global Internet users every month (up from 76.1% in GWI.1). Even in countries where local search competitors are strong, Google has still gained traction. In Russia, it now has 82% monthly reach compared to more than 90% for local competitor Yandex.

The GWI data also shows the massive growth of Google+, indicating that a massive 22% of social network users now have active profiles – peaking in India at 49%. However, it also points to fatigue in Facebook usage and stalling Twitter growth.

Although the report says that the number of visits to Facebook continues to grow across all platforms, the world’s largest social network has reached saturation point among active Internet users in more markets, with significant user-growth restricted to emerging markets such as India, Indonesia and Brazil.

More importantly across the three waves of research in 2011, Facebook users globally have reduced the frequency of key Facebook activities including sending digital presents, searching for new contacts or sending message to friends.

The latest data shows Facebook Fatigue is spreading in the US from the early adopters who it identified as “disengaging” in the GWI.5 report. Declines in social networking activity such as messaging friends fell 12% over the six waves of research, searching for new contacts fell 17% and joining a group 19% among all Facebook users in the US.

“The sixth wave of GlobalWebIndex shows increasing fragmentation of the global internet,” said Tom Smith, managing director of GlobalWebIndex. “Thanks to social media, consumers in emerging, fast-growing internet markets such as Brazil, China, India or Indonesia are contributing more online than ever before, leaving behind traditional markets such as the UK, US and Germany.

“This creates a more localised Internet, where each market has a different behaviour type, relationship with brands and attitudes towards the role of the Internet,” he continues. “The concept that the Internet would drive a singular global culture is false. Brands and content producers will need ever more localised strategies.”

The GlobalWebIndex barometer is used by some of the world’s biggest companies, including Starcom MediaVest, Ogilvy, Nokia, Boston Consulting Group (BCG) and BBC Worldwide.

Read next: Incorporating your business? Here's what you need to know