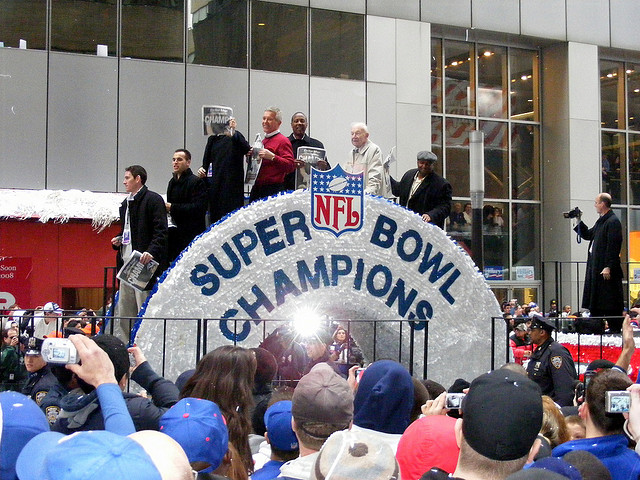 The Super Bowl is this Sunday and everyone’s talking about who’s going to win the game. In a rematch of Super Bowl XLII, the New England Patriots look to exact revenge against the New York Giants. Four years ago, the Giants won 17-14 in a ridiculously close game. While we can’t predict exactly who will win and how, a social media monitoring service called uberVU knows who the crowd is picking. The company has clients like NBC and PayPal, so I’m ready to trust their analytics and methodology.

Between January 15th and today, uberVU analyzed a ton of data from Twitter, blogs, Facebook Pages, news sites, Digg, and YouTube to put together some interesting information about which team’s quarterback is the most popular, and which team has the loudest following.

Tom Brady of the Patriots was a clear-cut winner among the QBs, with the two teams close when it comes to online sentiment. After clearing out all of the spam and duplicates, this data is leading uberVU to pick the Patriots to win Super Bowl XLVI. It’s not an exact science, but it’s fun to look at this kind of data.

Click here to see the info in its full larger glory:

Read next: Remember that Gawker redesign? A year's worth of data says it worked