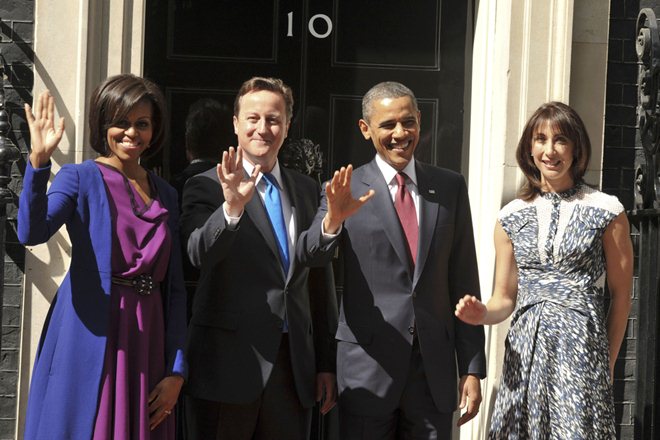 Here’s a different take on social networking, Indian-born businessman Vivek Ranadivé is introducing a ‘Facebook for world leaders’ through TopCom, a private social network that combines Facebook, Twitter, e-mail, texting, and Skype, according to Esquire.

The site is targeting the world’s elite and, as such, it will launch at the World Economic Forum (WEF) in Davos this week, as it looks to catch the attention of the world’s most powerful politicians and business figures while they are together in one place.

Ranadivé, who is a published author and New York Times bestseller, has developed Topcom through Tibco Software, the Palo Alto-based firm that he founded back in 1997. The 54 year old is aiming to change the world by encouraging the top 200 world leaders to communicate directly through the service, which is described as a “ridiculously secure” version of its tibbr, its information and messaging system for the enterprise world.

Esquire is rather gushing of tibbr, calling it “one of those innovations that five years from now we’re all going to think we’ve used forever”, but in reality it is Quora-like in allowing users to follow and get updates from people, subjects and events. It also allows group, individual or selective message, in a similar fashion to Google+ and private social networks like Convofy.

Nonetheless, the concept has the support of WEF founder Klaus Schwab, and the German economist lauded the possible benefit by cited the example of Japanese Prime Minister, who could use it to raise awareness and get help in the event of another tsunami.

Japanese prime minister Yoshihiko Noda can post a video of himself — viewable only by the top two hundred — asking for help because a major earthquake has caused a tsunami that’s approaching his country.

Minutes later, Schwab would see the message and call for an immediate videoconference among the appropriate world leaders to get Japan aid in the quickest way.

CEOs of companies that have facilities near the impact site — there’s a Nissan plant close by, for example — could join forces for evacuation and figure out how to address interruptions to their supply chains.

Indeed, Prime Minister Noda was actually consulted by Tibco, as the company sought his input and feedback on how a system could benefit him and his country, before it made its big pitch to the WEF.

While it may sound like an interesting concept, the spate of hackings earlier this week — which saw the FBI’s site tumble — should immediate bring up a massive red light. Even if Ranadivé and Tibco are experienced and skilled at building strong defensive systems, and Topcom were to take off (a big ask in our opinion), can you image the fun that Anonymous or others might have here? A world leader social network would be an obvious target for trouble.

In reality, the concept is an example of social networking gone mad. Esquire is quite a fan of the idea, and systems, but global leaders have communicated fine for some time now, which brings in to question whether another ‘solution’ is really necessary. After all, most of the World rallied round to support Japan during last year’s crisis, offering aid, donations and assistance for the country, while news spread quickly across the Web.

Then there is the usage problem. Most politicians don’t have time to operate a Twitter or Facebook account, let anything else; if their staff are to use it, then the possible impact of TopCom diminishes significantly as it becomes just another news and messaging stream.

Besides, since when was the telephone, email, fax and a range of other ways, including social networks, not sufficient enough for maintaining communications. You know what they say about fixing things that “ain’t broke”.