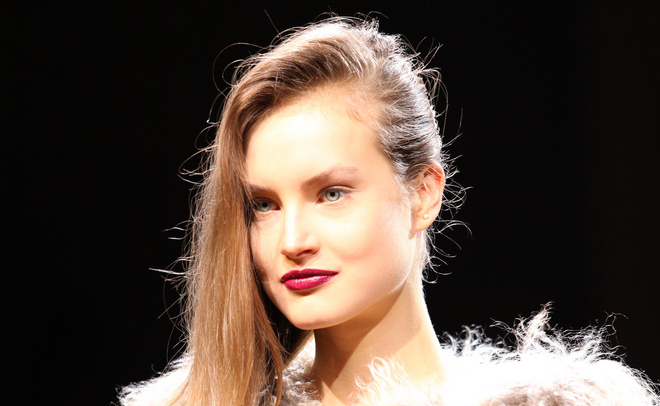 This post is brought to you by Mercedes-Benz. Every day, we strive to fulfill one simple promise: the best or nothing. Visit MBUSA to learn more.

It’s impossible to deny the power of social media. Facebook, Twitter, YouTube and even Tumblr and Instagram have all transformed the way our entire society functions, bringing forth new ways to interact with our family and friends.

There’s one industry in particular that’s a natural fit for social media: Fashion. What you wear is inherently meant to be shared, as it’s first and foremost a representation of yourself — one that many like to broadcast out for all their friends to see.

Fashion is entangled in the photos we take of ourselves, and the brands we embrace are often chosen to help others understand who we are. In other words, social media’s natural fit and only makes sense to see major brands getting involved.

It would be impossible to write this post without highlighting Victoria’s Secret. Through expert strategy and a very large bank account, VS has managed to wrangle in nearly 17 million likes on Facebook, and is currently engaging over 250K users at any given time. This alone would be plenty impressive, but the brand is also over-active on Twitter and YouTube, extending its social media reach into every conversation possible.

Lucky! RT @korilaurel: I love getting my #pinkreps @VSPINK packages!!! Feels like Christmas all over.instagr.am/p/h9VQK/

Levi’s was one of the first major companies to embrace Instagram, using it to share “products that will be released in [its] forthcoming collection, as well as images that represent the brand’s personality (via PSFK).”

Marc Jacobs has done an impressive job integrating its brand into the traditional social media sites, but the high fashion brand really shines when it comes to its work with Foursquare. The companies actually partnered up to create a “Fashion Victim” badge which was used to score free Fashion Week tickets in NYC.

According to WWD, “there are only three [high] fashion brands on Facebook that have passed the five million “likes” milestone: Burberry, Gucci and Dior, with 9 million, 5.5 million and 5.4 million fans, respectively.”

Net-a-Porter, one of the UK’s top fashion websites selling luxury fashion brands, has proved to be one of the more creative fashion retailers on Facebook, maintaining a fun and playful style.

I enjoy quiet time too. Am thrilled you are reading The Sixes. RT @Bethenny I’m escaping into the bedroom to read kate white’s the sixes…

Twitter has become a natural place for trend setters to converge, including Vogue creative director Anna Wintour, Cosmo editor Kate White and Teen Vogue Senior Fashion News Director Jane Keltner deValle, whom are all personally active with their own accounts. Twitter itself has even gotten involved in NY Fashion Week, blogging about it back in 2010.

Coach has historically lead the way with blogger collaborations. “As a brand, Coach was one of the first to partner with bloggers to design, style and blog about new product and to have them appear in its ad campaigns. To date, the brand has launched nine blogger-centric programs—the first of which occurred in November and December 2009, when 30 bloggers participated in holiday-themed posts (via WWD).”

Smaller, independent fashion blogs like LoLo Magazine, Glitter Guide and Broke & Chic (my girlfriend’s blog) are all building communities around different editorial voices. And though many major blogs have gravitated towards WordPress, Blogger (believe it or not) is still a very powerful place for bloggers, and many boutique fashion shops like ModCloth are really taking advantage of the personal style blogger’s ability to reach a mass of young readers.

Forever 21 is one of the few major brands that has their own highly active blog, while not being afraid to talk about clothing and trends beyond its company.

Lookbook.nu, Chictopia and IFB are just a few examples of social fashion networks and communities building up on their own. Startups like Fashism and Go Try It On are tapping into this community as well. Other social fashion startups include Mikkat Market, The Coveteur, Rookie, Moda Operandi and Warby Parker.

With social media’s massive growth over the past few years, it’s not surprising to see that brands go where their customers go. And since around 800 million active users are on Facebook, companies have followed suit in hopes a grabbing a bigger piece of the pie.

What can we learn from the fashion industry’s deep integration with social media? Share your thoughts via the comments below.

Read next: Why the end of Microsoft Points bodes exceptionally well for Windows 8