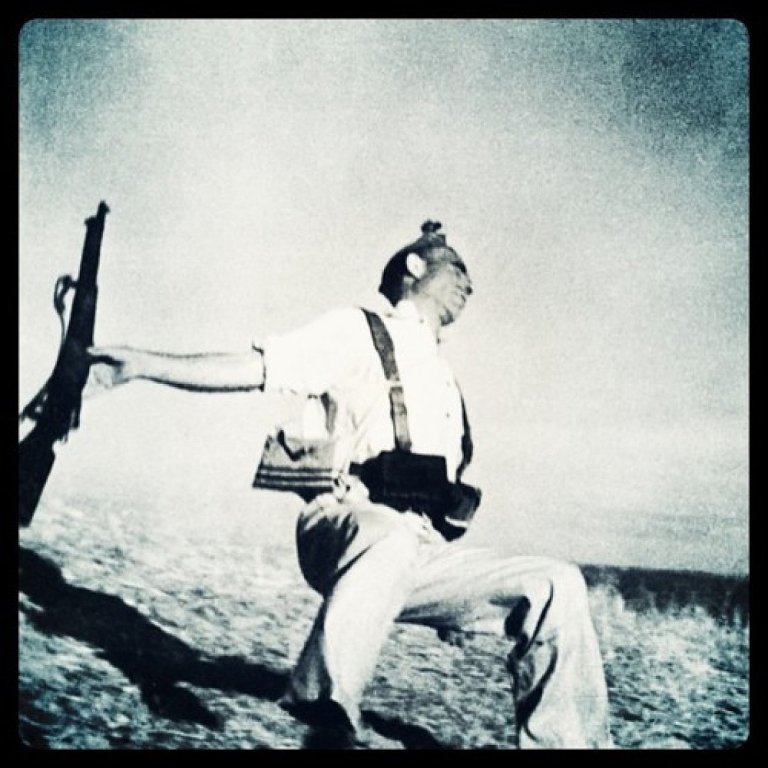 Welcome to our twenty-first Tumblr Tuesday, where every Tuesday we celebrate our love of Tumblr by interviewing the mastermind behind a new blog. Tumblr, a New York City based startup, is like the FFFFound for the rest of the world. It’s as shareable and fast-paced as Twitter but populated with more in-depth text and rich images.

For this week’s Tumblr Tuesday, we caught up with Andrew Emond the creator of Mastergram, a site that runs famous and iconic images through Instagram filters. We first covered the site in September, shortly before Time claimed it as a Tumblr of the Week. As it continues to generate interest and controversy, we decided to sit down with Emond to find out who he is and what his photographic experiment in distortion project is all about.

CBM: Who is the master behind Mastergram?

Andrew Emond: I’m a photographer and designer from Montreal, Canada. My most recent major photography project has involved making my way through the sewer systems of my city, which I keep a record of at Under Montreal.

CBM: What was the inspiration behind Mastergram?

AE: It started out as one of those “wouldn’t it be funny if…” kind of things. I wanted to poke fun at the technology and I was surprised when I saw that no one else had done it yet. I had never used Instagram before starting the site, although my wife used it a lot at home. Like some photographers, I had mixed feelings about the way the app was being used and the extent to which it was changing the look of photography. I wanted to make a bit of a statement about what the app was doing to images, for better or for worse. I went into this with some bias against Instagram, but the more I used it, the more I began to understand its appeal and see its potential as a creative tool.

AE: I don’t think it really matters if the work is old or new. I’m also converting photographs taken over the past decade, but many of the older ones just happen to be better known. I like the idea of new technology being used to reinterpret or reimagine existing work. In a related photographic experiment, I recently put up a site where I converted Robert Frank’s “The Americans” into sound. I love the idea of tools being used in ways that were unintended. It’s an easy way to get people talking, and in the case of Mastergram, there’s been a lot of debate about copyright and whether or not Instagram makes photos look good or bad.

CBM: What are other examples of art that you’ve seen that are similarly tweaked with new tech?

AE: I think the best place to look for similar sorts of tweaks is YouTube where there’s an abundance of people doing things like re-cutting movie trailers or transforming pop songs into twenty minute opuses by slowing them down or applying autotune. Obviously some of these things are silly, but it’s always interesting to see. Similarly, there are artists now creating work using thousands of snapshots posted to Flickr or Google Street View’s imagery. We’ve never been more inundated with digital photography, and I think it’s fantastic to see people creating new work using this flood of data.

CBM: How many contributions have you received? Or do you tweak all the photos yourself?

AE: I’ve done all the tweaks myself. I’ve received requests from people for certain photos, but so far no contributions. I did have someone from Turkey offer to be my “assistant”, but I assured them that it was far too simple a project for me to ever require that sort of help.

CBM: What are the 5 best Mastergrams?

AE: I couldn’t pick five. Sometimes the “best” ones are simply those that dramatically change the tone of the original. Of course some people might also see those as the worst because they’ve debased an image that’s often been held in high regard. My personal favourite is the famous photo of a bullet passing through an apple taken by Harold Edgerton, if only because the thought of such a picture being taken with an iPhone just seems so ridiculous to me.

CBM: What are other Tumblrs that we should know about?

AE: I’m relatively new to the tumblrverse, to the point where I’m not even sure if that’s the term people use. Tumblrs I enjoy are photographer Alec Soth’s Little Brown Button and Proustitute. More closely related to Mastergram, Instagraham is always posting good material that makes use of the app.

Read next: The story behind Wunderkit, the impressive new social productivity platform [Video]