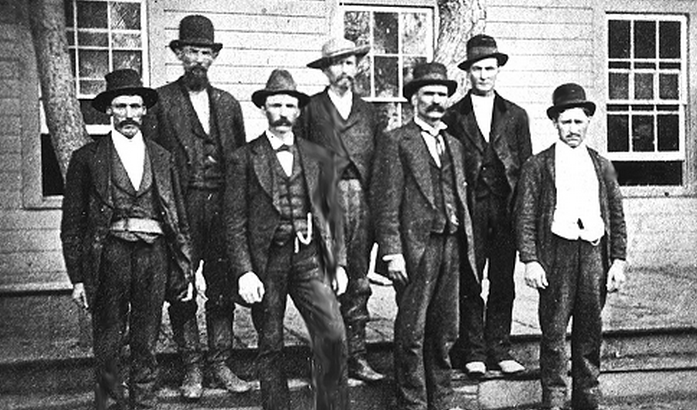 It’s generally a bad idea to take the mission of just a subset of a larger social website’s userbase and state it as the goal of the entire collective, but given the poverty of the English language, it is sometimes unavoidable.

I’ll make it simple: A great host of Redditors on the /r/Politics forum have decided to use their Internet swagger and (proven) fundraising and rabble-rousing prowess for what is, in their eyes, a good cause. The group decided that US Senator Lindsey Graham has got to go, due to his support of the vitriolically controversial NDAA and PIPA bills.

The movement, which sprang out of this thread, took on the name Operation Graham Cracker, a moniker that quickly lost its topicality. As it turns out, Reddit users learned, Lindsey Graham is not up for reelection in the coming cycle, so he is not exactly a prime target for immediate action.

Enter Paul Ryan et al. Dealing with the fact that Graham could not be unseated in the near future, Operation Graham Cracker underwent a quick and peaceful insurrection, during which a host of possible replacement targets were put forward. Here is a sample of the submission process, written by the lovely BlackbeltJones:

Lamar Smith (R-Texas) is the primary sponsor, advocate, and lightning rod for SOPA.

Howard McKeon (R-California) and Adam Smith (D-Washington) have their names listed atop the senate-approved2012 NDAA.

While Lindsey Graham is a reprehensible douche with considerable name recognition given his notorious track record, to me, Reddit seems to have missed the target. Lamar Smith only received 1/10 of Lindsey Graham’s upvotes, and the names Howard McKeon and Adam Smith don’t even appear anywhere in the original comment thread.

Are there plenty of reasons to attack Lindsey Graham? YES. Is there a reason to launch a singular assault on Lindsey Graham and realign it into an anti-SOPA/anti-NDAA sentiment? No. This is flatly misguided, and Reddit is well on its way to going full retard… or, more accurately, full Ashcroft:

Oddly, as he didn’t receive the most upvotes, the mods running /r/GrahamCracker (the first movement’s temporary home) have selected Paul Ryan as their main target. In the first thread (but not the second) that launched the topic, he (belatedly) became the highest voted target. Of course, by that time, Operation Graham Cracker was underway, and dealing with its own splintering.

Had enough? It’s tough cookies keeping up with Reddit, and I get paid to goof off online all day and drink beer.

Welcome, I suspect, to the new Reddit. The site has grown and changed in recent years (you can check my bona fides here), which has given its power new potential. Its size means that it can impact real change whenever it so decides; it has raised hundreds of thousands of dollars for charity, and could repeat the feat to impact a political cycle.

The site caused enough grief for Go Daddy that it led to a policy change a massive company. It can drive media narratives, send thousands to the phones, and write pounds of letters. Any politician would be off their collective nut to not understand this. The Graham attack has been put on hold, but today Reddit targeted a handful of Congressional members that it doesn’t like. If it so chooses, it could drive money, support, and media attention to their opponents. Reddit could seriously impact the coming political cycle.

Slacktavism indeed. Cash speaks in politics, and the media is always starved for a fresh story. Reddit is a fountain of both. I honestly don’t know, or care, if what the /r/Politics team did today will lead to much. Consider it a warm up. Once we get closer to the tie of elections however, I expect Reddit to be a hotbed of fundraising and communication.

Oddly enough, the people who statistically don’t vote just may be the newest political force on the scene. Let’s see where this goes.