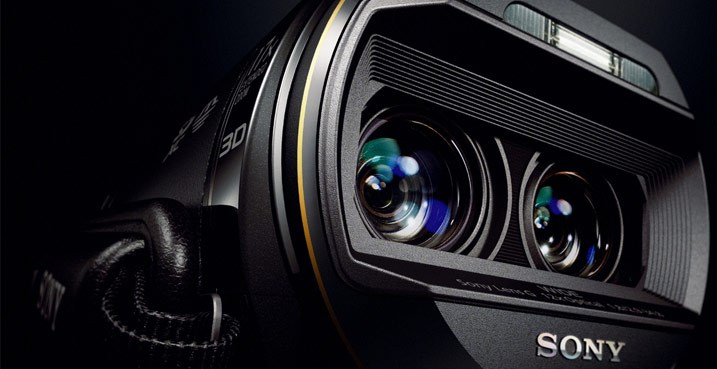 YouTube sure has a lot to answer for. It seems you can no longer unleash a vile tirade of racist abuse, or even dodge train-fares, without someone sticking their snouts in and candidly capturing the moment for posterity. Moreover, they even have the audacity to share it with millions in an instant. What’s the world coming to?

But in all seriousness, everyone will have to be on their best behaviour from now on, because not only is Big Brother watching, he’s brought all his friends along for the ride too.

It seems wherever we roam these days, there’s a veritable Hollywood film crew within arm’s length, with the ubiquitous iPhone packing almost as much punch as some lower-end laptops. It’s a pocket rocket.

Even bottom-of-the-line mobile phones are powerful enough to do a fair bit of damage to those yet to acclimatize to the mobile gaze. Those VGA cameras may be a bit crap, but they’ll still be able to regale the story of that time you parked your Hummer in the supermarket’s sole-remaining disabled parking spot.

Can’t we be just a little bit naughty these days without the whole world knowing about it? It seems not. Smartphones are redefining the very meaning of the word privacy. In the broadest sense, a person’s private life would typically be whatever happens behind closed doors, away from the prying eyes of strangers…otherwise known as ‘the public’.

But there was once a time when we could get up to a little bit of high jinx in public in the knowledge that it would at least be contained to those present, or at the most to the grainy screens of CCTV control rooms. Yes, it may have been public…but there was still an element of privacy to it. Now, public is more ‘public’ than ever. No sooner have you drunkenly attempted to walk the wrong way up an escalator, and you’re being laughed at by the whole world within minutes – everyone has the potential to be a YouTube star, whether they like it or not.

Let’s backtrack just a little though. At the start of this article I alluded to some very recent examples where two individuals had been caught, red-handed, behaving pretty poorly in public.

The first one was, well, not the nicest of things to have to sit through. It has since been suggested that the woman involved has suffered from mental health issues for a number of years, which doesn’t excuse her chat, but would certainly go some way towards explaining it, if it’s true.

The sad thing, however, is there are plenty of people that share her views, people that can’t lay any claim to any justification for their beliefs, other than that of ignorance. Most of these aren’t caught in front of a smartphone-wielding public though, and thus most of them aren’t catapulted into infamy on the World Wide Web.

It’s also important to note here that the perpetrator in this instance was apparently dealt with at the time by British Transport Police. One account is that they let her off with a warning, but then arrested her later once the video was made public on YouTube.

The second one was probably more cheeky than anything else. The young fare-dodging Scottish student is facing the heat for his endeavours thanks to the efforts of one nosy fellow passenger, but then so is the so-called ‘Big Man’ who threw him off the train so that everyone could get on with their commute home.

If you’re following the letter of the law, the ‘Big Man’ probably shouldn’t have laid a finger on the fare-dodging ‘wee man’. But almost everybody who watched this video would’ve been on the Big Man’s side. The upshot, though, is that the fare-dodger is getting his comeuppance, but so is the do-gooder. A bitter-sweet outcome in this instance.

We’re starting to see so many viral video hits of people caught in public when they’re, well, not on their best behaviour. Was that the first time someone had pretended to have the correct ticket to complete their journey home to save a few bucks? No. Was it the first time someone has acted like a bit of a dick when asked to get off the train? Nope. Will it happen again? Certainly.

But here’s the thing. The fare-dodger video hit Sky News and other major broadcasters – TV channels that cover the Iraq War and parliamentary elections…real news. So why the sudden interest in someone trying to save themselves a few pounds on a train in Scotland?

The story wasn’t so much that someone had tried to sneak on a train, or even that someone had physically intervened. It was more the fact that a common, everyday incident had been captured in its entirety by a member of the public, went viral and had become something of a meme. That was the real story. The video gave us a glimpse of an incident that would previously have been forgotten in the footnotes of ScotRail’s incident report books.

The problem with citizen journalism is lack of context

Citizen journalism is a hot topic in media circles. We’ve written about it extensively, covering everything from the best apps for mobile journalists, to how professional hacks should harness the power of citizen journalism rather than fight it.

That’s what we’re seeing with incidents such as these, with both incidents hitting mainstream headlines. Whilst I’m hesitant to call the smartphone-owners citizen journalists, given that they didn’t do all that much beyond hitting record on their mobile phone and morphing into the background, this is what citizen journalism is now defined as. They can capture stories that would otherwise go unreported – they might never repeat their feat, but they don’t have to. Citizen journalists are everywhere – they’re sitting next to you on the train, they’re at the same parties as you, they’re in your workplace. They’re omnipresent.

Whilst I don’t think we should fight citizen journalism, it’s important to understand some of the inherent issues with it. Citizen journalists can’t – or, at least, generally don’t – give context to a situation.

The masses of people that shared the video of the racist women only saw what was in front of them. The background story was completely missing, and if she was mentally ill, this fact was lost on the millions that watched it. The point is, whether she is mentally ill or not, the people watching the video don’t know that.

The fare-dodger? Well, there’s two sides to every story it would seem. Sam Main, a student from Falkirk, has claimed he had mistakenly bought the wrong ticket and was hoping to explain it to the conductor, but wasn’t given sufficient time to.

Main then said he tried to get back on the train to get his bag, containing his phone, exam notes and headphones, but was prevented from doing so by the so-called ‘Big Man’.

Main also added he was diabetic, hadn’t eaten much all day and had not slept the night before because he had been studying. He added: “This had perhaps quite an adverse effect on my mood and my mannerisms at that time, but still I don’t condone the way I spoke to the conductor,” he said.

Indeed, the video does speak for itself in many ways. But there is an entire back-story that’s missing when you watch only a snippet of a video captured mid-incident. The so-called citizen journalists aren’t accountable for their actions, at least with professional hacks they’re expected to fill in the gaps.

As we saw recently during the London riots, even professional journalists can be citizen journalists thanks to smartphones.

Sky News reporter Mark Stone happened to live near Clapham Junction in London, one of the areas hit by the looting and carnage. Did he call in his best men in to get down their quick-smart to capture events? No, he marched down himself armed with nothing more than an iPhone and actively went about interviewing the looters. That’s what I’d like citizen journalism to really be about, but alas, who could honestly say they’d have the balls to confront a gaggle of adrenaline-fuelled rioters? Mark Stone has a checkered past as an embedded war correspondent, so a bunch of hoodies in London didn’t scare him too much.

This week there was the FedEx delivery man in the US who was busted after he was caught throwing a rather delicate computer monitor over a fence.

The global attention it garnered lead to Matthew Thornton III, Senior VP at FedEx Express in the US, posting a video response to the incident yesterday. There’s only so much a company can do to ensure its staff don’t misbehave like this, and it’s fair to say this probably wasn’t an isolated incident. This delivery man simply fell foul to the home-surveillance and YouTube era.

Then there was the pepper-spraying policeman. Actually, you can read all about that here. Save me repeating myself.

2011 will be remembered for many things. From a technology perspective, however, the ‘decade of mobile’ that we’re apparently now part of was more apparent than ever. The last remnants of the mobile middle-ages are fading fast, and everyone has the potential to be a one-man film-crew at the drop of a hat. So you’d better behave yourself in public.

Read next: ShareMyPlaylists reveals its top 100 playlisted Spotify tracks of 2011