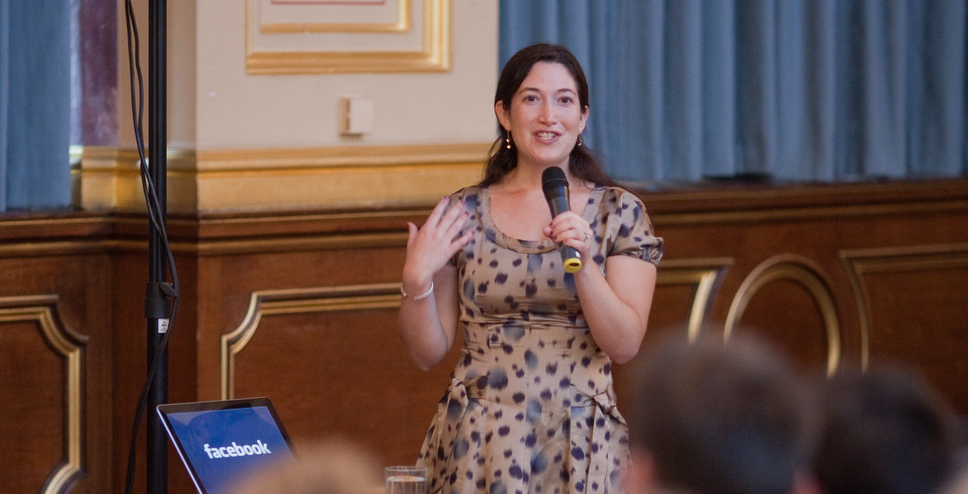 In an interview Tuesday on Advertising Specialty Institute Radio, Zuckerberg had some things to say about the way that companies are using social media improperly, focusing on leveraging it for reputation, rather than engagement. “provide a product so useful people want to use it around the clock, like e-mail,” she said. “Focus on building a brand, rather than on being hip or cool.”

“More and more companies are creating beautiful experiences on mobile devices, on tablets,” she said, “they’re bridging all those experiences – watching content on TV and having incredible mobile experiences simultaneously. Offering deals on mobile. We’re on the tip of the iceberg with mobile, and I’m really excited to see where we go.”

On building a social media rapport with customers, Zuckerberg said that “People are really suckers for flattery, and social media is great in that regard,” she said. “When you’re on social media, be sure to really respond to people and have a conversation – don’t make it a one-way communication.”

Zuckerberg was nominated for an Emmy for Facebook’s live programs surrounding the Presidential election. She emphasized that the team she worked with at Facebook was instrumental and gave some pointers on how to build a group that you can trust to be effective and creative. “It’s really important to have a culture where people truly believe great ideas can come from anywhere,” she said. “You’ll be much more effective at creating something truly groundbreaking if you can empower people on the team to be experts. And to come up with really interesting challenges and solutions.”

Since leaving the company, Zuckerberg has organized more live programs on Facebook, like the recent Cyber Monday ‘Home shopping experience’ starring the Olsen Twins, in partnership with Beachmint.

You can listen to the whole interview here for more of her comments about branding and singing in a cover band.

Zuckerberg is giving the keynote to the ASI’s trade show on May 10th, 2012, entitled Social Change Through Social Media: How the Web is Changing the Way We Live, Vote, Organize and Work.

Read next: Facebook's Timeline is rolling out now, starting in New Zealand