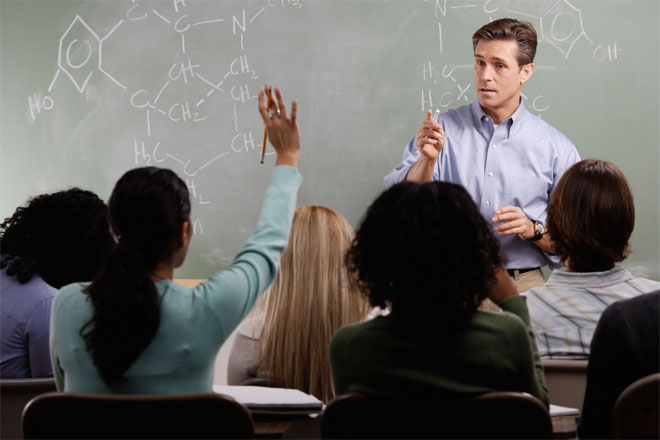 Growing up, entire school days being cancelled were typically prefaced with a simple envelope sent home, one topped with what I’m sure was a secretary-licked stamp and sealed individually by hand. Those were the good old days, of course, before Macs were considered hip and before my peers encouraged me to join MySpace because it was “so cool”.

With the advancement of technology, however, it’s not surprising to see this old school method of snail-mail announcements slowly start to die out. Now that literally everyone and their mom appears to be on Facebook, the natural question becomes: Why waste time and resources on menial tasks like envelope-sealing when one can instead more effectively send a single email blast or Facebook post that informs the majority?

Administrators at Gates Intermediate School (GIS) in Scituate, Massachusetts say it’s not that easy. GIS is one of many educational facilities currently working towards adopting social media more heavily into its current routine. In particular, the school hopes to secure its own official Facebook page, one that School Principal Sarah Shannon says will be “limited to informational postings approved by Gates’ top officials.”

Here’s where it gets rocky

According to Shannon, online announcements on this Facebook page would include snow cancellations, event reminders and details about school-wide initiatives. Additionally, teachers, students and parents would only have viewing access to the announcement board and remain unable to communicate with one another through the actual page. To progress this proposal, the district’s attorneys have drafted a new social media policy for the school committee to review.

Michael Hayes, Chairman on the school committee, disagrees with what the proposed social media policy suggests. According to Hayes, the restrictions it enforces are causing more problems than they are working to fix, and are drafted under the presumption that school staff is currently and inappropriately using social media services in a negligent manner.

“There’s a lot of work that needs to be done. It hasn’t been made clear to me why we need a policy. I don’t like solutions that go looking for problems, and I’m curious if this is a solution looking for a problem.”

It appears the policy has a long way to go before it passes, especially with members like Hayes fearing it will run the risk of violating the free-speech rights of GIS staff members both on and off school campus. Shannon, however, is hopeful that the school committee will come to some sort of agreement on the matter, stating, “Our goal is to expand the venues we have to better communicate with parents about the good things happening in our school.”

The current role of social media in education 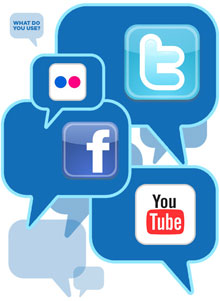 While small middle schools like GIS are still debating over drafted policies, others have already leaped into the deep-end of social media integration. Columbia Business School, for example, is currently employing Twitter-esque methods to make its screening process for admitting students both more creative and efficient.

Schools like Stanford and Berkeley are also taking advantage of social media to progress modern-day education, further proving that social media, when used for the right reasons and employed in a creative and professional way, certainly can engage students and staff members in a more effective manner. Technology in education doesn’t stop at middle school and university students, of course. Some are even working towards incorporating technology into the educational system in grades as early as K – 12.

The question now is, why are schools like GIS in such a huff over a policy meant to make the school system more efficient and bridge the gap between parents and staff? What’s the big deal? If well-established and higher-profile schools like Stanford and Berkeley have already moved to adopt social media, shouldn’t the decision be clear for GIS?

Naturally, there will be slow adopters for every new trend in technology. Hesitancy to accept new policies is simply par for the course when it comes to changes in well-established routines. GIS might not be Stanford or Berkeley, but it certainly represents a rather large fraction of schools in our education system still currently wavering over the official integration of sites like Facebook into school policies. I’m sure this isn’t the last we’ll be seeing of this same situation.

Read next: Why Occupy Wall Street when you could send a robot?