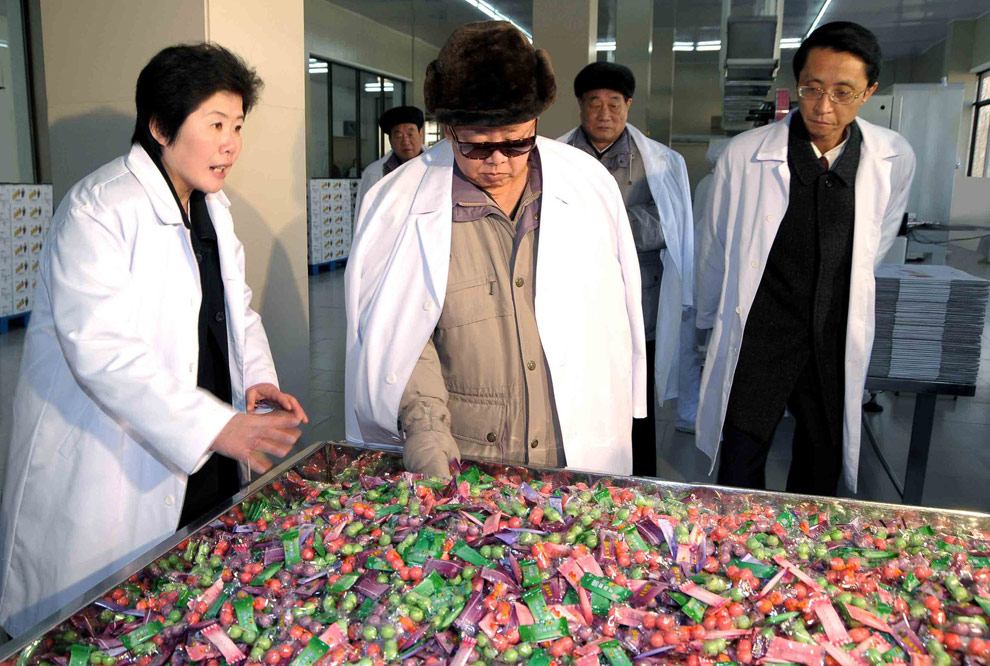 Welcome to our tenth Tumblr Tuesday, where every Tuesday we celebrate our love of Tumblr by interviewing the mastermind behind a blog. Tumblr, a New York City based startup, is like the FFFFound for the rest of the world. It’s as shareable and fast-paced as Twitter but populated with more in-depth text and rich images.

On September 9th, 2011, we reported that at an average of 37.5 million daily posts, Tumblr reached its first mega milestone of 10 billion posts. Like Facebook, Twitter and other forms of public communication, Tumblr can be used as a tool to spread political messages, even from countries cut off from social media. The North Korean Dictator Kim Jong-il, also referred to as “Supreme Leader, “Dear Leader”, “our Father”, “the General” or “Generalissimo” has wreaked havoc on his suffering nation. This is a man who may or may not have killed his brother as a 5-year-old child, and is now considered by Forbes to be one of the most powerful people in the world as he leads the world’s 4th largest army. His country’s people may never know Tumblr, Facebook or Twitter. In fact, according to a New Yorker report in 2009, most North Koreans had never heard of the Internet.

With oppression not far from our minds, we still find time to laugh at the sunglass sporting, pint-sized dictator who is obviously out of his mind. Undoubtedly, one of the most famous and most loved Tumblr blogs is Kim Jong il Looking at Things, which was founded one year ago by a 26-year old Portuguese guy named JR and has over 50,000 followers. In fact, when you search for “kim jong-il” on Google, his Tumblr is the 3rd result.

CBM: Who is the man behind Kim Jong-il looking at things?

JR: This is gonna be the most boring answer you’ve gotten. I’m just a regular guy, honestly. I’m 26 and I do what every regular, well-adjusted 26-year-old does, which involves lots of things I’ll probably regret in 15 years.

CBM: Where do you live and what’s your day job?

JR: I was born and live in Lisbon, Portugal and I work as an art director for Y&R Lisbon, an ad agency, which is completely unrelated to the blog (this isn’t some fancy viral campaign, honest).

CBM: What inspired you to start the blog? And when did you start it?

JR: It started in late October last year, so the first anniversary is almost coming up. It began after I saw a very hypnotic gallery on Kim Jong-il in the Boston Globe’s The Big Picture. It struck me as odd how
these pictures were passing as propaganda, and so I registered the blog. It took me a while to start because I wasn’t really sure if I could get enough pictures to make it last more than a couple of months.

CBM: What are your general feelings towards the man?

JR: There’s an underlying satire to the blog, so I don’t hold any positive views on him. The fact that I make fun of his image and get a laugh out of it doesn’t make me forget the oppression he enforces on his people and the fear he spreads in the region. But I’m a firm believer that either everything’s ok to make fun of, or nothing is. Truth is I’m just one dude, so there’s little I can to do actually change the status quo, so I get to do the next thing after that.

CBM: How many total photos have you posted so far?

JR: 204 or something. I keep an archive of pictures to post in the future as well, just to be safe.

CBM: How many Tumblr followers do you have?

CBM: Have you had any awesome experiences because of your Tumblr blog?

JR: I still haven’t gotten laid because of it. Is that what you mean by awesome experiences?

CBM: What are your 5 favorite KJI photos?

JR: No actual favorites but I do enjoy the ones he’s smiling. Doesn’t happen often but those pictures actually humanize him for a fraction of a second. There’s a sort of cognitive dissonance in there, which makes them even funnier.

CBM: What Webby Award are you up for and how can our readers help?

JR: I entered the Weird category (seemed like the ideal place) which cost $150. It was a bit more than what I could afford so I asked readers if they would be so kind to contribute and they were awesome in turn. I
got enough after just 48 hours. Right now I’m waiting for the deadline to close and after that, if the blog is nominated, I’ll just need to count on everybody’s vote to help me snatch a People’s Choice Award, but we’re getting ahead of ourselves here.

CBM: What other projects do you run online that we should know about?

JR: I don’t run other Tumblrs but I do have a side-project about cool stuff I find online — I Like It What Is It?– I know, I know… as if the world really needed another blog like that… but I enjoy sharing stuff.