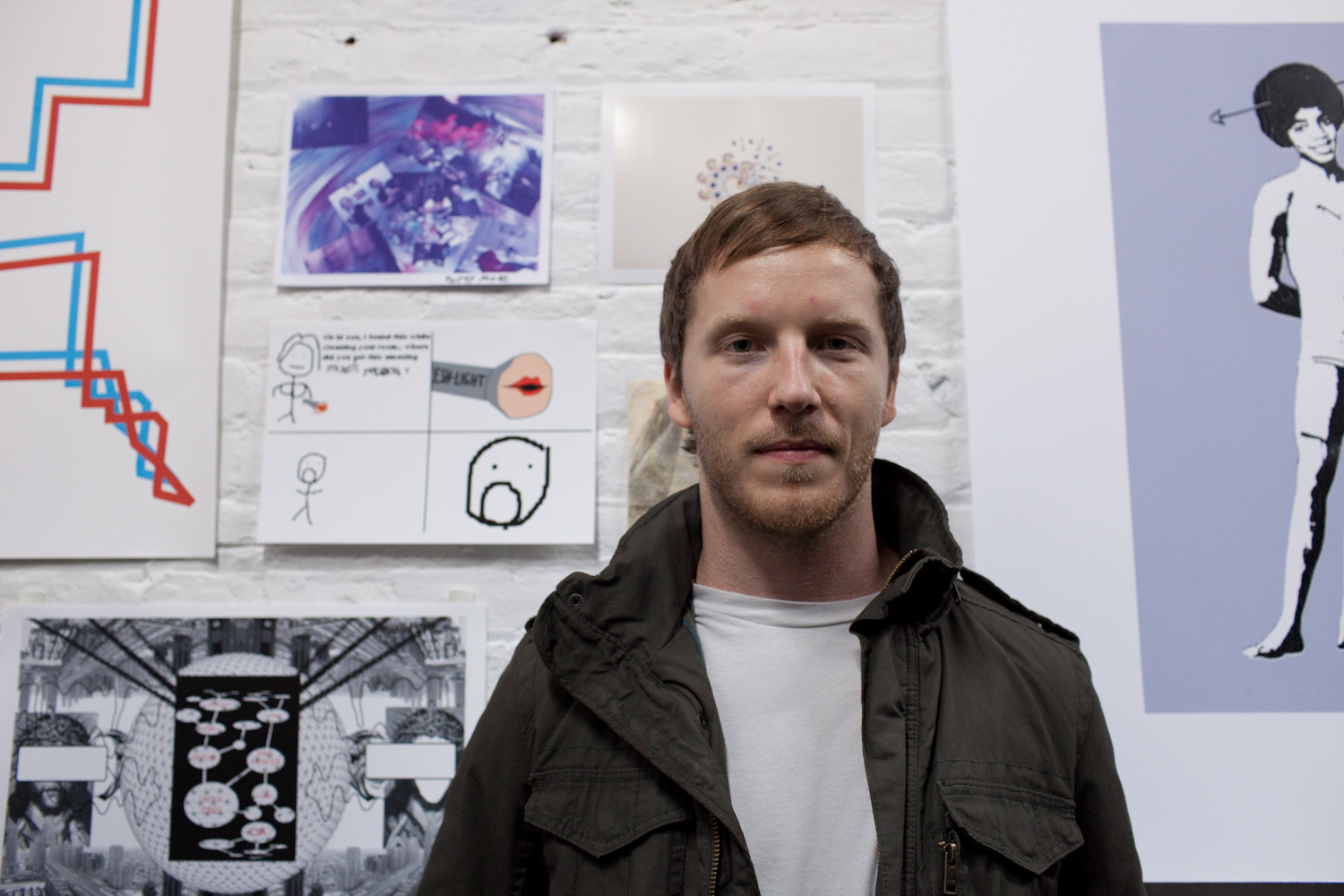 Welcome to our ninth Tumblr Tuesday, where every Tuesday we celebrate our love of Tumblr by interviewing the mastermind behind a blog. Tumblr, a New York City based startup, is like the FFFFound for the rest of the world. It’s as shareable and fast-paced as Twitter but populated with more in-depth text and rich images.

On September 9th, 2011, we reported that at an average of 37.5 million daily posts, Tumblr reached its first mega milestone of 10 billion posts. Two weeks ago we interviewed the constantly hungover and humorous man behind Hungover Owls, who told us that “CAPTCHArt is pretty much my favorite thing ever.” So we just had to track down the digital artist who turns mind numbing CAPTCHA phrases into fine art.

First some food for thought, courtesy of Wikipedia: The term “CAPTCHA” was coined in 2000 by Luis von Ahn, Manuel Blum, Nicholas J. Hopper, and John Langford (all of Carnegie Mellon University). It is an acronym based on the word “capture” and stands for “Completely Automated Public Turing test to tell Computers and Humans Apart”.

CBM: Who is the man behind CAPTCHArt?

Jay: My name is Jay. I’m a late 20-something living in New York working in the online advertising industry. I’m a big fan of internet culture, and a longtime user of 4chan (my current boss knows this – please do not pre-judge me, potential future bosses!).

CBM: How long has CAPTCHArt been Tumbling?

CBM: What was your inspiration?

Jay: When CAPTCHA was implemented on 4chan after a few gigantic waves of spam, the users started making “draw your CAPTCHA” threads pretty much immediately. It was awesome because /b/ is usually known for reposting things over and over, but this created a huge influx of original content. I joined in making a few of my own, and started saving my favorites. A couple hours later, I started the Tumblr as a kind of tongue-in-cheek way of pre-empting Ben Huh of ICanHasCheezburger from doing it first.

It has to be the fastest 4chan-meme-cum-single-topic-blog in history. CAPTCHArt got posted on the Buzzfeed homepage a few days later and kind of blew up from there. After that, the posts quickly became submission based from Tumblr users as opposed to curated from 4chan, so I like to think that CAPTCHArt has given CAPTCHA-inspired art a life after dying down on 4chan.

As a side note, I know CAPTCHA threads on Something Awful pre-date the 4chan ones, but the 4chan activity is what spawned the Tumblr.

Jay: CAPTCHArt gives viewers a window into someone’s imagination – what was this person thinking when they were presented with these two completely out-of-context words? Whether someone spends hours making a complex drawing, draws stick figures, photoshops existing images, or just slaps a CAPTCHA onto an existing image to change the context, it takes a lot of wit and creativity to give life to random words.

CBM: Why are CAPTCHAs so annoying?

Jay: Aside from the inherent annoyance of adding a step to the form submission process, they remind you that there are asshole spammers out there who are responsible for CAPTCHA existing.

CBM: Have you seen Solve Media’ answer to CAPTCHAs? If so, what do you think?

Jay: I have, actually. I think it’s pretty innovative, and could see it working well for marketers looking for brand awareness (that whole “I remember things better when I write them down” thing) and publishers trying to monetize every last bit of content.

CBM: What are the best CAPTCHArts that you’ve posted?

Jay: There are so many – there have been thousands and thousands of submissions since I started, and they’re all so creative and funny. A few of my favorites off the top of my head are:
Appealing Gaysies (which HypeMachine founder Anthony Volodkin made into a shirt for his friends!); Be Flowers; Z Parakeet; and Get Anniston.