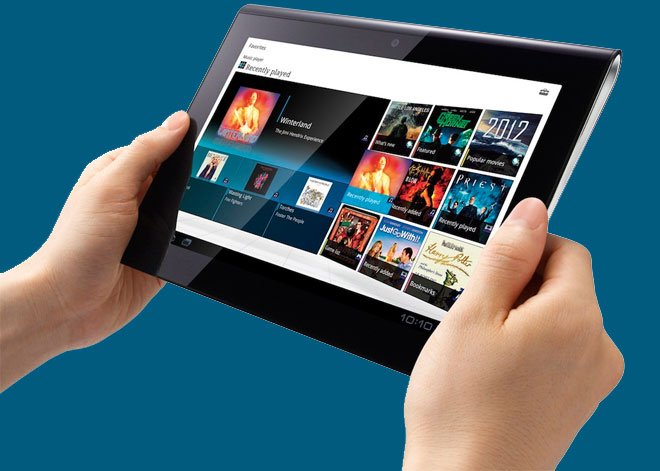 On September 2nd, Sony Electronics launched an inventive U.S. social media campaign that both engaged its following in creative new ways while putting its products directly into the hands of the consumers most excited to test them out. In a 2-week long period, Sony fans across the country raced to meet the Sony Electronics social media team at various locations, and all for a chance to win the Sony Tablet S, the brand’s latest gadget in the tablet space.

The tablet, which boasts a 9.4″ touch screen along with a whole host of other impressive features served as the driving factor behind Sony Electronics’ #CatchTheTablet cross-country tour contest. In an interview with the Sony Electronics Head of Social Media, Marcy Cohen, we dissected the campaign to understand why the tour was successful, and what goals the campaign hoped to achieve during its 2-week run. 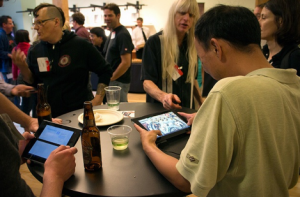 The #CatchTheTablet tour, slated as the most successful social media contest in Sony’s history, aimed to meet four very specific goals during its operation.

How these goals were met

Leading up to the launch of the Sony Tablet S, the social media team formed a strategy that revolved around engaging its most active consumers via popular social networking platforms Twitter and Facebook.

In collaboration with Buddy Media (which offers a social enterprise marketing suite designed to help brands build and maintain relationships with consumers), Sony Electronics created a Catch The Tablet info tab on its official Facebook Page which Cohen refers to as the “central hub” for contest efforts. 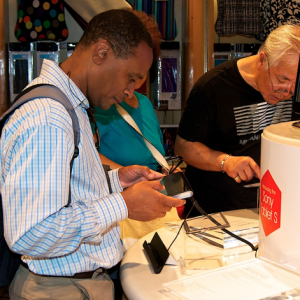 Through this hub, Sony fans could RSVP for tablet events as well as discover through an interactive map exactly where they needed to go in order to, effectively, “catch the tablet”. The tab also allowed fans to enter the contest without having to run around and actually catch the team just by entering in their email addresses, a move meant to generate further participation from individuals who maybe did not have the time or energy to actively chase the tablet around the country.

To enter, Sony fans had to catch the Sony Electronics social media team positioned at several venues with the tablet in hand, then either take a picture with the tablet at that event & tweet it out with a #catchthetablet hashtag, or head to one of 33 stores in the country that already held the tablet and photograph themselves there.

In this way, Sony was able to produce high engagement levels across several forms of social media by making it almost impossible to not enter, therefore making it incredibly easy to participate.

Sherilynn Macale (SM): How many Sony Tablet S’s did you end up giving away? 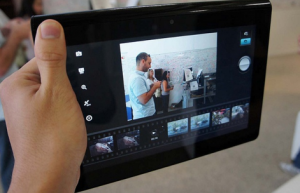 Marcy Cohen (MC): We ended up giving away about 60 tablets, with three given away each day — two on Twitter, and 1 on Facebook.

SM: Why specifically these platforms?

MC: We really wanted to generate high engagement through Twitter since we wanted to get that buzz using the #CatchTheTablet hashtag. That was our preferred way for people to enter, but we also allowed anonymous entries because we knew that not everyone has Twitter accounts, and Facebook is a more ubiquitous platforms. There were a lot more people who entered who entered through Facebook than they did on Twitter, but we did have a very nice showing on Twitter as well.

SM: So let me get this straight. Someone on your team was running around with a tablet, and Sony fans had to somehow catch them?

MC: What we did was geo-target our Facebook updates as well as tweeted out where we were going to be. For example, I was in New York with another person from the team, and we went to different types of touristy-destinations where people could meet us up in, as well as posting up in different types of consumer electronics stores. Because we have such a big following on Facebook and Twitter, people could see our updates and meet up with us there. It was really gratifying.

SM: Why did you choose to specifically target these cities (NYC, SF, Miami, LA, Chicago and Seattle)?

MC: We looked at the demographics of where our fan base was, and it really speaks to those markets. We wanted to go where we could affect the most amount of people.

SM: What sort of feedback did you get from fans? How did people react when you actually met up with them? 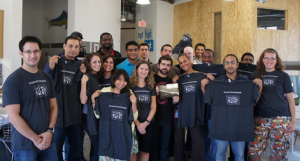 MC: It was actually really cool! And speaking from first-hand knowledge, one specific example that I actually encountered was — we showed up on a rainy Tuesday in NYC at our city store on Madison Avenue. We were giving away free coffee from the Starbucks in there to the first five people who showed up, and somebody showed up after we had left. The store staff told her that we left, but let her know the schedule for when we’d be back the next day. So the next day, we were back at that location and she actually came back to meet us there because she really wanted to catch a tablet! It was really nice to see a big Sony fan literally running around NYC to try and find the tablet team.

SM: Did Sony fans have any other sort of incentive to come find your team, or were you only showing off the tablet?

MC: We gave away a lot of fun stuff. Tee shirts, buttons, cotton candy — it was just a really fun way for us to engage with our consumers. So along with entering, they also received a one-on-one demo with the tablet.

SM: Why the decision to hold such a big social media contest rather than relying on traditional marketing methods?

MC: A big driver behind the campaign was that, sure, there were a lot of announcements about this tablet leading up to the launch, but nobody really got to play with it. So the tablet was already in Sony Stores starting September 2nd for people to go and play with, but this was another way to get it front of people. You can read about a product, but until you actually have it in your hands, you just don’t know what to expect.

SM: What made this campaign so successful?

MC: It was definitely our most successful campaign in terms of participation. We had just under 10,000 contest entries, ended up increasing our Facebook fan base by 8%, and our Twitter following by about 4.5% just through this campaign. It was an effort that took a lot of coordination and teamwork. We didn’t hire any third party companies to help us man the contest, which admittedly would have made it a lot easier, but for our needs, we decided to send the actual social media team out there to engage with our fans. I think that actually made it much more gratifying both for our actual team and for the consumers.

Brands like Sony are already using social media to create new and inventive ways through which they can better engage their fan base, as well as cultivate consumer loyalty. By reaching out to consumers in a much more personal and intimate way with #CatchTheTablet, Sony Electronics was able to not only increase awareness of the Sony Tablet S, but also further improve their Twitter and Facebook following.

By geo-targetting users via Facebook, analyzing the demographics behind Sony Electronics and utilizing Twitter’s real-time news stream, the social media team was able to pull off Sony’s most successful social media campaign yet while enabling its fans to participate in an exciting and fun way.

For companies or brands looking to create the same sense of excitement and buzz around their own products or services, take a tip from the Sony Electronics: It’s all about social media, customer engagement, and buzz.