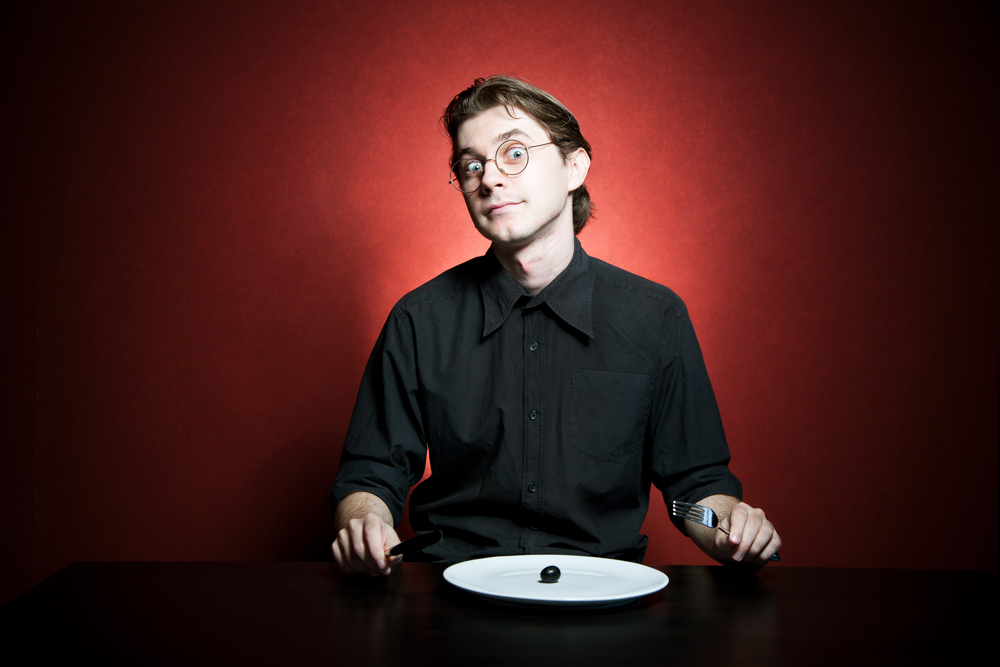 Welcome to our sixth Tumblr Tuesday, where every Tuesday we celebrate our love of Tumblr by interviewing the mastermind behind the blog. Tumblr, a New York City based startup, is like the FFFFound for the rest of the world. It’s as shareable and fast-paced as Twitter but populated with more in-depth text and rich images.

On September 9th, 2011, we reported that at an average of 37.5 million daily posts, Tumblr reached its first mega milestone of 10 billion posts. So with a rich congratulations to Tumblr, let’s get on with it. For this week’s Tumblr Tuesday, we interviewed “Eff You Yelper” the man (or woman?) beyond the genius work of humor, “F*ck You Yelper,” which he describes as:

An exploration of the douchebaggery idiots commit when enabled with an Internet connection, enough money for a meal, and a sense of entitlement.

CBM: Who is the mastermind behind F*ck You Yelper?

Eff You Yelper: Not much of a mastermind really…just a normal guy. I’m staying anonymous just in case Google decides to buy Yelp, and then digitally assassinate me ala Enemy of the State.

EYY: I work as a community manager for a social media company. I love the interwebz more than you can imagine.

CBM: When did you launch the Tumblr and why?

EYY: The Tumblr was launched mid-July out of impulse…well sort of. I love how there is so much information out there about food and local business, but I’ve gotten pretty tired of how entitled some people are starting to become about where they dine. Somewhere in the equation people forgot that sitting down for a meal at a restaurant is a two-way street where there are real people involved. Some people care more about eating the “best” burger in LA than they do about the owners of the business and what they’re all about. People want locally farmed ingredients, but couldn’t care less that owners be a significant part of the neighborhoods that they live in.

CBM: How many submissions and visitors have you had so far?

CBM: What are your general feelings on Yelp as a company?

EYY: To be honest, I’m pretty disappointed with Yelp as a company. I’ve had to reach out to them for help on a few occasions now, and they have been incredibly unresponsive which is frustrating. It’s odd…in this day and age where everything is all “web 2.0” we expect companies to be prompt and responsive, however I can’t get a response to a customer support email I sent months ago. Meanwhile…I send an email to Obey Clothing and their CEO writes me back. A CLOTHING brand CEO will write me back, but a CSR from the most prominent crowdsourced review site can’t even send me a “Hey we’re getting you an answer so sit tight” email.

But besides that, I think Yelp is so uniquely positioned to HELP business owners grow their business in so many different ways…yet their monetization strategy doesn’t reflect that whatsoever.

Hey Yelp, just curious…how are you helping small businesses grow aside from putting some shoddy local ‘deals’ sales pitch together, and offering to sell ‘premium’ placement on results pages? Where’s the innovation here?

Small business owners don’t need another ad buy, they need real tools to help them grow their business with little money and no other resources. Such a disappointment….seriously.

Btw, if anybody from Yelp is reading this; why have I not heard back from you at all? [email protected], LMK.

CBM: Do you leave Yelp reviews?

EYY: Not anymore I don’t, for a short period of time I did.

CBM: What have you learned about the Yelp community from running this blog?

EYY: That a lot of Yelpers are pretty good natured folk. I’ve seen positive comments from people on Yelp who are just as put off by the asinine reviews. I gotta say…the Tumblr was not meant to be a personal affront on Yelpers as a whole, but more of a way to highlight the fact that the reviews that are being written are impacting the lives of people that could very well be their neighbors.

CBM: What are your favorite positive Yelp reviews?

EYY: I love the ones that give really factual information that you don’t really pickup at first glance…best place to park, the name of a sweet waitress, etc. Honesty is great, and hyperbole I could do without.

CBM: How about favorite negative ones?

EYY: Some of my favorite negative ones are the posts that you see on the Tumblr. They’re just amusing, and nonsensical.

CBM: What’s your favorite place to go for lunch and why?

EYY: This is a tough one because it changes from day to day. I’ll give a shout out to Western Doma though…this spot is owned by an old Korean lady (pictured below) who churns out Korean homestyle food. The service is inconsistent and I really don’t care because you can tell she loves and respects her customers by the boatload. When I go to eat there I feel like I’m a guest at a friend’s house and their mom is cooking for me. That to me is what local business is all about…building relationships between owners and customers. Hell, that’s a fundamental part of what community means.

CBM: What’s your favorite Tumblr account I should know about?

EYY: Honestly, there are way too many awesome ones that you get lost going through all day long. I love the funny memes, the style ones, and of course the hipster _____ ones too. Would like to give props though to ‘It Made My Day‘. It’s not a Tumblr I know…but I love it so much because it’s the anti-FML. To me saying things like “the line is long at the post office FML” is just so absurd when you think about it. “Love my life” is really no different considering it’s usually just people trying to #humblebrag themselves into oblivion. “It made my day” is great because it’s really about the serendipitous moments in life, and I love shit like that.