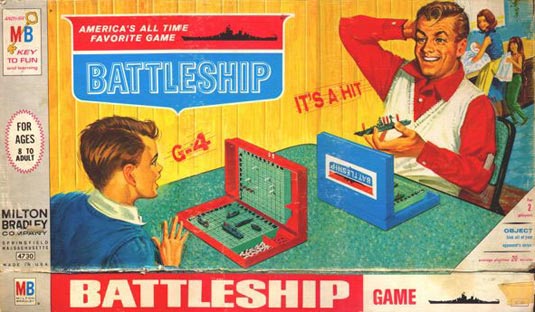 For startups, a killer social media strategy is the key to success. If you’re feeling anti-social and think you can keep quiet — think again. You have to take part in the world you’re helping to create, and there’s a right way and a wrong way to do it. Read on and sink your teeth into 11 steps startups should take to market themselves at launch.

#1 Start with research and be informed

Startups have to keep a close eye on their industry. Companies launch and fail everyday, so it’s important to read tech and startup news. You’ll see exactly what other startups are doing to get attention. Don’t forget to check out unrelated industries as well. You might even find techniques that aren’t yet in use by your competition. While you’re at it, take a look at this list of Brands with the highest digital IQ in social media and see if you can learn from any of them.

Go wherever the people are. Today, the big two are Twitter and Facebook. Haven’t signed up? For god’s sake, get on it! These two work well for everybody, but other networks cater best to different types of startups. If your company provides a service for other companies, spend time with LinkedIn. If you have a physical location, get on Foursquare. Consider Youtube and Flickr if you are more visual-centric. Start developing small bits of credibility by taking part in discussions that aren’t about you. Don’t bother reaching out on your first day; you’ll look like a noob.

#3 Be active, but watch what you say

Only post when you have something to talk about. Everyone has their own rules on how active they should be, but no one will respond to “what’s up?” unless you’re Ashton Kutcher. Take part in relevant conversations. You’re working on something you’re passionate about and people will respect that.

Finding your balance is an important part of having a social presence online. The more success you find as a company, the more you’ll have to say. At this point, you will need to start filtering yourself. When people express curiosity in what you do, have your short pitch ready. Leave a little mystery — it can grow quite a buzz. While stealth launches are getting quite old, Apple and Google rumors drive people crazy. Microsoft, on the other hand, tends to announce things early and by accident (ahem… Balmer…), which can hurt the launch of a great product. Just remember: what you say is as important as what you don’t.

Be careful not to over-extend yourself. If you end up with more than 5 accounts on different networks, you might not be able to keep up with each one. 1-3 Highly active accounts will always look better than a bunch of silent ones. Nothing’s worse than inactive company accounts; It will scare away any chance you have at a community. If you have only a minute on your hands, check out Your Social Media Strategy in 60 Seconds.

#5 Have the right attitude

Build connections and communicate with users like you would a new friend. It’s good to be excited, but don’t be excessive or desperate. The right attitude will attract attention, and staying calm and collected in all your work will make you look like you know what you’re doing. It’s like being the Freshman who can talk to Senior girls. Also, no bad-mouthing unless you’re trying to stir up controversy; an interesting marketing technique. Philip Kaplan’s blog details how intentional controversy can be great marketing.

Social networks don’t actually exist for your business. They exist to help people connect with each other. Company presence is mandatory but don’t think of it as a billboard. Forget about unsolicited messaging — it’s annoying, spammy and can even get you banned. On Twitter, don’t follow more users than the number of users that follow you (with the exception of your first few days). No one can keep up with 500 tweets at a time, so it looks like a mass adding trick.

On Facebook, try commenting on similar pages about another company’s work. While marketing an editorial fashion blog, I found that writing on a similar company’s page gained me a few of their fans. But there’s a better way to do this. Instead of talking to other companies, talk to their fans. Comment on their comments, ask questions and wait for feedback. Larger companies never have quality dialog with fans. So while you have the time, do what they can’t. Talk.

#7 Build a community (brick by brick)

Don’t just add people to get your numbers up. Besides, the followers or ‘likes’ you will gain through mass-friending/following will never be as worthwhile as the ones you get from genuine interest. Every single person you win over can pay off tenfold, making every positive interaction important. Keep your community active by asking for feedback and going the extra mile on complaints.

Anywhere you put yourself online, customers will think of it as their personal help desk. I signed up for Guyhaus only to somehow miss entering in my promo code. I was already messaging with them on Twitter and I mentioned my mistake. They quickly added it post-transaction and made a great first impression.

From valuable advice to engaging small talk, you don’t have to give away prizes to offer something. In the end, however, most people want free stuff. I never paid much attention to Hunch until I responded to their Twitter contest for a free t-shirt. I ended up getting a box of stickers, buttons, a mouse pad, magnets and a letter exclaiming how good looking I am (no, seriously, they said so). In the end, I signed up for Hunch and still go back. Your gifts don’t have to be costly, but they should have personality just like your company does. If you’re low on funding, send out a few thank-you emails to your most valuable users. Make it personal. The point is to make your users feel special.

From giveaways to email footers, everything you do impacts your brand. No matter what image you are looking for, make sure your social media presence echoes it in every way. If your startup revolves around clothes, then talk fashion. No matter if you’re about food, cars, tech or social, always know your users and make sure your image resonates with them. At Jux, where I work part-time, we spent tons of time curating our target audience. This way, we know that what we do will resonate with all of our users. If you don’t know your audience, that needs to be your #1 priority. Not knowing this can get you into trouble. If you’re an education startup, you can’t get away with same things that Gawker can.

Locate your competition and find out exactly what they’re doing. Seriously, be their customer and watch for what’s working and what’s not. Identifying their weaknesses will help you fill in for what they’re missing. Take a look at how Seamless and Grub Hub are outrageously similar, from location listings on Twitter to goofy photos on Facebook. They stay on top of each other to avoid falling behind. Conversely, staying out of sync is just asking to look bad. For example, in the airline industry Delta and Frontier Airlines fully responded to customers during hurricane irene, while American and United Airlines were silent. All four had a chance to look good, but only two of them nailed it.

Promoting your startup can be difficult. It’s just one more job to your already full-time schedule. Some people live on Twitter and you don’t have to, but try working a few social tools into your daily life. For example, every time you drink coffee, pull out your phone and tweet. Don’t stress about what to say. Running a company is interesting and you can offer an inside view. Talk about upcoming features and share your company’s culture. Thrillist has Nerf Gun fights. What do you do to loosen up?

In the end, you’re being social for your brand, but represent it as yourself. Remember to be human. Companies that do this are able to build the strongest bond and are usually the most successful. This list is just the beginning. Let us know in the comments if you have any extra advice to give!

And don’t miss an epic read on the 18 social media managers behind 15 of today’s most popular brands: Meet the 18 people behind your favorite social media accounts.