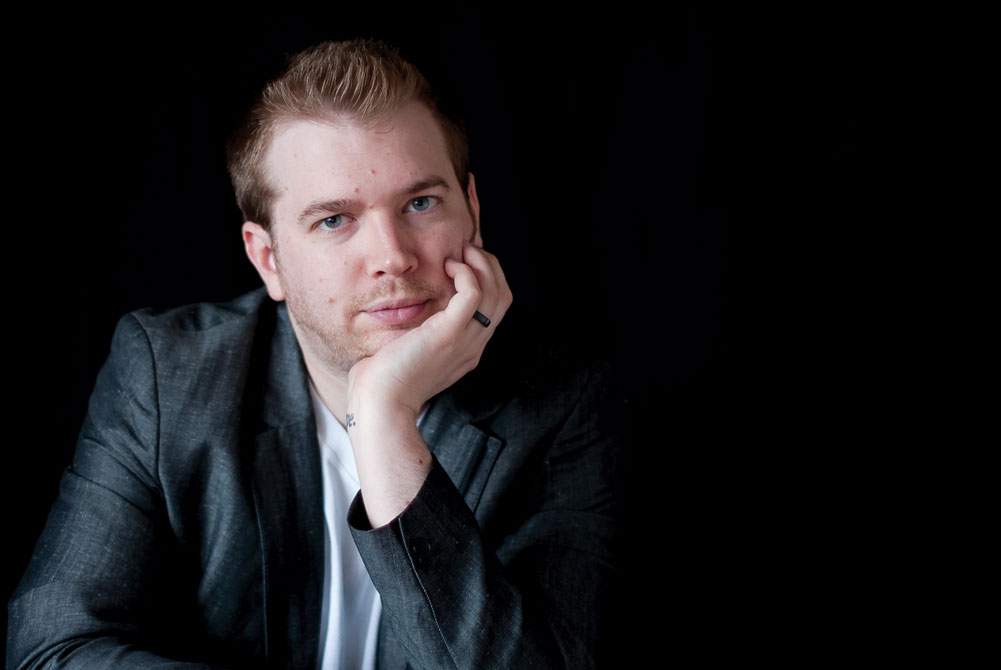 Being something of a social media nut, I tend to go gaga over any new tools, studies or services that pop up online. So gaga, in fact, that when a Twitter follower of mine mentioned something about a free social media book hitting Kindle stands online, I just had to grab it. It’s called Zarrella’s Hierarchy of Contagiousness: The Science, Design, and Engineering of Contagious Ideas.

To my delight, it happens to be written by one of my favorite social media experts online, Dan Zarrella — a figure whose research I’ve previously referenced in articles here on The Next Web, and whose work I currently follow with fascination.

Who is Dan Zarrella and why should you care?

Dan Zarrella is an award winning social media scientist at HubSpot with a background in Web development. What awards has Zarrella won, exactly? In 2009, he won a Shorty Award in the Social Media category, as well as a Semmy Award for his blog post on Viral Marketing.

The man is something of an SEO ninja, and a quick Google search of his name reveals many forms of credibility online that link through to his various presences across the Web. The Internet at large fancies Zarrella to be something of a social media expert, and we’ve often seen his work regurgitated all over the web – including here on TNW.

Zarrella’s more prominent work is quite easy to find online. His bio immediately links us to two of the books he’s written that are available on Amazon, the first being The Social Media Marketing Book, and the second being The Facebook Marketing Book (co-written by his wife, Alison Zarrella). Other unique merits include serving as a member of the Boston’s City Council’s Citizens’ Committee on Boston’s Future, and being featured in several mass media publications online including The New York Times, The Wall Street Journal, The Boston Globe, Wired, Fast Company, and Forbes (among others).

What’s this book about?

Social media, obviously. More specifically, the deconstruction of Zarrella’s best research all in one convenient bible. In his book, Zarrella mainly discusses how one can generate “viral” content through social media (or in other words, the stuff most of us actually want to and will share with others) via scientifically proven means.

Zarrella lists several measurable outcomes, along with qualitative and quantitative data about human behavior in regards to viral marketing. He hopes that through his book, social media “scientists” like himself will be able to analyze and produce results that can be repeated and depended on.

“The book is based on the years of research I conducted into contagious ideas and how to engineer them. It grew out of my flagship presentation: “The Science of Social Media” which I just delivered as a Guinness World Record setting largest webinar ever.

It’s a quick read and has lots of graphs and real data to help you combat the unicorns and rainbows of bad social media marketing myth.”

Of the many interesting points that Zarrella makes in his would-be social media “guide” of sorts, there were a few standouts that I felt might interest our readers here at The Next Web (though to be honest, the entire thing is full of good stuff). Without borrowing too much meat from his book, here are some of my favorites:

Zarrella argues that although you might feel a bit cocky by claiming expertise in any particular subject, identifying yourself as an authority will give people more of a reason to follow you. He states that the more that people know about your qualifications, the more they are likely to actually listen to you. He even points out the best words to use in your Twitter bio that will increase your follower count.

Self-reference is not contagious.

I’ll admit – I’m definitely guilty when it comes to speaking candidly about my life on Twitter (aren’t we all?). Unsurprisingly, this is not the sort of information that users on the platform prefer to retweet or share amongst their own followers. Instead, Zarrella suggests speaking as yourself, rather than about yourself. By this, he means that your followers are more interested in your unique point of view, rather than all of the personal details.

Cut through the clutter with new/old.

When so much content is being released daily on the Web, it becomes tough to present information capable of garnering any sort of attention. To solve this, Zarrella suggests combining new marketing strategies with old, tried-and-true methods that have worked in the past. The familiarity of successful campaigns combined with a new twist will make the idea seem fresh and interesting. This will help to both arouse the attention of your followers as well as stick it in their memory.

Zarrella references the idea that calling out to someone by name is usually the most effective way to get their attention. In social media, naturally this is not something you can humanly do on a regular basis (especially when your follower count starts to skyrocket). He suggests using the word “You” to directly address your followers and peak their interests. For example, beginning a tweet with, “You’re more influential than you think” is a great way to prime readers and give them a sense of importance, effectively hooking them into your content.

Friday at 4PM EST is the most retweetable time.

Zarrella argues that it is better to send out your most valuable information when most of the Twitter world is “asleep”. Why? On Twitter, when everyone in our feed is completely active, information scrolls past us at lightning speeds and most of those tweets barely get a fraction of our attention. On Fridays at 4PM EST where traffic is much slower, your followers will be able to feel the full impact of your strategic tweets and will be more likely to retweet and share them.

Blog early for links, and on the weekends for comments.

Zarrella explains this one better than I can:

Comments and views are both highest for stories published around nine or ten in the morning, but posts published two or three hours earlier, at six or seven, tend to get the most links… Only a certain class of Web users can link to your posts. Rand Fishkin of SEOmoz calls these people the “linkerati.” They’re most often bloggers. Bloggers tend to get their posts up at nine or ten in the morning, so they can be read by the masses. This means that bloggers are looking for stories to write about and link to before then. If your posts are among the first published in the morning, they’ll attract more linking attention.”

At the weekends, the work week has ended and readers are left with plenty of time on their hands to actually sit down and thoroughly read through your pieces. Fewer posts fighting for attention on the weekend (the days most mass media takes a break) means more attention spent reading and replying to your posts.

Similar to David vs. Goliath, Zarrella points out that audiences are more likely to make something go viral if they feel they are supporting someone who has an unfair disadvantage. He points out numerous examples in his book, but if we take a look at more recent news – Gizmodo’s Alyssa Bereznak’s virtual defamation of Magic: The Gathering World Champion, Jon Finkel, for example – we see this is true. Social media immediately exploded in reaction, and the news resulted in several blog posts following up on the subject, including a news piece from CNN where they sat down for an aftermath interview with Jon Finkel himself.

While we’d like to believe our readers are of the intelligent sort, it’s not unheard of to imagine that the rest of the Internet might be a bit “slow”. Zarrella backs up this thought by revealing how simple and easy-to-understand language is more likely to be shared than complex fluff. In fact, information readable at a second grade level is 50% more likely to be reshared than content posted at a college junior level.

And so much more!

This book is a virtual jackpot for those of us looking to find snippets of advice on how to better direct our social media posting. Besides the highlights above, Zarrella also discusses which exact words are the most retweetable or shareable on Facebook, as well as the least. He even dives into how best to apply the advice and research he provides.

So the question is …

Why should you read this book?

Zarella’s Hierarchy of Contagiousness is a veritable treasure trove of delicious social media advice that any hopeful expert can easily learn from. It reads well, it’s easy to digest, and I’m obviously sharing it with you here so it’s definitely “retweetable”. The book encourages you to question social media myths by looking for research and proof, and to only believe what can be scientifically explained.

What did I think of it?

Having already been a reader of Zarrella’s work online, I didn’t find this book particularly helpful. It reiterated sort of the same ideas I already knew from practicing them myself, as well as regurgitated a lot of the information you can easily find on his website. I would consider this to be sort of a “Social Media for Dummies” guide (and I’m actually surprised he didn’t call it that – would’ve sold even better, I think).

After sitting down to digest this piece, I found myself generally unimpressed by most of what I was reading. Not so much because what he was saying wasn’t actually helpful, but because nearly everything you can get in the now $7.99 (USD) copy is simply a reiteration of something he’s already deeply discussed on his website.

In many ways, the articles on his website are even more helpful than the information he retells in his book. By this I mean that online, he lists several generous pieces geared to help establish your social media presence that barely get a mention in his actual book. Also, online his readership can chime in and engage in follow-up discussion, meaning that oftentimes, the discussion going on beyond his posts are just as interesting at the posts themselves.

I doubt that I’m anywhere in his target audience, of course (social media is a regular hobby of mine, not some “new thing” I’m trying to learn, so this book was only mildly helpful to me).

That said, I can see this book being more useful to those who haven’t previously heard of Zarrella’s work and are looking for a way to dive into social media from a beginner’s standpoint. For those happening upon this book on their own, it serves as a nicely summarized and graphed gateway that helps direct your social posting to be more productive.

If you’re anything like me, however, this book is merely a nod towards his work on the web. I’ve seen a lot of successful bloggers do this same thing, of course, and I’m not completely discrediting the blog-to-book method. I’m simply pointing out that if you don’t happen to have eight bucks lying around, don’t worry about it – his website’s got everything you need.

Read next: How Apple has found success in China, and why it's just the beginning.