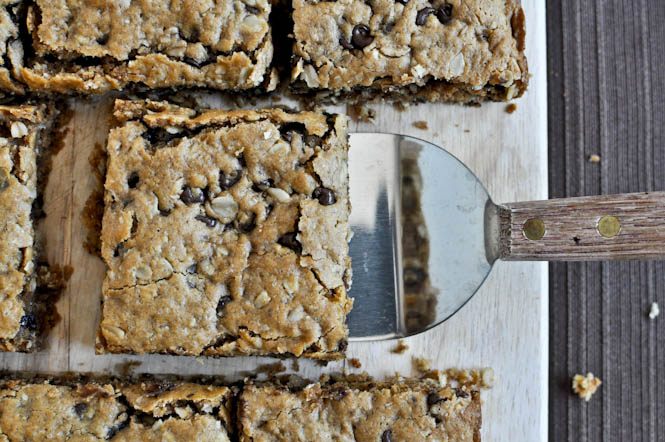 Welcome to our third Tumblr Tuesday, where every Tuesday we celebrate our love of Tumblr. Tumblr, a New York City based startup, is like the FFFFound for the rest of the world. It’s as shareable and fast-paced as Twitter but populated with more in-depth text and rich images.

Often those rich images come in the form of food, gooey treats, tasty apps and mouth watering entrees. To track down the top 5 food Tumblrs, we reached out to Amy Cao, a food editor at Tumblr and the head of community at Foodspotting, a San Francisco and New York City based startup that delivers a delicious app for food photographers and hungry voyeurs alike.

CBM: What’s your current role at Tumblr and what does it entail?

Amy Cao: I’m one of a dozen food “editors” who act as curators of Tumblr food content; it’s more of an extracurricular activity than a job. Editors are selected by Tumblr staff based on quality contributions and their blog’s popularity. The cool thing about being an editor is we get to feature food-related posts we like in Tumblr’s food directory, a process designed to surface the best content and help unknown blogs become discovered. Each category (fashion, history, architecture, pets, etc.) has its own set of editors.

CBM: Also- you work for Foodspotting? What do you do there on a daily basis and how do you balance the two roles? (Tumblr/Foodspotting)

AC: I’m head of community at Foodspotting which means I write, edit and curate content for our blog and social media channels; I produce our awesome team videos (watch the latest), host monthly “eat-ups” in New York (come!) and represent Foodspotting online and offline. If you have a question, I’m fielding it; if you’re wondering how Foodspotting benefits you as a traveler, restaurant owner, food blogger or someone who’s looking for tuna melts in Sydney (this happened yesterday), I show you how to use our site and app for your purpose.

My Tumblr editor role came out of my personal Tumblr, Amy Blogs Chow, and I balance the two by treating my personal and professional life as one. Whether people know me through Foodspotting or my Stupidly Simple Snacks videos, they acknowledge that I’m a multi-platform food content creator. I’m lucky that I don’t have to choose between the two.

CBM: Breakfast is the most important meal of the day. True/False?

AC: True. I’m ten times more productive when I have a croissant or fruit parfait or spicy shrimp wrap from Pret a Manger (I have weird cravings) in the morning. I’ve fallen out of the routine lately, so this reminds me I should get back to practicing what I preach.

CBM: What are your 5 favorite Tumblr food blogs and why?

Milkmade Ice Cream is a craft ice cream company based in NYC and they use their Tumblr to feature flavors of the month which are always clever and tasty sounding, like Lucky Charms or Irish Car Bomb ice cream. And who wouldn’t want to see gorgeous photos of freshly scooped ice cream in their Tumblr stream?

This is the sugarholic’s answer to Scanwiches. Ever wonder what a 3 Musketeers bar looks like cut in half and enlarged 20 times? Well, it’s your lucky day.

I just learned about Bake It In A Cake yesterday and that’s what I love about Tumblr – there are people out there putting together virtual collections of the most random things, like dessert-stuffed desserts, any given day of the week. I like that the blog makes an effort to link to and credit recipes so you too can learn to bake doughnuts inside cupcakes.

Eataku is written by C.B. Cebulski who travels the world for his job as a Marvel Comics talent scout. The blog isn’t fancy, but C.B. finds fascinating things, like deer ligaments, seaweed flavored Lay’s, McDonald’s Chicken Tatsuta burger in Tokyo… This man embraces both upscale and fast food; devours anything that resembles ramen, burgers or meat, and takes a snapshot of everything.

As someone who doesn’t cook, recipe blogs are not usually my cup of tea, but Jeannie Maristela’s lavish Asian food Tumblr makes me wish we could become best friends so that maybe one day she’ll come over to cook for me! It also doesn’t hurt that Jeannie is incredibly sweet, which brings me to that other thing about Tumblr – you get attached to the people behind all the tumbling. It sounds creepy, but it’s an emotional investment you end up making just from following someone’s musings on a regular basis.

CBM: If you were about to get the electric chair, what would be your last meal on Earth?

AC: My last meal on Earth would be a mashup of everything I want to eat when I’m extremely hungry in New York City: pancetta and brussels sprout pizza from Motorino, molasses double cut pork chop (the very best!) from Home Restaurant in Greenwich Village, pistachio cupcakes from Magnolia Bakery and a huge scoop of mint ice cream from the Meatball Shop. If I were to be executed in, say, Thailand or Italy, it’d be another story.

And while not a food blog per se, I highly recommend you follow “V-Neck and a Cardigan” the Tumblr of Alexis Lamster, the VP of Customers at Postling. That is one skinny girl who knows how to eat!

Check out our Tumblr Tuesdays weeks’ past: Meet the man behind “Animals Being Dicks” and Loot-alikes matches London looters with their celebrity counterparts

Read next: It's time for Google+ to open up, before it's too late.