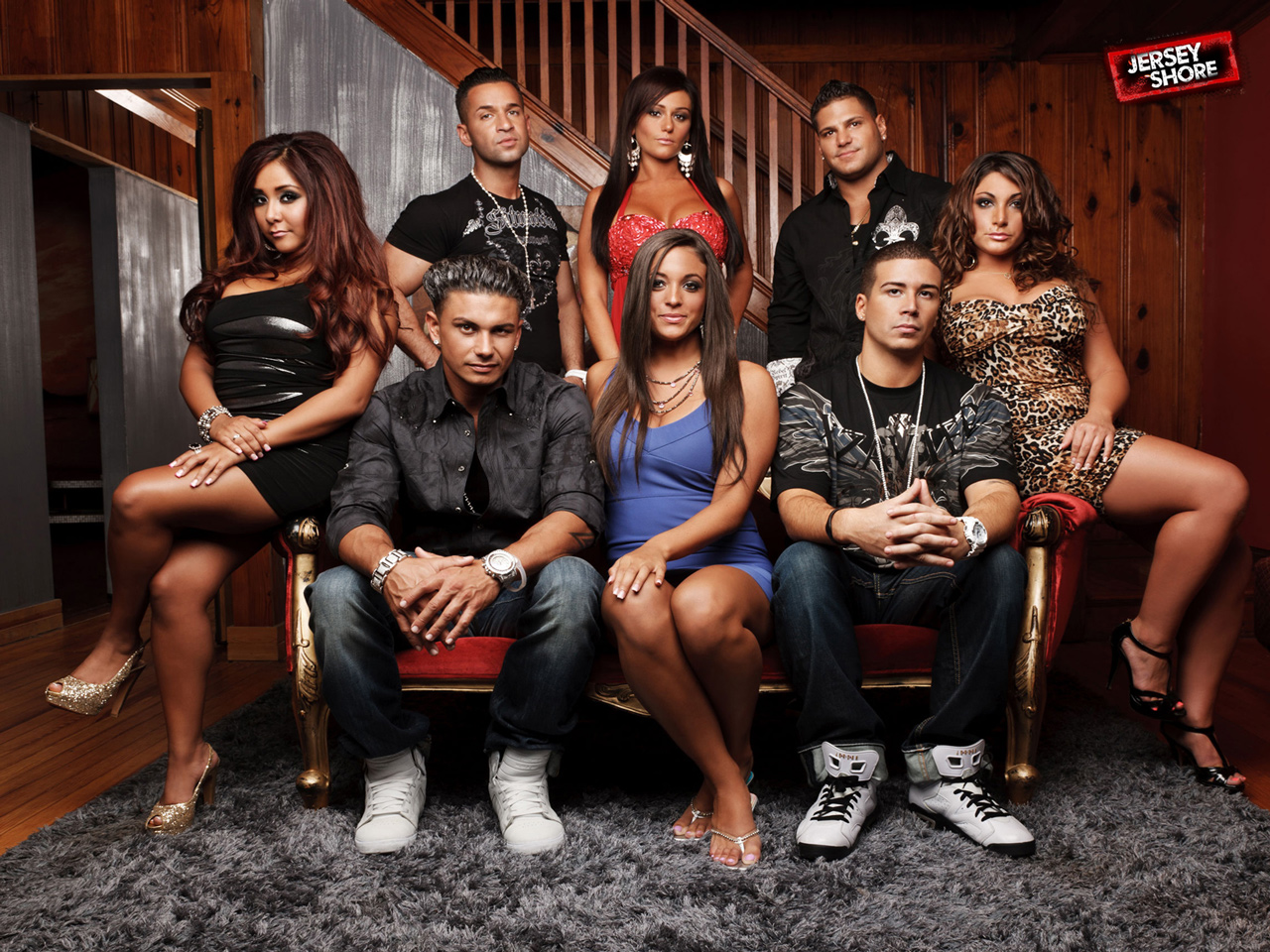 Unsurprisingly (but perhaps aggravatingly so), MTV’s Jersey Shore has managed to dominate the TV/social media charts on SocialGuide.com for the second week in a row.

While some obviously have their qualms with the popular series (our editor Brad McCarty, for example, expressed his disbelief that I wasn’t immediately fired for admitting Jersey Shore is my favorite TV show, claiming that it makes him “feel a deep, profound sorrow for humanity”), the strategy behind the social success of Jersey Shore is spot-on.

Casting Producer Scott Goldstein said to me in a quick interview over Skype chat, “The owner of the production company [495 Productions, responsible for Jersey Shore], SallyAnn Salsano, is extremely savvy. She pushes the kids in the media as much as she possibly can. Each of them has a huge Twitter following.” Nicole “Snooki” Polizzi, for example, has nearly three million followers at the time of this post, while Michael “The Situation” Sorrentino comes close to nearly one million (yes, I follow them both).

Goldstein continues, “She had Vinny do an interview with Perez Hilton via Skype two days ago, while Pauly D spins for multiple radio stations across the country — he is doing a set Friday, Saturday, and Sunday on the biggest LA hip hop station this weekend — not to mention he is the opening act for the Britney Spears and Niki Minaj tour.”

How does this all tie in with Social Media?

Take a look at the Twitter feeds from the cast and you will immediately see that the Jersey Shore housemates have made a constant effort to keep their fans well-informed with both special promotions for the show, as well as personal appearances and partnerships.

Take a look at this tweet from Paul “Pauly D” Delvecchio:

There are three things to note about this tweet.

From the perspective of companies or brands looking to potentially partner up with any member of the cast, the appeal is clear. The cast knows how to promote and market both themselves and their potential partners in a way that will effectively reach their massive following across all networks where Jersey Shore fans have gathered. In this way, partners of the cast are assured that millions upon millions of fresh eyes and consumers will now be attracted to their product.

The Jersey Shore cast gives back to its fans.

Being a reality TV star can be an incredibly stressful job (aside from the very awesome perks, of course). Even in the midst of their very busy success, however, the cast is constantly finding ways to give back to their fans through various social channels.

The Situation, for instance, often takes the time to retweet both the supportive words of his fans, as well as the mocking insults of his “haters“. Knowing this, both fans and haters are often rapid-firing tweets his way in an attempt to score a spot on The Situation’s Twitter feed.

Jersey Shore fans are even bigger promoters of the show than the actual cast is.

The power of Jersey Shore extends not just through the cast’s ability to manage their own following, but through their rabid and aggressive fanbase themselves. For example, moments after The Situation and Pauly D coined the new phrase “Twinning“, fans on Twitter began blasting this phrase in hashtags, soon shooting the topic into global trending status.

Jersey Shore fans continuously run with the lasting viral slang of both phrases in the series, as well as hashtags coined on the cast’s Twitter updates. Now-popular hashtag topics previously dropped by the reality TV stars such as “#ShesTooYoungForYouBro” and “#LastTimeIWoreAbercrombie” are only some of the phrases that have quickly escalated into global trending status.

With so many fans and followers discussing the series, it’s almost impossible to avoid Jersey Shore news (including here on The Next Web). The accessibility of the cast through their various social channels has made it easier for fans to both reach out to and feel more personally connected with the reality TV stars.

The various platforms the Jersey Shore cast uses to broadcast to their wide network act as extensions of their personality, offering further perspective on what goes on behind-the-scenes with the cast, as well as providing fans of the series with plenty of options in terms of hearing more from their favorite voices on the show.

For any celebrity looking for tips on how to manage their following or work social marketing to their advantage, merely take a peek at Jersey Shore. As often-hated as the cast might be, they definitely know social media.

Read next: Plans for a Russian Space Hotel to launch by 2016