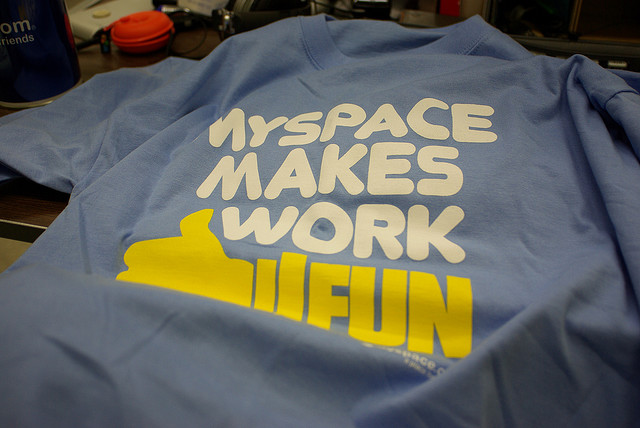 We messed up our code so bad that even puppies and kittens may be in danger. Please turn back …now.

* Have your pet spayed or neutered.

Some outlets, including Cnet, believe MySpace has been the target of a hack, with attackers changing the front page to a custom message of their own. In fact, it is a common error message page that MySpace has been using since at least 2009, which is displayed if there are errors on the website.

Twitter users have jumped on the news, some openly mocking the fact the former social giant has been attacked:

The jovial nature of the message may lead some to believe it has been the victim of an attack, but a quick Google search returns hundreds of results for the same message, which also directs to a static error page hosted on MySpace’s servers.

Rumours swelled after an Anonymous affiliated group tweeted that the site had been attacked:

We have contacted MySpace for comment but we see no reason to be alarmed – the social network isn’t dead just yet.