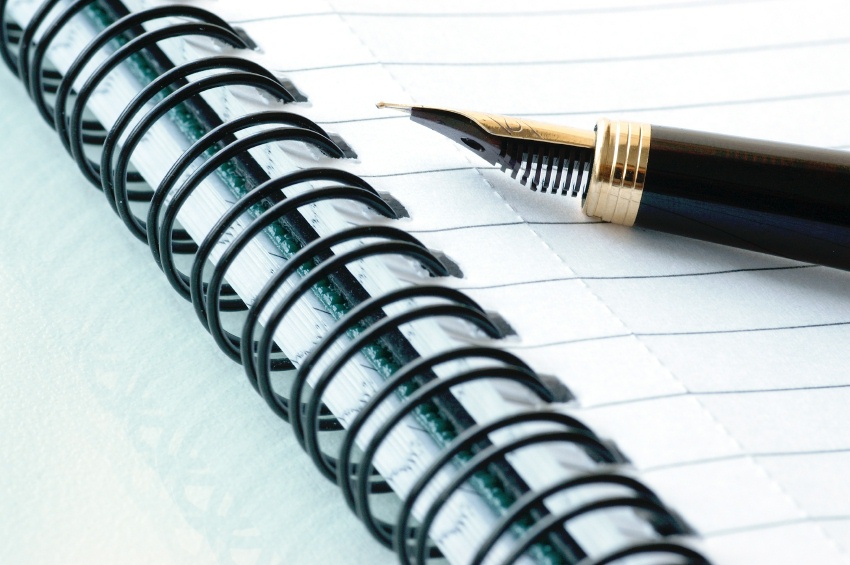 It seems everyone has a blog these days. From mammoth ‘millions-of-readers’ blogs, to niche ‘nobody-reads-me’ blogs, you can be sure there is a blog for every occasion.

And as we continue on into the decade of smartphones and tablets, bloggers the world over can shed their shackles and blog wherever they roam.

Indeed, it’s not always practical to boot up a laptop and find a WiFi connection. Besides, sometimes all you really want to do is post some images and a little descriptive text.

So if you’re looking to optimize your blogging credentials, here’s a guide to blogging on the move.

Equipment: What you need

Okay, let’s get the basics out of the way. In addition to your laptop or desktop computer at home, any self-respecting blogger or web-geek should by now have a smartphone, tablet or probably both.

If you don’t, well, the rest of this post probably won’t mean squat to you. Oh, and if you’re rushing out to buy a smartphone/tablet now, make sure you get one with an unlimited data-allowance. Mobile bloggers require uninterrupted access to the world’s blogosphere.

So, armed with a powerful smartphone, tablet or other mobilized Internet device, what tools can you use to publish content to the web whilst on the move? There are plenty, and here’s a selection.

Okay, first up is the obvious one and the default blogging platform for many individuals and businesses. There’s just no getting away from it, it’s just so damn easy to use…

WordPress has an impressive mobile app for Apple iOS, Android and BlackBerry.

It’s capable of doing most of the things you’d want to do with any blog – you can create new posts, edit existing content, view stats and manage comments.

The mobile apps are available for WordPress.com and WordPress.org hosted blogs, and true to the WordPress philosophy, they’re free.

Whilst Twitter is the poster child of the microblogging sphere, Tumblr actually offers better blogging functionality.

If you’re on the move, it’s unlikely you’ll want to be crafting the blogging equivalent of War and Peace from your mobile device, but you will probably want to upload multimedia assets, interspersed with the odd chunk of text. Tumblr is perfect for that.

Tumblr allows for more personalisation and customisation, you can use your own domain, with Tumblr essentially acting as the content management system (CMS) – the interface and URL can be entirely of the user’s choosing. It’s blogging for people without the technical know-how or who simply can’t be bothered with the likes of WordPress.

Although you can publish text-heavy posts with Tumblr, its simple interface and usability lends itself well to sharing graphics, images, videos and such like. That’s why it’s a great tool for blogging on the move.

As with WordPress, Tumblr has a free mobile app for Android, Apple iOS and BlackBerry. The app lets you post text, photos , quotes, audio, video and links. You can also set advanced post options.

Whilst the Android version of the app lets you view in landscape mode – which is very useful at times – the Apple version doesn’t have this feature. As for the BlackBerry Tumblr app that was released back in January,well, it seems that it is in need of an upgrade and it hasn’t gone down too well with its users so far.

Tumblr also lets you create audio-based blog posts from afar. More on that further down.

Google’s official blogging tool has an Android app, but not a BlackBerry or an iPhone one as of yet. The Android app isn’t the best for mobile bloggers, and it seems to be best suited for text-based posts. If you love Android, Blogger and writing on the move, then this may be fine for you. If you like to create multimedia-rich blog posts, then probably best looking elsewhere.

Squarespace is a fantastic web publishing platform, and it has an iPhone iOS app. It has typically rejected calls for Android and BlackBerry apps, which has opened the floodgates for third-party developers but official apps tend to be better. Squarespace has confirmed that it is working on an Android app, when this will be released remains to be seen.

Whilst Tumblr is a great tool for mobile blogging, Posterous was pretty much custom-made for mobile devices. Like Tumblr, you can configure your Posterous account so that you use your own domain name, with Posterous acting as the CMS.

Posterous has an app for both Android and Apple iOS. You can post text, photos, videos and set up your blog so that it automatically publishes your content across the social sphere, including Facebook, Twitter, YouTube, Flickr and many more. All the images and videos are automatically optimized for mobile viewing.

BlackBerry doesn’t have a Posterous app yet, but as you’ll see, that really doesn’t matter all too much.

You’ve heard of email, right? Well, this is actually the simplest way for bloggers to publish content to the web. You can easily configure your blog to accept your posts by email, and Posterous, Blogger, Tumblr and WordPress all have this functionality.

So, despite my call earlier that you need a smartphone to blog on the move, you can actually use any mobile phone with emailing capability. However, it would largely have to be text-based blog posts that you produce, and short ones at that.

Okay, so maybe you don’t want to ‘blog’ in a traditional way. Maybe you prefer to be heard and not read?

Tumblr has an interesting feature that lets you record an audio post for your blog from your mobile phone. You can call in your posts by dialing 1-866-584-6757 (in the US) – this could be a useful tool if you have a long message to convey that would take too long to type. It essentially lets you ‘podcast’ from a remote location.

LiveJournal offers a similar service for users on its blogging platform. It even offers localized access telephone numbers for users in the US, Canada, Australia and the UK.

SoundCloud too has an Android and Apple iOS app that lets you record any audio on the move, and publish it across your social networks, including Twitter, Facebook, Foursquare and Myspace. Similarly, Audioboo has an iPhone iOS and Android app that lets you record audio and upload it to your Audioboo account and share it across your social networks.

This is where Twitter and Facebook can be transformed into proper blogging platforms, as you can record interviews, music or report live from the scene of a major news story, and make it instantly available to thousands of your followers. Podcasting rules! Or should that be blogcasting?

With mobile Internet now faster than ever, and unlimited data packages commonplace, the mobile video blogging revolution is well underway. There’s two ways you can do this.

Firstly, you can simply shoot some video on your smartphone, edit it on the device and then upload it to YouTube and share it on your blog or across your social networks. Nokia has produced some great video phones in recent times, notably the Nokia N8. And the iPhone too has a good video camera.

Or, you can actually create a live stream to the Internet as you record. Qik is one such platform that allows you to broadcast directly to your blog or to an external video streaming website, and it has developed multiple apps tailored for various platforms and devices, including Android and Apple iOS.

Flixwagon is a similar tool to Qik, in that it lets you stream live content to your blog. It works on Android or Apple iOS, however, you will need to jailbreak your Apple device for it to work on it.

Kyte sells itself as a tool aimed at businesses and professionals, for recording and uploading on the move – in fact, Fox reporters used it in its coverage of the Haiti earthquake.

There are countless tools and applications to help you blog whilst you’re away from your computer. I didn’t even mention obvious platforms such as Twitter, which is used by over 200 million people and has even been known to kick-start the occasional revolution. With a 140-character restriction, it lends itself well to short, mobile messages that convey the key facts. Microblogging, in other words.

And there are new tools arriving on the scene all the time, such as Webdoc, which has a Tumblr-esque quality but is more like a digital scrapbook that allows you to mix together media online. It has an iPhone app coming out in June, with an Android app due out soon after.

There are also classic web publishing tools such as Drupal or Joomla, both of which have fantastic apps for bloggers in motion.

All in all, there are plenty of devices, apps and tools to ensure your blogging exploits don’t end when you unchain yourself from your computer. Blogging is now ubiquitous.

Read next: Musicmetric opens up a world of music data as it launches API