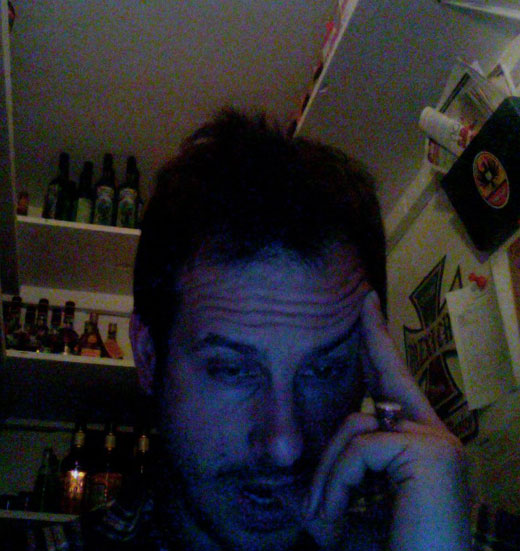 Sean Power’s laptop was stolen a few days ago. But there’s a funny story unfolding on Twitter right now as Power is able to locate, personally identify and publicly shame the man who stole the laptop.

Thanks to Prey and Power’s own investigating, he was able to identify the user as one of the co-founders of a New York restaurant. Why he’d put his reputation or the reputation of his business on the line is beyond me, but the evidence we saw from Power earlier tonight is irrefutable.

Power was able to call the police with precise information, and monitor the computer’s activity to ensure that the thief is still on the computer when the police arrive.

Power deduced the location from the wireless SSID and got the thief’s name from Skype and Gmail accounts he logged into.

Update: Despite being hundreds of kilometers away on a trip to Canada, Sean was able to get his laptop back.

Two of Sean’s Twitter followers and a “Girl in the Purple Sarong” went to the bar to stake it out while waiting for police to arrive. As it would turn out, they weren’t coming — they required Sean to file a report in person before they would do anything.

The trio went undercover and made friends with the bar’s staff and Sean was eventually able to call a second staff member who had been seen taking the laptop with him as he left. He was able to get the original thief to return the laptop via Sean’s Twitter friends at the bar.

The laptop was defaced and painted by the thieves, but all in all, this is a great ending for Sean, some easy marketing for Prey, and a lesson: don’t steal laptops unless you want to get caught!