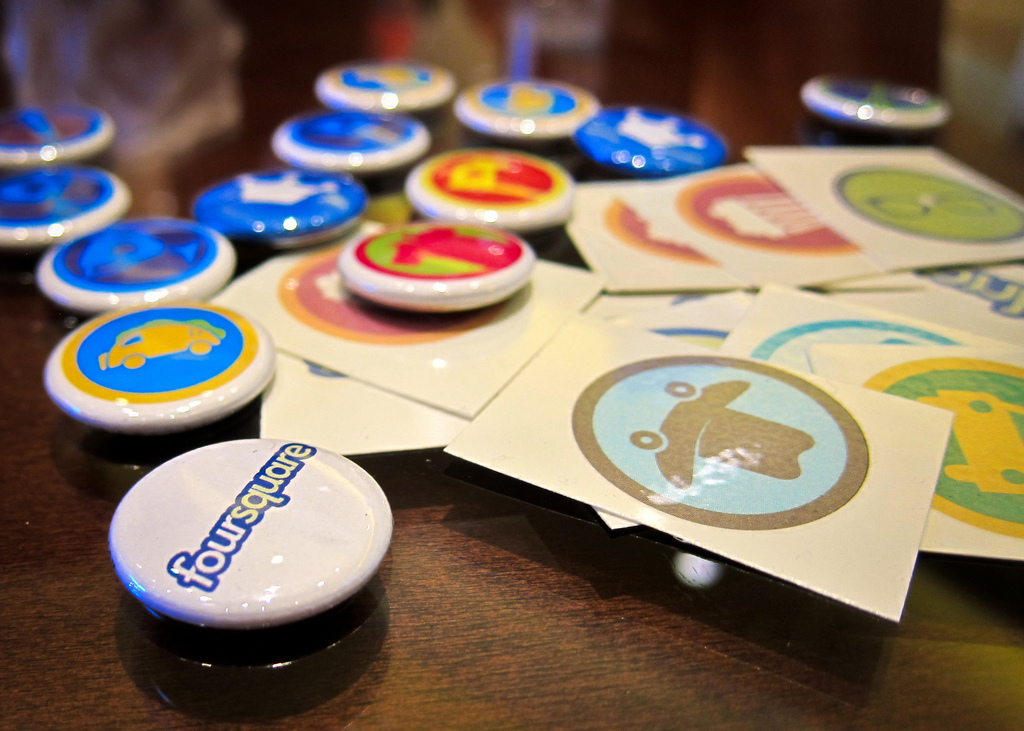 An anonymous author on Read Write Web recently proclaimed the death of the Check-In in 2011, pointing to factors such as falling numbers on Foursquare and modest check-ins on Facebook Places as indicators of the decline in interest among users. At the time this caused a bit of a stir among the blogging community and Shel Holtz responded with a balanced look at how the check-in isn’t changing, but evolving. Despite long being critical of location based services and the very concept of checking-in, I’m going to say that 2011 could be the year that the check-in arrives, albeit differently to how we thought it might look.

Checking-in takes on a life of its own

Since the introduction of Facebook Places, the very concept of checking in has crossed over into the mainstream and begun to take on a life of its own. While checking in on Facebook Places might not have reached overly impressive numbers quite yet, the type of person that is checking in is changing quickly. I have friends checking in on Facebook that would have laughed at my use of Twitter and called me the ultimate geek if I dared to mention the likes of Foursquare. These are people not embedded in the ‘techy’ space, yet I see them checking into Places and even, creating their own Places such as checking into their kitchen / aka ‘Holly’s restaurant’ etc.

Facebook Places has allowed the check-in to grow and develop into what it always should have been: a social tool. This isn’t about checking in for the perks of a location based service itself (finding others near you, earning badges etc.), but serving more as a shout out, or a way to share something funny with your friends by creating your own fictional Place. This isn’t something that Foursquare could have supported, with its limited userbase.

The concept of checking in is also taking on a life of its own as it moves way beyond the confines of a location based network. Checking in is evolving as the shorthand for tracking your virtual life. GetGlue was the first site to really use this to great effect, offering people the chance to check in to TV shows, websites etc. This is where the idea of checking in gets interesting and extends its reach even further into the mainstream. You’ll find a lot more people who want to check in to their favourite TV show while it’s on and see who else is viewing, than you would the likes of people checking into a cinema just for the sake of it.

We will always check in for free stuff

As simplistic as this may seem, as consumers we will pretty much do anything for a brand if it means we get something for free, cheap, or can avail of discounts. This is perhaps the biggest reason that check-ins won’t die. Companies are hungry for data about their customers or potential customers. Location-based data is about as useful as it gets and brands will get even further into the concept of offering deals or rewards in return for checking-in. And as much as they’re willing to do this, people will respond.

Studies frequently site that the main reason for following a brand online through Facebook or Twitter, is to avail of discounts. The same will apply for check-ins. As the author in the Read Write Web article rightly claims, the shine of checking in somewhere rubs off after a while as we get used to what we’ll fine when we do. But as long as we can get something in return, the check-in will only increase. And the introduction of Facebook’s new Deals product (separate to Places deals) will signal even more opportunities for brands to incentivise check-ins.

As long as businesses are fueling the demand for checking in, consumers will respond.  As we see new concept sites take off, such as Groupon, it’s plain to see that these services live and die by the investment (in time and money) made by businesses. Merchant Circle, a social network for business owners, claims that since Facebook Places has arrived, 32% of its users are promoting their business on Facebook Places, with a further 12% planning to do so. If businesses take to Places like they have done to business pages, then the checkin is certainly here to stay. And with Facebook offering analytics for Place owners through Facebook Insights, the offering just becomes even more attractive. Businesses might be able to respond to the demand, but they can also set it as well. As mobile Facebook Deals roll out across Europe making it easier for a company to offer a deal, the number of check-ins will rise with this.

A point overlooked perhaps in both the commentaries of the journey of the check-in, is the penetration of smartphone apps and how this contributed to the very mechanic of checking in. The type of person who would be interested in checking it to tell their friends where they are, is different to the average smartphone user. As smartphone usage grows however, this will only contribute to the amount of people checking in both virtually and physically. Let’s not forget either that Facebook has over 200 million active mobile users that they can tap into, and this is slowly translating into numbers.

200,000 users have checked into LA Airport for example, from the launch of Places up to March 2011. Facebook is also responding to its large mobile userbase by expanding the check-in offering even a short time after launch. It recently announced the ability to check into Events via its mobile site, with this due to roll out to the iPhone app soon. This further socialises checking-in and actually gives even more of a reason to do so. You might not expect to find friends while you’re checking into your local cafe, but Event checkins is an inherently social experience.

Is it all semantics?

The problem with proclaiming the death of the check-in is that it all comes down to semantics. Checking in to location based services is one thing, but checking into an online property is different altogether. While I don’t think the check-in will die any time soon, this could easily evolve into the concept of tagging. Calling it this alone instantly makes it resonate with users. We’re familiar with the concept of tagging in photos, and if you can tag yourself at a location or website, the likelihood is you will see this as a more social activity, lending itself also to the activity of tagging friends. The idea of tagging yourself and your friends online is growing, and is extending well outside of Facebook. This on its own could see the concept of tagging becoming far more ubiquitous. A way to track you and your social friends’ lives, by bridging the gap between offline and online. Tag your friend if they were at the cinema with you, or tag them in a movie listing if you just saw the DVD together at home.

While Facebook has led to a mainstream adoption of check-ins on mobile and location, the concept of checking in for games – points, mayorships, badges etc. is certainly not here to stay. A recent report looked at the motivations for checking in via a geolocation app. While the majority who used these services cited deals as the main motivator, only a small amount of people claimed they checked in to receive points:

And as Facebook increase their penetration into the geolocation market, this figure will only decrease. There are no gaming features on Facebook Places, meaning that people will continue to use it for deals and sharing. If you want a real location-based game without all the badges, check out Turf Geography Club.

As much as I believe the check-in is here to stay for now, I firmly believe that the shelf life of pure-play check-in services are very short, whether you’re talking about the likes of a Foursquare or Gowalla, or virtual check-ins such as GetGlue. If services like this would are to stay around, then they need to get smart about how they integrate with Facebook, way beyond introducing a Like button onto the site. The sad but inevitable fact is that if the check-in is to live on, then it’s going to live on within Facebook. There are too few people interested in setting up a profile on a specialist site such as IntoNow, if they can do the same thing through Facebook. It is the only platform right now that can uniquely benefit from the mass userbase needed to make check-ins work, combined with businesses set up on there who have a vested interest in seeing the checkin succeed. What we’re talking about here however, is much, much more than the Facebook Like button, which some could argue serves the same function as a check-in. But while the Like button is a way of sharing interesting content with your friends, the concept of checking-in is about documenting your actual journey and sharing this.

It is through Facebook that the check-in can really live on and extend way beyond our current understanding and use of it. As an increasingly small amount of our time is actually spent offline, the check-in is going to be a vital way of staying in contact with your friends and sharing your social experience. Status updates will likely evolve into a shout out while checking in somewhere, as we become more comfortable with the concept of combining the two. There’s also check-ins for the sake of it because it’s still novel (where we are now) and check-ins becoming the necessary, default way of staying connected and combining your virtual and physical lives (where we are headed).

Read next: A bug in Skype for Mac could give hackers root access to OS X [Updated]