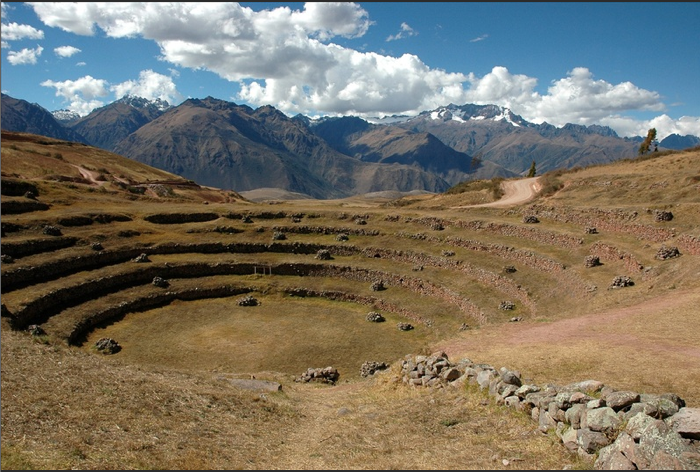 Even if I hadn’t coincidentally been on my way back to Europe for few weeks, I would have been just as excited by the release of the new Fotopedia app: Fotopedia Paris. As a previous Fotopedia user, I knew that this app would be stunning.

The quality of the content plays a big role in the app’s success but so does the overall experience. Everything just fits and works together: the fluidity, the transitions, the way content is  organized and how you access information about the place you are virtually discovering.

“You do not spend so many years at Apple without being obsessed by quality” said Jean-Marie Hullot, CEO of Fotopedia, but also one of the great contributors to this new way of traveling virtually. The first step was to build “a huge inventory of images, a wikipedia for photos, only exposing the most beautiful ones curated by the community to discover the world”.

It is an ambitious project, but it is easy to see the passion that drives it. You can feel how the team wants to take you on a journey using technology and design. You are not just a user but become a committed explorer. This user engagement is what differentiates Fotopedia’s apps.

“The idea has always been not to just make apps, but to build a brand” explains Jean-Marie Hullot who does not see their applications as a new gadget but the future of what coffee table books used to be. It’s a book that you open to relax and discover new things and find yourself coming back to it regularly. On average Fotopedia users spend more than 20 minutes in each application, which is an eternity in this market of immediacy… and this is just the beginning.

Indeed, we hear so much about this new app world that we forget that just a few years ago there were barely a few hundred consumer applications available. Back in the day you had to go to a brick and mortar store to buy software. This was annoying for consumers but also was a huge barrier to entry for app developers because application distribution was expensive, requiring a lot of logistics and was a rather closed network.

Then arrived what has become totally integrated into our wired lives: this new generation of app stores for your iPhone, Android phone, iPad, PC or Mac. Purchasing your apps over the Internet has now become mainstream. The number of potential customers for apps is increasing at an unbelievable pace. Research firm Forrester estimates that by 2015, 82.1 million Americans will have a tablet computer, up from 10.3 million in 2010. Of course, developers are now flocking to the market bringing hundreds of thousands of apps with them. Now the next challenge for them is how they can help you find their app and convince you that you need it.

Like any market there are trends and hype influenced by cool marketing campaigns or influential users (think Instagram and Color). Fotopedia is dancing to a different rhythm. The team believes that to survive in the long haul you have to think about key points like the quality of software without compromising design. Their approach to the app market is to leverage their strong technical foundation, not focusing on what is hot but on a vision that Jean-Marie Hullot has had for many years. Embracing technology is necessary but the relationship with photographers is also essential. Not only is Fotopedia building a new model for building apps, but they are also stirring up another industry, photo publishing.

Every photographer is credited in their applications, citing the different licenses the pictures are distributed with. I bought the “Memory of Colors” app but Heritage on my iPad is free. The revenues are redistributed to the contributors, but free isn’t a bad word either: “the free app is also a new way to expose your work, becoming a name and identified, to diffuse your pictures.”

The Free/paid app is not the only model to make money in this business. Jean-Marie Hullot says “there are have many things to reinvent and to create in the publishing industry”. e.g. Fotopedia has already been contacted by many big companies in the travel industry. Several months ago they released their app for American National Parks, free only the first day, to a resounding 200,000 downloads in 24 hours. When users enjoy their experience they are curious and become eager to discover their other apps. With over 2 million downloads, Fotopedia’s site gets 1 million visitors a month.

Fotopedia is building a brand with name recognition that is renown for the quality of its content and ease of use. Ring any bells? This doesn’t come as a s a surprise when you know that most of the team spent time at Apple at some point or another in their career. They are building the apps that you will regularly buy just like you used to regularly buy coffee table books, offering a virtual, beautiful tour of the world, enabling us to explore “pictures with a soul” says Christophe Daligault, the Senior Vice President of Fotopedia.

This passion for excellence allows Fotopedia to be present on a global scale. Europe accounts for 33% of its downloads, North America 32% and Asia 23%. This last market has a huge potential. Jean-Marie Hullot sees China as the next big opportunity with a population opening its eyes to the world. In the first 24 hours, Fotopedia Paris had 80,000 Chinese downloads.

“Photography alone of the arts, seems perfected to serve the desire humans have for a moment-tis very moment-to stay,” says photographer Sam Abell.

Fotopedia has the same ambition: Founding a brand, beyond the hype that will last.