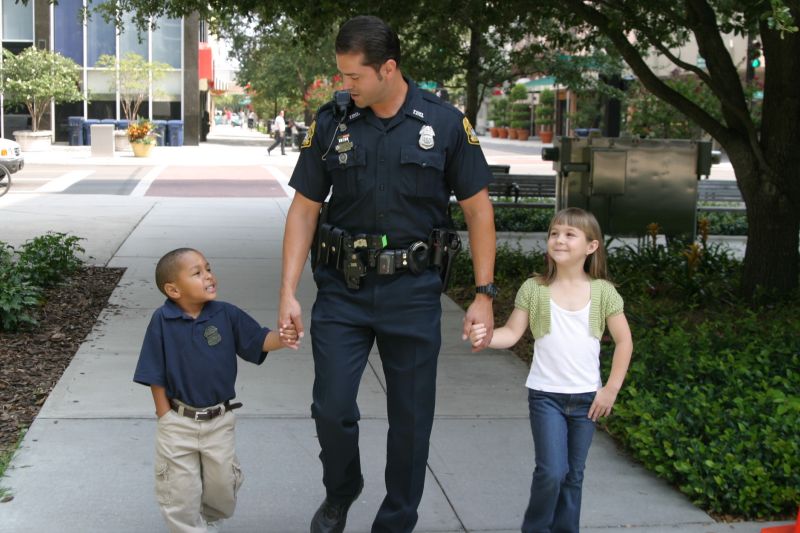 What if the next time you watched an episode of Law & Order, the suspect’s guilt wasn’t confirmed by DNA evidence or witness accounts, but through an incriminating Facebook photo? In much the same way that DNA analysis revolutionized forensic science only a few decades ago, social media is changing the ways that police officers serve and protect.

Websites like Facebook and Twitter can help law enforcement officials quickly share information with a large audience. Instead of waiting for the local news channel to cover a story, police departments can instantly post important alerts online for users to view directly. Police websites display various types of media, from surveillance video footage to photographs of wanted suspects.

“[Using social media] is so much easier and so much more effective,” said Constable Scott Mills, Social Media Officer for the Corporate Communications Toronto Police Service. He cited an incident in September 2010, when gunshots were fired at Central Tech high school in Toronto. As soon as he established contact with officers on the scene, Cst. Mills began tweeting updates with the hashtag #CTGun. Anxious parents could follow the situation, quickly receive reassurance that everyone inside the school was safe.

“In the traditional way of doing things, you’ll get a major incident like a school shooting and the phone at the police department is ringing off the hook, with media as well as concerned members of the community asking the same question: ‘What’s happening?’ Now, I can tell them to start following a specific hashtag, and I take control of the virtual scene. We’re saving parents hours of worry, and we’re not getting deluged at the scene with people asking us what’s going on,” said Mills.

By using an open forum like Twitter to provide real-time updates on breaking news, law enforcement officials are further able to reduce instances of misreported information. “Before, police officers would get extremely frustrated because the local TV station didn’t cover something important, or maybe they got something wrong,” said Lauri Stevens, founder of LAwS Communications, a consultancy that specializes in advising law enforcement agencies on how to use social media. “Now if the news gets something wrong, the police can just point to their own efforts in social media.”

Helping Cops Connect with the Community

In addition to sharing urgent updates, social media engages the community, and encourages better interaction between law enforcement and civilians. Many police departments have set up Facebook pages or Twitter accounts that provide information about outreach programs or local events, in addition to soliciting for witnesses or information related to ongoing investigations. The Santa Cruz Police Department recently launched an iPhone app that lets users view Nixle alerts and submit crime tips directly from their phone.

“The major goal is to help prevent and solve crime together,” said Cst. Mills. “But if you don’t have an engagement strategy driving people to your website and driving people to follow you on Twitter and Facebook, you’re just talking to yourself.” In an effort to develop their own engagement strategy, the Dallas Police Department became one of the first in the United States to employ a social media officer. In February, Sr. Cpl Melinda Gutierrez was tapped to manage the department’s Facebook and Twitter accounts, which had over 5,700 “likes” and 3,700 followers, respectively. This is tangible evidence of a more gradual shift: as law enforcement agencies realize that social media provides the unique opportunity to open up a dialogue with the community, they’ve taken steps to make their online voices heard.

But perhaps the most transformative effect that social media has had on law enforcement comes from the new ways that police are using platforms like Facebook, YouTube and Myspace to actively aid in investigations. Traffic police in Delhi started a Facebook page that allows civilians to become digital informants, encouraging residents to post pictures of traffic violations that are reviewed for possible citations. Recently in Massachusetts, one student found his stolen laptop by remotely hacking into its hard drive and posting a video of the perpetrator to YouTube. In the United Kingdom, law enforcement officials are cracking down on cyber-bullying by issuing online warnings to offenders, based on tips from teachers. Some police officers are even creating dummy profiles on Myspace to infiltrate street gangs. By posing as fellow gang members, they are able to gain access to photos, videos and profile information that sheds light on possible criminal activity.

This particular practice could become even more effective with the advent of new technology. In June 2010, the United States Air Force requested bids for the development of a “Persona Management Software,” which would let an individual manage a unit of up to 10 fake identities on social media sites. These non-existent personas would have background, history and supporting details, allowing the controller to seem legitimate when “friending” targets in order to gain access to private profile information.

If the prospect of being fake-friended by a government agent made you break out in a cold sweat, you can take some comfort in the fact that you’re not alone. Nearly all of the tools and opportunities provided by social media are accompanied by potential safety concerns, both for law enforcement and civilians.

One dilemma surrounds the user’s reasonable expectation of privacy. Without a warrant, what information should law enforcement be able to access? In potentially life-threatening situations, should social networking sites provide private information and personal details to police?

According to a spokesperson from Facebook: “In very rare instances our policies and the law (ECPA) allow for emergency exemptions. One hypothetical is a kidnapped child where every minute counts. It is in this type of instance where we have verified an emergency that we feel a responsibility to quickly share information that could save someone’s life. However, the sharing must in our judgement be in the best interest of the user.”

Another chief concern involves the balance between protecting the identity of police officers and allowing them to directly interact with the community. Cst. Mills is a firm advocate of maintaining a visible presence on social media, although he cautions officers to maintain separate professional and personal profiles.

But officers still face risks: in October 2010 during a DUI traffic stop, Phoenix police recovered a CD with the names and photographs of over 30 police officers and civilian employees, including several patrol and undercover officers. All of the information on the CD had been obtained from Facebook profiles. For the same reasons that many police officers have unlisted phone numbers, there is a level of danger associated with law enforcement officials posting information on social media that is accessible to the public.

For most law enforcement officials, however, the biggest hurdle presented by social media stems from lack of education and fear of accountability. “I think in the beginning, police officers heard a lot about stupid cops who got into trouble or got their department in trouble because they said embarrassing things,” said Stevens. Stevens is also the creator of The SMILE (Social Media in Law Enforcement) Conference, a seminar that helps law enforcement officials incorporate social media into their processes.

“But it’s definitely easier than it was even a year ago,” she said. “There is less debating about whether or not to get on social media. Now it’s about – we understand we need to do this, so how do we go about it?”

Read next: Want to learn to build a mobile app? There is a class for that