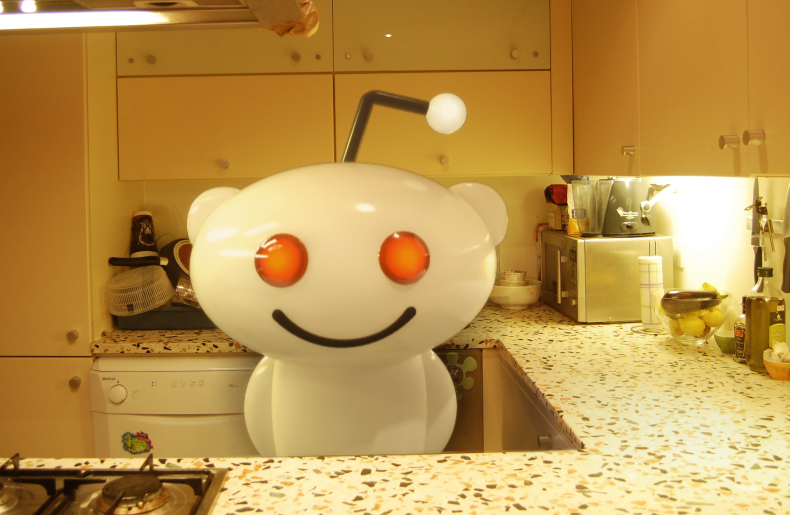 Since the catastrophic launch of Digg’s fourth version, its smaller sibling that had long lived in the shadows has been shoved into the Internet spotlight.

Reddit groaned under a massive influx of traffic as ex-Diggers flooded the site, and a wave of media-induced surfers crashed upon its shores, often pulling the site to its knees with their sheer numbers. What was once a relatively tight-knit community began to expand at a rate that could have watered its culture until Reddit lost its unique character.

It did not happen. Yes, Reddit is much larger than it used to be, but the expansion has been handled with grace. The site is now more diverse, with pun comment threads that are longer than ever, and with more memes than anyone but the most dedicated devotee can track. Reddit survived its massive growth with flying colors in every regard except that of uptime. The site still struggles. However, work is being done along those lines now that site revenue has hit an incline.

So then why this post? Because as any Redditor can tell you, especially if they have more than a year on the site, Reddit is a perfect example of everything that is excellent about the Internet, and if you aren’t a user you should think about joining. Reddit is smart, fast, timely, introspective, and funny.

However, please don’t go to Reddit if you don’t laugh out loud at least once a day. You won’t fit in. Now, let’s get into what Reddit is and why you should care.

Reddit is a site where users submit links or ‘self-posts,’ simple bits of text, that other users can vote up and down and comment upon. Heard of that before? Yes you have if you know the names Digg, Mixx, Pligg, or any number of other sites. What makes Reddit special is not its technology, the site is bare-bones and unreliable, but its users. It looks like this:

Blue and white aside, the community that makes up Reddit is the best that you can find online. Consistently generous, brutally honest, leaning towards default-positive, and always interesting, Reddit users are ace at finding what is new, next, and hot.

Redditors from around the world contribute, making the site a multi-national, multi-ethnic, and multi-faith bazaar of conversation and linking around ten thousand topics. You might be wondering that if Reddit is so big, how do you keep track of topics? Good question young Padawan, let me explain.

Sub-Reddit your way to victory

If you were ever a Digg user, you must recall reading the top stories in the Technology section, or the Politics section, and so forth. Reddit has similar capabilities, but with an important distinction: Reddit users run the sections, and anyone can make their own. Topics are called sub-Reddits, areas that are a part of Reddit, but are centered around a single genre or theme.

There is a sub-Reddit on Politics, one for World News, one for each of Islam, Christianity, and Atheism, one for Funny bits, Rage Comics, Starcraft, and just about anything else under the sun. Want a sub-Reddit that doesn’t exist? Make it yourself in minutes.

Each sub-Reddit is run by a group of users who either founded the sub-Reddit, or were later added by its founders. The site is rather libertarian in that regard; there are a number of sub-Reddits whose topics might raise the eyes of normal folk, but to whose community are the most normal things in the world. Reddit is a big place, and no matter your hobbies or interests, there is likely a place for you.

Ready to open an account, find some neat sub-Reddits and join the conversation? Hold up and read the next section before you do.

Why does everyone hate me?

Reddit is witty and sharp, and that applies to all aspects of the site, including responses to foolish comments and posts. Tip: don’t say stupid things. Also, being mean is generally downvoted harshly.  If the masses of Reddit users, lovingly dubbed the Hivemind, don’t like what you are saying, there is a good chance that you are going to be told as much, and bluntly.

Such is life. Every site has its own personality, and Reddit embodies that rule to the hilt. Sure, you can be who you are, and you can say what you want, but it won’t always go over well. Each sub-Reddit also has its own quirks and habits. Have fun while you Reddit, but keep an eye out.

You are joining a community that other people built. It’s their house, so tread softly when you first show up. The hang of it you will get.

I want to tell you about novelty accounts, and Reddit Secret Santa, and about how to sleep with a towel under your head if you have acne, and just about another one thousand things, events, ideas, and schemes that I have read, heard, or participated in on Reddit. It is a place that is one of a kind.

But I can’t, I have already outstayed my welcome with this post. Go to the site and see for yourself. The promise of the Internet to unite and teach is alive and well in the world of Reddit.

Read next: Android gets a major gaming boost from Unity's cross-platform publisher