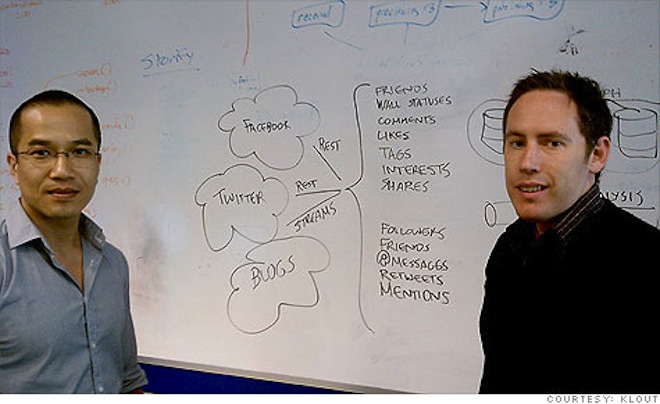 If you’re an employer, looking to hire, maybe you’ve investigated an online influence score of a potential candidate. Or maybe you’re a brand, wondering who best to develop a relationship with in order to spread your product. Influence is an understandably difficult thing to measure and there’s a lot of work still to be done. Basing business decisions solely upon it is foolish at best, but more likely destructive.

The market for influence is one that’s being shopped heavily right now. With sites such as PeerIndex, Klout and the like, the goal is to look at how a user’s actions across the social space affect the actions of others. While some companies are doing an interesting job of figuring out what the mysterious influence score really means, there are others that are taking a dangerous route.

I had the chance to talk with Philip Hotchkiss, the Chief Product Officer from Klout. What he had to say about the entire influence ecosystem, as well as what Klout is doing within it, offers some great insight.

According to Hotchkiss, most businesses that Klout sees using the score are doing it right.

People are using the score as an input for making these decisions, but it’s not as cut and dry as access approved or access denied based on a Klout score.

The basic fact, as Hotchkiss points out, is that everyone has influence. He states that Klout’s goal is not to be “a business that…once you cross this elite status, all of these things open up for you.” Rather, the focus is on finding the different metrics by which someone’s influence can be measured and then translating that into an overall score.

There are problems with any algorithm, and Klout is not alone in its experiences with them. A few weeks ago, I brought up a case-in-point scenario with Hotchkiss that he agreed was difficult for Klout to decipher.

Let’s say that you’re a blogger for an International technology blog. If a business chooses to offer an influence-related perk to someone in front of you but not you, then you go and write a story about that experience, your message is likely to have a considerable impact that your personal Twitter or Facebook actions will not take into account.

Likewise, if you’re highly influential offline to people who are influential online, that’s another scenario that an algorithm is going to have a hard time detecting. Both of these are areas that businesses, brands and consumers need to bear in mind if the subject of influence comes into play.

The question comes up as to whether influence-measuring sites owe a duty to the ones who would use them. Should Klout have a very public statement that directs businesses as to how it should be used?  Is the site liable for having faults in its system or unresolved issues? Would your answer change if you weren’t given a job, based on your Klout score?

The hard fact to swallow is that the influence measuring game is one to which the rules are still being written. Even Klout, as announced today in a blog post, is still adding measurement inputs and tweaking the ways in which it interprets them. Hotchkiss assures me, though, that these are not taken at will.

Measuring influence online is challenging. When we do upgrades and algorithm evolutions, months of work and testing has gone into that.

So what is a business or brand to do, in the mean time? Are influence scores even worthy of a look?

From where we’re sitting, yes. But there’s the caveat of being able to understand that it’s only a chapter of the book, rather than the book itself. If social influence is important to your ultimate goal, then do take a look at the scores. But it’s imperative to understand what it is that you’re looking at.