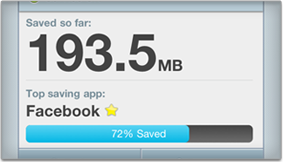 While many point towards piracy when trying to rationalise the fall in music sales in the past ten years or so, its also worth noting that another factor at play here is that people are simply doing other things aside from just listening to music, and one such activity is most certainly gaming.

To compound this, social games on mobile phones and Facebook are now likely played in short bursts at times where people might have traditionally been listening to music – such as on the train on the way to or from work – and are being played by the kind of young audiences that record labels are always keen to attract.

A recent panel event at the MIDEM music conference focused on the potential revenues that might come from Social Gaming, and revealed that some inroads have been made into combining gaming and music together recently with encouraging results. For instance Nightclub City, a Facebook game which makes use of existing popular tracks and where players can run their own virtual clubs, has already attracted around 20 million users. Meanwhile, RJDJ, a mobile based music app which allows users to directly interact with music based “scenes”, has attracted popular artists such as Air, Little Boots and the Easy Star All Stars.

One of the main possibilities of social music gaming, on top of winning back access to that leisure time that’s been lost to gaming, is that it offers a hitherto unavailable means for artists and labels to build loyalty from their fans and maintain a near constant connection with them. By offering virtual goods within the games or even real incentives such as merchandise and gig tickets, and they can keep their fans keen, engaged and evangelising.

Of course, as with all digital music ventures, there are barriers here – licensing issues, similar to those faced by streaming services such as Spotify, can slow down the process of building around existing intellectual property or simply make it financially impossible. In addition to this, the developers of existing social gaming platforms have been hesitant to involve third parties of any kind up until this point and are hardly likely to enjoy working with demanding and inflexible record companies and artists, or welcome them as potential partners.

Despite these hurdles the millions of users and potential high revenues that social gaming could open up is likely to make labels and publishers a little more flexible than they have been with streaming services. After all, nothing attracts attention and confidence like a proven business model. Their real challenge is to create and endorse games that can help build and sustain a lasting fan base while staying true to the image and ethos of their artist.

If the music business can get that right, it could result in a new stream of revenue and potentially a sizeable share of the returns that social gaming has already proven it can generate.