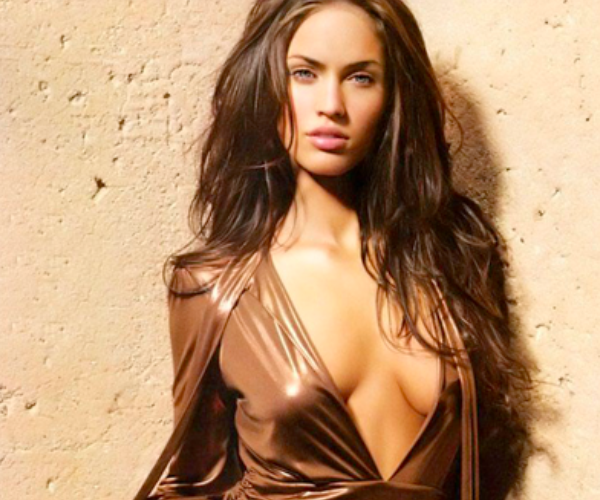 Today, the Facebook of dating websites, OKCupid released its latest study, titled “The Mathematics of Beauty.” In the study, Christian Rudder, OKCupid’s Editorial Director analyzed the attractiveness of a woman in relation to how many messages she received. The findings?

Essentially, the more men disagree about a woman’s looks, the more they like her. A super hot woman will get the most messages, followed by the lowest rated or ugliest women. The “cute” girls, the 7s, the girls most men generally agree upon and the B pluses and minuses of the world, well, they get a bit screwed, or well, don’t actually.

OKCupid calls this a paradox. I’m calling it the Megan Fox Paradox. Megan Fox is one of those unbelievably hot women that I would gladly give up my heterosexuality for and hop into bed with. And that is why I am shocked at the amount of men I’ve heard say, “Eh, she just doesn’t do it for me.” She’s either undoubtedly rated as one of the hottest women on Earth or she totally misses the mark for some (peculiar) men.

According to OKCupid’s study, Megan Fox would receive the most “messaging income.” Shocker. “Guys who think you’re amazing (voting you a perfect ‘5’) are the strongest contributors to your messaging income,” writes Rudder. But, he concludes that men who think a user is just cute actually subtract from their message count. He writes, “Guys giving you a ‘4’, who are actually rating you above average-looking, are taking away from the messages you get.” A woman receives more messages from men as men become less consistent in their opinions of her.

The end result, if you want more messages: If someone doesn’t think you’re hot, the next best thing for them to think is that you’re ugly.

“In plain scientific terms,” he writes, “It was like a baby we were trying to drown had somehow grown gills. (This happens all the time in China.)”

Suppose you’re a man who’s really into someone. If you suspect other men are uninterested, it means less competition. You therefore have an added incentive to send a message. You might start thinking: maybe she’s lonely. . . maybe she’s just waiting to find a guy who appreciates her. . . [so] You send her the perfectly crafted opening message.

On the other hand, a woman with a preponderance of ‘4’ votes, someone conventionally cute, but not totally hot, might appear to be more in-demand than she actually is. To the typical man considering her, she’s obviously attractive enough to create the impression that other guys are into her, too. But maybe she’s hot enough for him to throw caution (and grammar) to the wind and send her a message. It’s the curse of being cute.

What can women do to receive more messages? OKCupid offers some advice based on their study. Take whatever you think some guys don’t like—and play it up. Think tattoos, piercings, big noses and chubby photos.

If you have a weird snaggletooth, play it up: statistically, the guys who don’t like it can only help you, and the ones who do like it will be all the more excited.

Read next: Express your Facebook status through song with MoodMusic