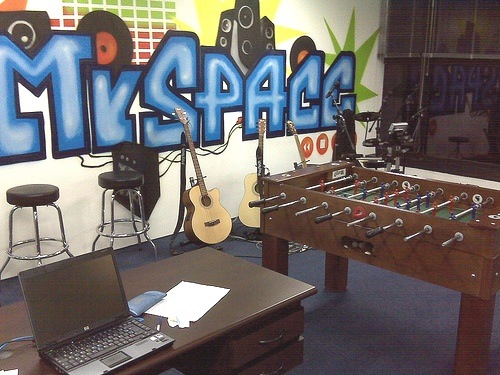 Myspace is on the verge of cutting its workforce in half, laying off up to 600 employees as soon as tomorrow according to Liz Gannes at AllThingsD.

We reported at the end of December that the company’s 1,100 employees, a large majority of them residing in the US, were faced with being laid off as management looked at ways to cut costs after revenues and traffic have fallen.

It is thought that Myspace’s international employees will be affected the most, just yesterday it emerged that the CEO of Myspace China had resigned as its international office laid off 30 of its staff, cutting its operations by two-thirds in that country.

As soon as the layoffs have been announced, Myspace will then concentrate on finding a buyer for the beleaguered social networking website – the company is being offered to private equity buyers but there are rumours that the company could sell to Yahoo.

Staff at Myspace will not be surprised to learn of the layoffs, reports have been circulating for many months now. The remaining staff will hope that a change in ownership can bring new life into the company, otherwise it will be a sad end to a social network that once had so much potential.

Read next: The FT's Tilt takes a tech blog-style approach to financial news