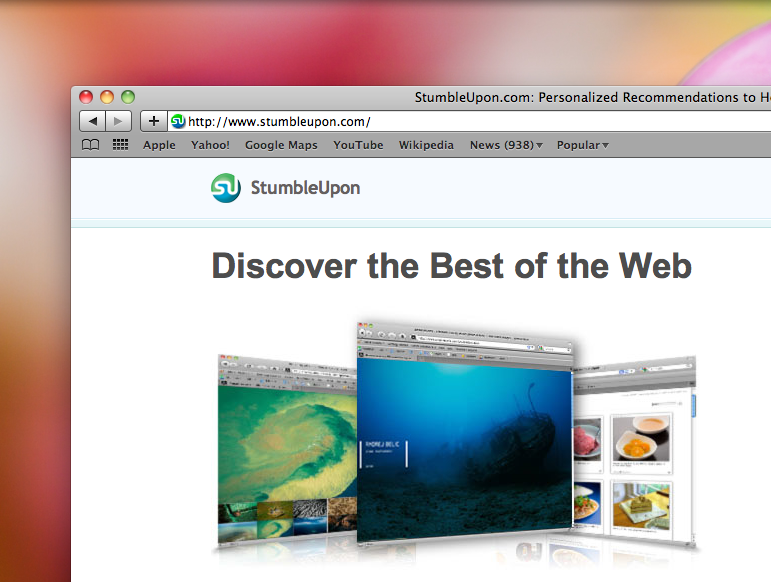 According to analytics service Statcounter, Stumbleupon has surpassed Facebook to become the number one website for generating social media traffic in the U.S, accounting for 43.34% of the market as January 2011 commenced.

Statcounters stats comprises the top seven social media websites, including Stumbleupon and Facebook, as well as Twitter, Reddit, YouTube, Myspace and Digg. Facebook consistently held top spot over the course of 2010, at times accounting for over half of the traffic sent out from the seven websites, before dipping at the end of the year.

Stumbleupon is well known for its ability to drive huge numbers of visitors to websites that have been “Stumbled”, sending users to different websites that have been marked with with a “Thumbs Up” by other users (over 12 million of them in fact), in effect vouching for the target website and deeming it legitimate and a decent source of information.

“StumbleUpon just surpassed Facebook as the #1 source of social media traffic in the US! http://su.pr/6zEGWk“

You might be wondering what constitutes being a top social media website. Statcounter stated back in April that Stumbleupon was consistently in the top two Social Media sites in terms of generating traffic, actually bypassing Facebook back n March 2010. The traffic generated by a website can be different to the amount of visitors a website gets, for example, you would expect Stumbleupon’s 12 million users to generate less pageviews on the Stumbleupon website than Facebook’s 600 million users.

Great news for Stumbleupon but the figures need additional context. Over the Christmas period, Facebook became the most popular website in the UK for the first time, knocking Google’s UK search portal from top spot. We later reported that Facebook beat Google to top spot as the most visited website worldwide according to Hitwise.

Statcounter does track an average of 15 billion page views per month on more than three million websites, is this sample size large enough to accurately confirm that Stumbleupon is receiving more social media traffic than Facebook in the U.S? Stumbleupon can definitely send traffic but Facebook is also very consistent in terms of traffic generation.