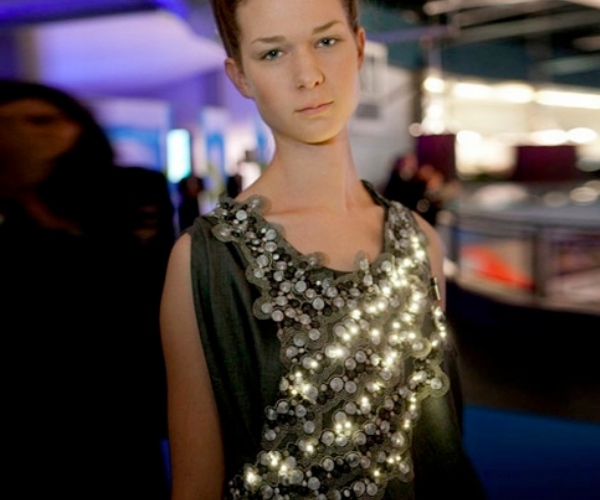 Luxury Society, a social network for those working in the luxury sector, has recently released The Digital Agenda report on the state-of-the-industry regarding digital presence and innovation. According to the report although almost 80% of luxury executives believe that the industry has been late to embrace digital media, more than 75% feel their company is now prepared to make the most of them.

2010 has been a tipping point, as this year we’ve seen high end brands using social media for one of a kind campaigns, like The Poppy Project by Coach, the use of latest technologies for impressive events, like the 4D shows by Ralph Lauren, the use of AR to amplify the customer experience, mostly by luxury watchmakers, virtual fashion shows that revolutionize the way buys are placed, like Burberry did with the “Retail Theatre” and many more examples of the most fast paced year for luxury in digital. Let’s take a look at what 2011 seems to hold for the luxury industry in the digital space, based on the statistics presented in The Digital Agenda:

Pressure for measurable results: Even if most luxury executives admit to being late in joining the digital sphere, the majority still feels the wait was partly justified as there was a lot of confusion around customers’ online behavior and the ROI was unclear. In 2011 having now committed to online media and innovation, the heads of digital will have to focus on setting goals and deciding on what they will measure to define their success online.

Facebook vs. Twitter: Most brands– apart from their official site– seem to be focusing on their Facebook presence ( 70.8%) and e-mail marketing (69.3%) while only 53.9% of the brands make use of Twitter. It will be interesting to see how this balance will shift in 2011 with Facebook messages and Twitter investing in its relationship with businesses, providing them with valuable tools for an effective use of the platform. Will Twitter manage to catch up with Facebook and compete with it in popularity as a communication platform for brands in 2011?

Customer Relationship Managment: Brands like Best Buy and Zappos have been pioneers in using social media for customer service while other brands like Moxsie and Starbucks leverage online communication tools to gain and retain the loyalty of their customers, but luxury brands so far seem to put less emphasis on Customer Relationship Management (only 50.8% use CRM). In 2011 and beyond they aim to build a luxury CRM culture with 69% of luxury brands stating the improvement of customer service as their priority and 67% said they use digital media to gather feedback from their customers.

The evolution of product information: Luxury brands’ top priorities are: brand awareness (92%), communicating product and services information (90%) and sharing their company’s history, values and expertise (88%). The challenge in 2011 will be to find new ways to share product and brand information in an engaging way and also in a convenient way for the shopper online, offline and on the go.

Opening Up: One of the obstacles on the digital path of the luxury brands has been the fact that marketers have been highly protective of their brand image and messaging, finding it sometimes challenging to trust and collaborate with third parties from the tech world. The majority of luxury executives are now retaining control of digital strategy, content production, email marketing and management of social media, choosing to outsource digital design, SEO and more technical tasks. With collaboration and crowdsourcing as two of the hottest trends for next year, high end brands will have to find ways to open up without having to lose their status of exclusivity. In 2010, we’ve seen some great examples like Burberry’s Art Of The Trench and Giorgio Armani’s Frames of Your Life. Next year it’s up to luxury brands to allow their customer to become part of their tradition and shape their future together.

Digital Marketing’s domination: Today a mere 23% of luxury executives spend more than 25% of their total budgets on digital marketing. In 2013 this figure is expected to almost double, weakening further traditional media as a marketing platform. The shift from traditional to media is a rapid one; it remains to be seen if it will be a mere shift of platforms or a shift of marketing philosophy. People have different expectations online and they expect dialogue from brands and not just broadcasting from them, which is something that is acceptable in traditional media.

The growth of e-commerce: Although e-commerce (both company owned and externally retailed) doesn’t yet account for a significant percentage of total sales, The Digital Agenda reports that in the next 3 years e-commerce is expected to grow fast. Luxury brands have a tough year ahead in order to lead the e-commerce race, considering that most of them only run US, UK and Europe stores, failling to tap into emerging affluent markets like China and Middle East. Very few brands, like Hermès, Jimmy Choo and Tiffany & Co ship globally while certain brands like Lanvin, Marc Jacobs and Oscar de La Renta ship only to the U.S. Will luxury brands push the envelope in 2011 and maybe try alternative platforms as sales points, like Tumblr and Facebook? And will they beat e-tailers like Net A Porter and Gilt to the emerging affluent markets, especially China, where Yoox is already planning to open in 2011?

Digital PR: Digital PR is in the fog mostly because luxury brands are undecided on how they should handle their relationship with bloggers and are slow in adapting new ways to communicate their press releases. 2011 will be a banner year for digital PR, if PR departments can’t find ways to evolve and embrace digital media they could face the same crisis that advertising did in 2010. Again opening up and collaborating with new forms of publications and independent creatives will be key to survival.

Branded content: 58% of luxury executives are already using branded content on platforms like YouTube, Facebook and Twitter. This year Dolce & Gabbana launched Swide, an online magazine with subtle references to Dolce & Gabbana products, while LVMH’s Nowness impressed with the high quality videos. Tumblr has emerged as the choice platform for fashion brands to share content, like backstage moments and has invested back to its fashion following. The battle for 2011 as more and more brands act as media outlets to rise above the noise, stay relevant and keep their fans engaged.

The rise of M-commerce: So far only 35% of luxury brand executives have implemented m-commerce and marketing solutions but most retailers plan to change this in the immediate future. Still in 2010 there were some bright examples in m-commerce like Tommy Hilfiger’s iPhone app and Polo Ralph Lauren’s Rugby Ralph Lauren Make Your Own app. Mobile works as a selling point, as a trigger for in-store purchases and plays an even more pivotal part in raising luxury sales and establishing a brand’s position in countries like China, where mobile is already king in brands’ communication and commerce.

You can read further stats and analysis by downloading The Digital Agenda on Luxury Society.

Speaking of digital luxury, have you see the world’s most high-tech dress? What are your predictions for 2011 and what case studies stood out for you from the luxury world in 2010?

Read next: Opinionaided. Instant advice and opinions on anything using your iPhone