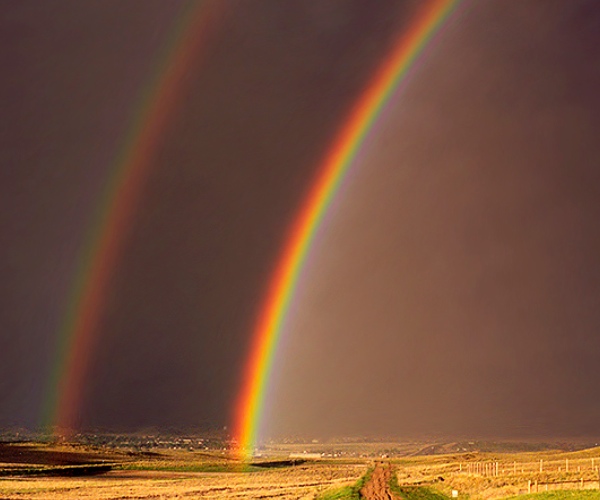 It’s been a big year for YouTube, closing out its 5th year in the world and there is no other website that better epitomizes the possibilities of the last 5 years of the Internet than YouTube.

“The most-watched YouTube videos of 2010 reflect the people, places and events that captured our attention and imagination throughout the year,” said Mia Quagliarello,  YouTube Community Manager.  “YouTube has become the world’s town square – a place where culture is created and shared.  It’s a sign of YouTube’s growing importance as a platform for content creation that six of the top 10 most-watched videos globally were made-for-YouTube originals.”

So what we’re we watching this year? From Bieber to the Bed Intruder to double rainbows, check out this year’s s most-watched YouTube’ videos of 2010.

#1 The Bed Intruder Song wins with nearly 50 million views as the most watched video in the US and around the world. The video was produced by YouTube partner Auto-Tune the News aka the Gregory Brothers. Inspired by a local news segment, this song featuring an ‘auto-tuned’ version of Alabama man Antoine Dodson entered the music charts, and the revenue it generated helped Dodson purchase a new home. Missed it or want to see it again?

#5 Old Spice | The Man Your Man Could Smell Like: We reported earlier this year that with two new TV spots and the online response videos, Old Spice sales were up a whopping 107 percent.

#6 Yosemitebear Mountain Giant Double Rainbow 1-8-10: Like Grizzly Man meets Burning Man meets the Wizard of Oz. Is there anything more awe inspiring than a double rainbow?! And where can I get whatever he’s on?

#7 OK Go – This Too Shall Pass – Rube Goldberg Machine version: From OK Go’s new album “Of the Blue Colour of the Sky,” this awesome video makes Doc’s kitchen in Back to the Future look like Lego play. The video, directed by James Frost, OK Go and Syyn Labs and produced by Shirley Moyers, was filmed in a two story warehouse in Echo Park, CA. The “machine” was designed and built by the band, along with members of Syyn Labs over the course of several months.

#8 THE TWILIGHT SAGA: ECLIPSE – Trailer: I know more men that think they look like or wish they looked like Robert Pattinson and the same for women and Kristen Stewart than I actually know people with crushes on these actors. Also interesting, “eclipse trailer” was the most searched for query on YouTube during the month of March.

#10 Ken Block’s Gymkhana THREE, Part 2; Ultimate Playground; l’Autodrome: Shot just south of Paris, France in Linas at l’Autodrome de Linas –Montlhéry, this 1.58 mile oval track, built in 1924, features banks as steep as 51 degrees, which is more than double the standard incline of most NASCAR ovals. Chosen by Ken Block for this specific reason, the ramp-like banking proved to be a unique and exciting challenge. This man definitely studied physics.

For more information on the most-watched videos of 2010, check out YouTube Trends