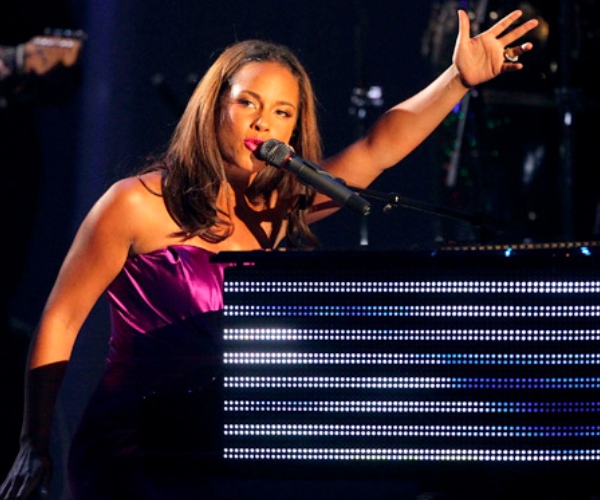 In the past few years, social media has gained mainstream acceptance as a valuable tool for companies seeking to market a brand, product or message because outlets like Twitter and Facebook provide the ability to share information with a broad audience.

Social media is exciting because it can snowball; an idea can gain vast support, or disapproval, in a very short time. While this tool is useful for a business, it is even more beneficial for philanthropic organizations. We recently wrote about how social media has affected social activism, arguing that social media is one of the best resources for nonprofits and charity organizations, because it presents a golden opportunity for them to effectively reach out to large groups of people, build communities of supporters and increase global awareness in real time on a specific issue.

The following initiatives are excellent examples of ways that charities and other organizations that work to create social change are benefiting from social media: Epic Thanks is a social media based charity drive run by Epic Change that raises money for inspirational people “who create hope in our world.” The concept is simple: for the three days leading up to Thanksgiving, people were encouraged to use social media sites like Twitter, Facebook and YouTube to share messages of gratitude, along with the hashtags #tweetsgiving or #epicthanks and a link to www.epicthanks.org. Supporters donated via PayPal through the website.

The campaign, which started as “TweetsGiving,” was founded in 2008 and raised money to build additional classrooms, a library, cafeteria and dormitory for a school in Tanzania run by Mama Lucy Kamptoni. Now in its 3rd year, Epic Thanks has expanded its focus to benefit three “changemakers,” whose missions are featured on the website. In addition to Mama Lucy, donations will go to Mike Halley, a retired US Marine who founded an organization that provides service dogs to disabled veterans, and Subhash Ghimire, who is working to build the first peace school in Nepal for children affected by war. By helping these “changemakers” spread their stories via social media, Epic Thanks helps them reach a much wider audience, increasing awareness and creating support for their causes. And so far, the efforts have been successful- Epic Thanks raised $13,600 this year. Digital Life Sacrifice took an innovative approach to fundraising by harnessing the phenomenon of celebrity Twitter-stalking in reverse. Started on December 1st 2010, some of Hollywood’s top tweeters went completely social media silent, pledging to stay logged off until a fundraising goal of $1 million had been reached. Some of the participants included Lady Gaga, Justin Timberlake and Kim Kardashian, who have over 16 million followers combined. Promotional ads showed celebrities lying in coffins, and many even filmed their “last tweet and testaments.” The effort was led by Alicia Keys and her charity – Keep A Child Alive – to raise money for families in Africa and India affected by HIV/AIDs. Supporters could donate online, via text message or buy a fully scannable bar coded “Buy Life” t-shirt that others can actually scan to donate.

The campaign was interesting because it put a unique spin on the traditional concept of capitalizing on recognition and renown. Rather than thrusting celebrities into the spotlight, as advocates for a specific cause, the Digital Life Sacrifice choose the opposite route: encouraging fans to donate to a worthwhile cause in order to bring a favorite icon back into the limelight. “We’re trying to sort of make the remark: Why do we care so much about the death of one celebrity as opposed to millions and millions of people dying in the place that we’re all from?” said Leigh Blake, co-founder of Keep a Child Alive. So how long could people survive without regular updates on what Kim Kardashian is thinking? Apparently about five days. The Digital Life Sacrifice ended on December 6th, meeting its $1 million goal when philanthropist Stewart Rahr generously matched already contributed donations of $500,000. The Salvation Army is one of the most social-media savvy nonprofits, with an established presence on Facebook, Twitter, YouTube and Flickr. The organization recruits virtual bell-ringers via Facebook and Twitter for their online red kettle program, and volunteers have to option to create a widget for their blog or connect through a Facebook app. This year, they’ve also offered a free app that lets users manage their virtual red kettle accounts from their iPhone.

The Salvation Army Facebook Page features a customized application for the Angel Giving Tree, a program presented by JCPenney that provides clothes and gifts for children and senior citizens. This year, Facebook users can participate, share their stores, and invite others to become fans of the cause on their Facebook page. And in Tulsa, the Salvation Army partnered with Social Media Tulsa to launch Tweet4Toys, a toy drive for needy children that banks on Twitter for its primary means of promotion. Participants are encouraged to use the #Tweet4Toys hashtag and to share photos, for example, a picture of a toy they’ve dropped off. The accompanying website includes a live counter that tracks Twitter mentions, and displays the profile photos of people who’ve used the hashtag to support the cause.

HelpAttack, while not technically a charity, promotes online philanthropic giving and works to connect users with causes. Taking a cue from the traditional charity walk-a-thon, where sponsors are asked to donate a certain amount of money for every lap walked, HelpAttack! invites participants to log-in through Twitter and pledge to donate a specific amount per tweet for a 30 day period. Donors can choose from any of the nearly 6,000 different nonprofits that are connected to the program, and have the option to suggest causes or organizations that aren’t already included. Users also earn “coins” for certain actions, like offering tips or pledging to certain types of nonprofits (although the website has yet to define what coins can be redeemed for: “What do they mean? Can you trade them in for real world merchandise? Will GOB from Arrested Development pull one from behind your ear? Stay tuned.”) Since it’s launch earlier this year, HelpAttack! has raised more than $3,000. The company also plans to release a Facebook version in early 2011.

As we enter the holiday season, be on the look out for other philanthropic organizations taking charge and making change through social media… and let us know who they are!

Read next: Sprint's next 4G smartphone finally smiles for the camera