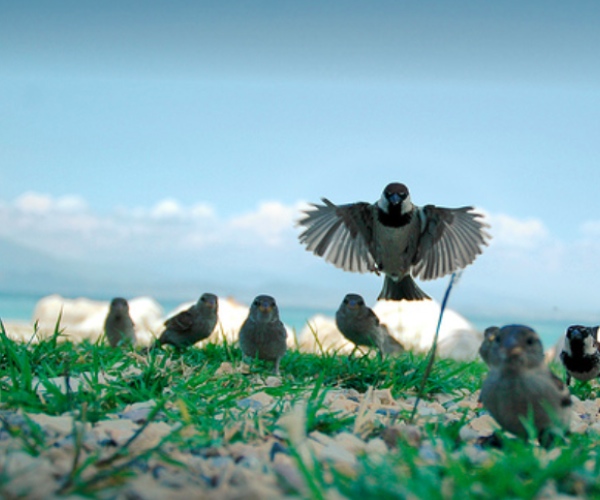 We all know how much of a growth curve Twitter has been on over the last couple of years and if there is one industry that has embraced it with great gusto it is the various strands of the media industry. They’ve hyped it up and brought it to the masses, integrated it in to their media as well as relying on it for breaking stories and and angles on news stories. Twitter has clearly changed the way that we all consume news and how the news finds us and we are watching people within the media have to adapt right in front of our eyes. It’s still something that is evolving as big media organizations relinquish some of the control they have had over the message for so long and the next couple of years will be an incredibly interesting time.

This is fairly common and I think people are coming to expect it. It can get slightly tiresome if somebody is writing 10 articles a day and linking to them all but the main reason I would follow a journalist I respect on Twitter would be to get their latest stories instead of using RSS so having links there is not an issue for me. It does help if people mark their stories clearly and say that they are linking through to their own work so as it gives you the choice. Below is a perfect example of linking with full transparency…

You may have seen some journalists linking to paid content or content behind a pay wall. Have seen this happening more and more recently and it’s an interesting concept which essentially turns journalists in to sales people for the publication. Journalists are like anybody else and they love having their work read by as large an audience as possible and it probably frustrates them being behind a pay wall but at the same time in order to preserve quality journalism a clear revenue model of some sort needs to be found ASAP. This also happens in Radio and TV where personalities hype their own work which drives people to watch or listen which then means more ad sales.

Self Promotion On TV And Radio

This is one that always gets me thinking. A radio or TV presenter will use the huge platform they have to promote their TV show or radio slot often with the backing of the broadcaster. What this does is it drastically increases the amount of followers the personality has but they remain the personality’s own followers and don’t belong to the broadcaster. Now imagine that personality was to leave and pursue a career elsewhere with his 50,000 followers? As a broadcaster I would certainly be paying somebody with 50,000 followers a bigger salary than somebody with 5000. The easy option here and the one that many people follow is setting up a Twitter username related to the show which is non transferable.

Doing It Badly With Television

For all the effort of big TV shows around the world to integrate Twitter in to their shows it hasn’t really worked. It has worked in some instances for asking questions or adding to the debate but by in large it hasn’t really moved things forward much more than SMS. We’ve seen all sorts of widgets and apps but by and large the TV show will have very little control over the conversation happening on Twitter with it instead being started by people sitting at home following a hashtag with a laptop on their knees. Somebody will crack the TV/Twitter integration pretty soon but nothing I have seen so far really excites me.

Traditionally when you launch a new publication online it would take a serious amount of time, money and energy to build an audience but thanks to Twitter that has completely changed. I’m thinking about publications like The Journal iHon Ireland that has barely been live for 2 months yet through Twitter has managed to attract a large audience almost immediately. If you have good enough content these days and have a bit of a following on Twitter you can launch something and get it traction in a fraction of the time it used to take.

Good journalists and people within the media will use Twitter as the ultimate tool for generating a huge list of sources. Rather than running around for an hour trying to confirm something having the right contacts and a well placed DM will help verify a story or give some insight or and angle that would not have been there otherwise. The beauty of using Twitter as a source is that geographically it doesn’t matter where you are and sources can be cultivated all over the world.

By the time many journalists have time to get in and cover a story it has often broken on Twitter, been discussed and passed off as old news. Increasingly journalists are having to provide the perspective on the story and analyze the news rather than actually breaking the story because that is being done by the man in the street with a camera phone or somebody in a place of power who can send one tweet that breaks a huge story. The good journalists are using this real time nature to their advantage but the bad ones are sitting on the sidelines asleep.

In a short period of time plenty of media stars and journalists have been able to build community around themselves. In many cases personalities who had previously been perceived in a negative light have been able to change their perception online as people see the real personality. The more powerful your network is the better information you have access to and it allows you to reach more people with your ideas. It takes a while for people embracing Twitter for the first time to realize that the power is in the community and the network but the journalists, broadcasters and TV stars who have done this effectively have put themselves in a far more powerful position.

We are only at the very start of this latest trend but I am seeing more and more large media organizations selling in the reach of their social media profiles alongside traditional advertising. So X radio station might have 50,000 followers on Twitter and as part of their competition package not only do you get to their radio listeners but you also get to their Twitter followers. It is harping back to the old shouting at people rather than talking to them and media outlets will have to be careful here because there is no faster way to lose your following than to start marketing at them all the time.

What journalists now have at the tip of their fingers that they never had before is access to a real time people search engine that can tell them what millions of people are thinking about one single topic in any country around the world. Journalists can see what brands are up to online, how celebrities are behaving and ask their network questions that no search engine could possibly answer. Some might say that it could make journalists lazy giving them the easy answers but to many it is an invaluable tool that they simply could not do without anymore.

Read next: Tumblr goes down, now at two hours and counting